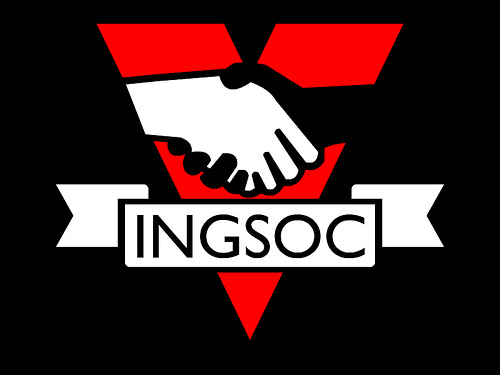 Why does the hair stand up on the back of my neck when I read artist statements, reviews and essays that invoke the word “community?”

Artists and writers who use this language seem to have a specific idea of what kind of community they’re looking for and what kind of poets they would allow in to their little republics. From what I can gather, most of the time this invocation of community points to a fuzzy notion of unstratified, late-Pleistocene-era hunter-gatherer bands who lived without clear social divisions. I view with skepticism artists who use the word and concept of community in this currently fashionable sense, because most of the time they’re using it to establish themselves as de facto gatekeepers, establishing their personalized moral and aesthetic prerequisites for entrance.

I was recently at a meeting of artists discussing institutional programming and one of the participants expressed concern about art that might be, in her words, “racially questionable.” She laid the phrase down on the table as if it was perfectly clear what it meant. I, for one, had no idea what it meant. But I imagined the slack euphemism coming out of the mouth of any of the current Republican presidential candidates and I got a chill.

It’s not much of a secret that we live in a police state. In 2012 the Bureau of Justice Statistics reported that the police force in the United States grew by 25% between 1992 and 2008. That’s an increase of over 200,000 cops, and represents an annual growth rate of 1.6%. The current population growth rate is .77%. Police department spending continues to rise in the face of severe economic instability. Nothing in a society occurs in isolation and if our streets are crawling with police SUV’s (which they are), artists should be on the lookout for language police in our cultural institutions.

Much of the field of radical art, literature and journalism has taken a hard right turn and regularly veers dangerously close to embracing censorship against “thought crimes.” If that seems like an exaggeration, consider the fact that it’s become de rigueur to regularly and publicly shame people for using the “wrong” words. National leaders in American art and politics have pulled a slick trick by enlisting young, confused so-called progressive students into a movement to encourage the censorship of certain language in an effort to smooth out the jagged edges of the reality that such language refers to and represents.

One of the ironies of this decay of art and criticism in the face of homogenizing globalism is that it embraces all manner of essentialisms. Artists are routinely boiled down to“black,” “female,” “Hispanic” or “queer.” These designations, which are intended as symbols of a diversity that doesn’t actually exist, tend to reinforce racism, sexism, and homophobia. In Black Skin, White Masks, philosopher and psychiatrist Frantz Fanon writes, “Introducing someone as a ‘Negro poet with a University degree’ or again, quite simply, the expression, ‘a great black poet’… . These ready-made phrases, which seem in a common-sense way to fill a need, have a hidden subtlety, a permanent rub.”

The 21st-century network of American museums, galleries, universities and especially residencies may not look like Oceania’s drab Ministry of Truth, but that hasn’t prevented it from refashioning the anthropological idea of community into a notion that resembles a pseudo-Leninist version of Ronald Reagan’s “shining city on the hill.” I don’t want to live in Olafur Eliason’s “collective” Lego metropolis. I want to knock it down and pulverize the pieces.

The belief that marginalized people are so diminished by their labor that they need dutifully educated 35-year-old curators and residency hoppers to show them how art can help them engage in “community-building” is astonishingly condescending. Human beings build communities—it’s what they do. In fact, this notion rests on the assumption that money and power are already located in the right hands. Soft censorship and a more even distribution of centrally held wealth are seen as the answer to oppressive social stratification.

This “progressive movement” amongst the intellectual and artist class in the U.S. is at best a slight release of pressure from a valve on the verge of explosion. At worst, it is conscious manipulation of oblivious MFA-holders with dubious distractions like “placemaking.” No group of people have ever bargained their way out of servitude. And human history shows us again and again that revolution brings war. The question, every time, eventually becomes: “Whose side are you on?” Human nature really is a bitch.

On topic, from 2006: Clark Flood on the “vibrant art community”

“Artists are routinely boiled down to“black,” “female,” “Hispanic” or “queer.” These designations, which are intended as symbols of a diversity that doesn’t actually exist, tend to reinforce racism, sexism, and homophobia.”
Michael, seriously? WTF are you talking about? “Symbols of diversity that doesn’t actually exist” it absolutely does exist. More nonsensical rantings of a privileged white male!!