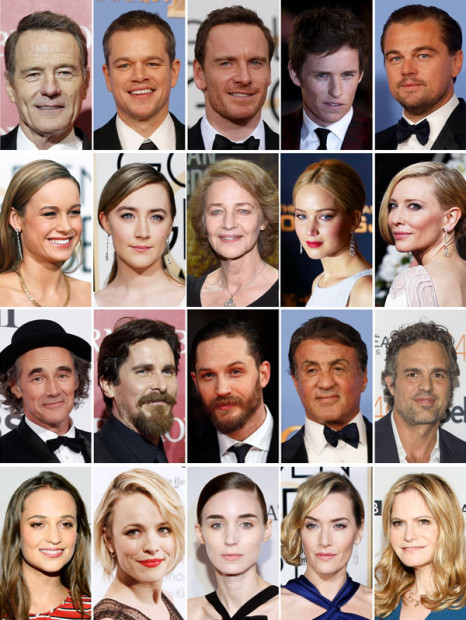 As a legit award, the Grammys died in 1983. That was the year Toto’s album IV won album of the year, beating out: Johnny Cougar’s American Fool, Donald Fagen’s The Nightfly, Billy Joel’s The Nylon Curtain and Paul McCartney’s Tug of War. If you’ve never heard any of those albums, just picture a montage scene of a lawyer dad in 1983 Hartford, Connecticut getting dressed for a squash match: now imagine the soundtrack. As a point of reference, here are some other albums that came out in 1982 (the year of consideration): Prince’s 1999, Talking Heads’ The Name of this Band is Talking Heads, The Cure’s Pornography, Kate Bush’s The Dreaming, Bruce Springsteen’s Nebraska, Bad Brains’ S/T, XTC’s English Settlement, Roxy Music’s Avalon and Richard and Linda’s Thompson’s Shoot Out the Bright Lights. 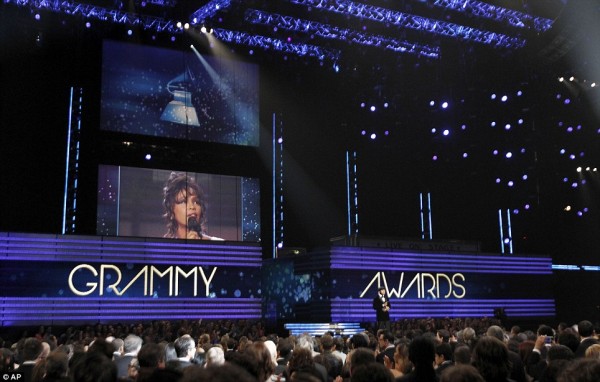 It doesn’t matter that The Miseducation of Lauryn Hill or Random Access Memories later won Grammys, or that everyone expects mainstream awards to be square. You can’t be that square—Tom Cruise-dancing-on-BET-square, that-video-your-office-made-of-all-your-co-workers-dabbing square. When you enter the fedora-bro fractal Interstellar black hole of the infinite library of out-of-touchedness, you never get to come back. And it looks like the Oscars are going there this year.

As you no doubt have heard, for the second year in a row the Oscars have nominated all white people for the acting awards. 20 sparkling white keys. Perhaps it would sting less if it were an exceptional year for movies, like 1974 or 1999, but it’s not. So there’s the dull annoyance of seeing Bryan Cranston nominated for Trumbo, Jennifer Lawrence nominated for Joy, and greedy, shameless Eddie Redmayne nominated for The Danish Girl.  Because of this, prominent celebrities have boycotted this year’s upcoming ceremony, and the hashtag #oscarsowhite keeps trending, and the Academy made the radical move of changing membership procedures. It’s the first time it’s done so since the ‘70s. (In the late ‘60s, Hollywood was making movies like Easy Rider while the Academy was giving Oscars to G-rated sound-stage extravaganzas like Oliver! and Cat Ballou, so they forced a bunch of old people out basically).

This is all well and good, but preventing a Grammy-esque death spiral will take more than the Academy increasing diversity. The entire template and industry of the “Oscar movie” must be rejected and destroyed. Just as the Grammys must consistently shun audiophile odysseys of white-man moroseness (hello Beck’s Morning Phase—I’m looking at you) in its attempt to return to legitimacy, the Oscars must stop nominating period pieces starring Eddie Redmayne. 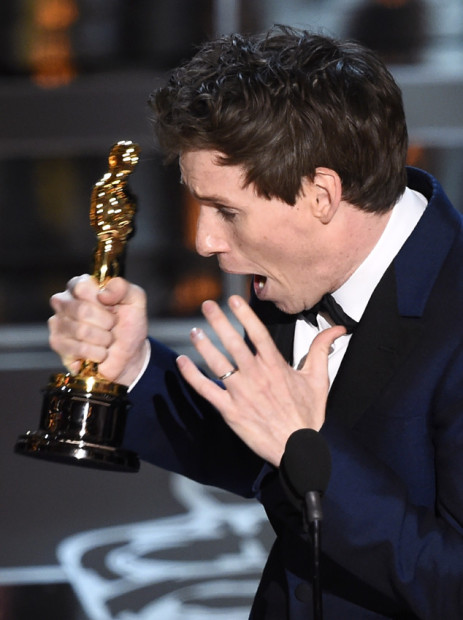 Before 1970, the Oscars were genuinely unpredictable. A low-key movie about a romance between two working-class Bronx people could win best picture (Marty); so could a really earnest movie about a three-ring circus (The Greatest Show on Earth); so could several musicals about old perverts in Europe (Gigi, My Fair Lady). It was a real crapshoot. But starting in 1970 the Oscars began to consistently award movies of a certain tone and tenor. You know what I’m talking about: you’ve snoozed through A King’s Speech on a long flight. The Oscar movie has a certain stuffiness—gravitas, self-serious smugness, a lugubrious, a humorless look back at the past—the cinematic equivalent to an unplugged Mark Knopfler concert at Red Rocks. Since 1970, of the 45 best picture winners, 27 (in my conservative estimate) can be categorized this way. So if you want to win best picture, make a biopic about some plucky people solving math equations on windowpanes while gently and respectably overcoming bigotry. 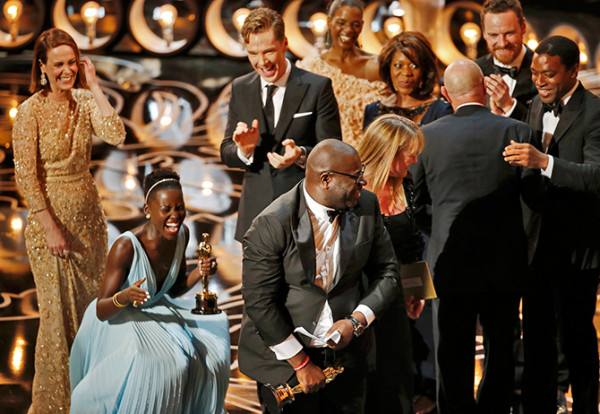 One of the problems with this model is that: it focuses talent and scarce “serious money” resources to historical prestige films that are generally about white people. The reason why it’s mainly/exclusively white people is because historical stories about white people interacting with people of color are usually pretty heavy bummers, which studios in turn are reluctant to fund. In addition, we’ve reached an age of instant and ruthless mockery, so earnest and dorky movies about stoic and brooding white people really getting the oppressed (Glory, Dances With Wolves, Cry Freedom, The Killing Fields, etc.) don’t fly anymore. 12 Years a Slave succeeded by being such an undeniable masterpiece. (It irritates me when white people say: “Great movie, will NEVER see it again,” because it diminishes the artistry and intelligence of the film which casts a spell akin to the best horror films—a lucid nightmare like the Texas Chainsaw Massacre—except it’s real.) But even still Brad Pitt had to slide in to play a noble, decent Canadian carpenter to reassure audiences that there were always some good white people around. 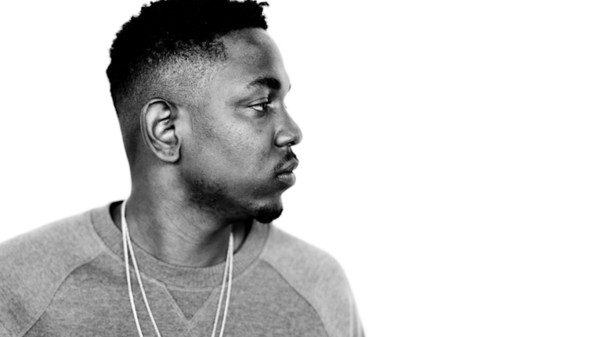 The Academy membership is very old, white and male. Thus, their discomfort in rewarding movies that are not primarily concerned with white people and their feelings (Creed, Straight Outta Compton) is not surprising, and the coming procedure changes should help to increase the number of voting members who are not threatened by such movies. 2016 might be a break of sorts. The Nat Turner biopic Birth of a Nation sold for a record $17.5 million at Sundance; Kendrick’s To Pimp A Butterfly will hopefully win a full slate of Grammies; Don Cheadle’s Miles Ahead (a semi-fictional look at Miles during his pretty intense coke-and-sex-addicted late ‘70s sabbatical) is released in April; Ryan Coogler is doing The Black Panther with a mainly black cast. I also think everyone realizes (even if they think otherwise) is that there’s been a legion of movies with white people about universal experiences and that by simply adding more color to the cast ipso facto makes the movie potentially more interesting. If there’s an indie movie about a white dysfunctional family struggling with a sudden suicide, it better be Kenneth Lonergan-level or else the only way I’m watching it is if I have food poisoning in a hotel. However, replace the cast with an underrepresented minority and by the very nature of its newness, it’s elevated. 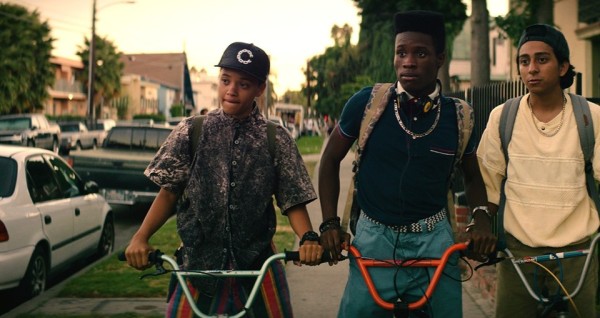 For so long diversity in movies often meant a glum, didactic history lesson that wasn’t particularly fun to watch and seemed vaguely embarrassing to make; some tremulous white savior (always Matthew Modine, even when it was Sam Waterston or Kevin Kline, it was Matthew Modine) helping a pure, gentle, ethnic saint. What movies like Creed and Straight Outta Compton illustrate—and including less-seen crowd-pleasers like Dope and Beyond the Lights—is that it all gets a lot breezier and more entertaining when people of color can just make movies, instead of having some messianic French dude make epics about terrible historical tragedies (the white savior flush of Roland Joffé’s The Killing Fields, The Mission, and City of Joy is unbeatable; don’t even try to step Edward Zwick!).

So rule changes with the Academy are good, but what really must increase (and shift) is the flow of money and production. If the studios can give dutiful man-children like Colin Trevorrow and James Gunn hundreds of millions of dollars to make movies, they can give some non-white directors at least ten million. Who knows: someone might even make a black Marty and win a bunch of Oscars.

It’s The King’s Speech, not A King’s Speech. But sadly, the Academy has gotten things wrong more often than it has gotten them right, in my opinion. And that’s just it, opinion. Awarding “Best” awards to works of art is always subjective. And with motion pictures, you have that mix of business and art — movies have to make money for filmmakers and studios to be able to make more movies — that make it even more subjective.

A bigger problem, I think, has been the campaigning for awards. Mediocre movies like The English Patient and Shakespeare in Love won Best Picture awards over more groundbreaking or emotionally affecting films like Fargo and Saving Private Ryan because of the big push for votes from the studios (i.e. Miramax and the Weinsteins). But that’s, again, just my opinion.