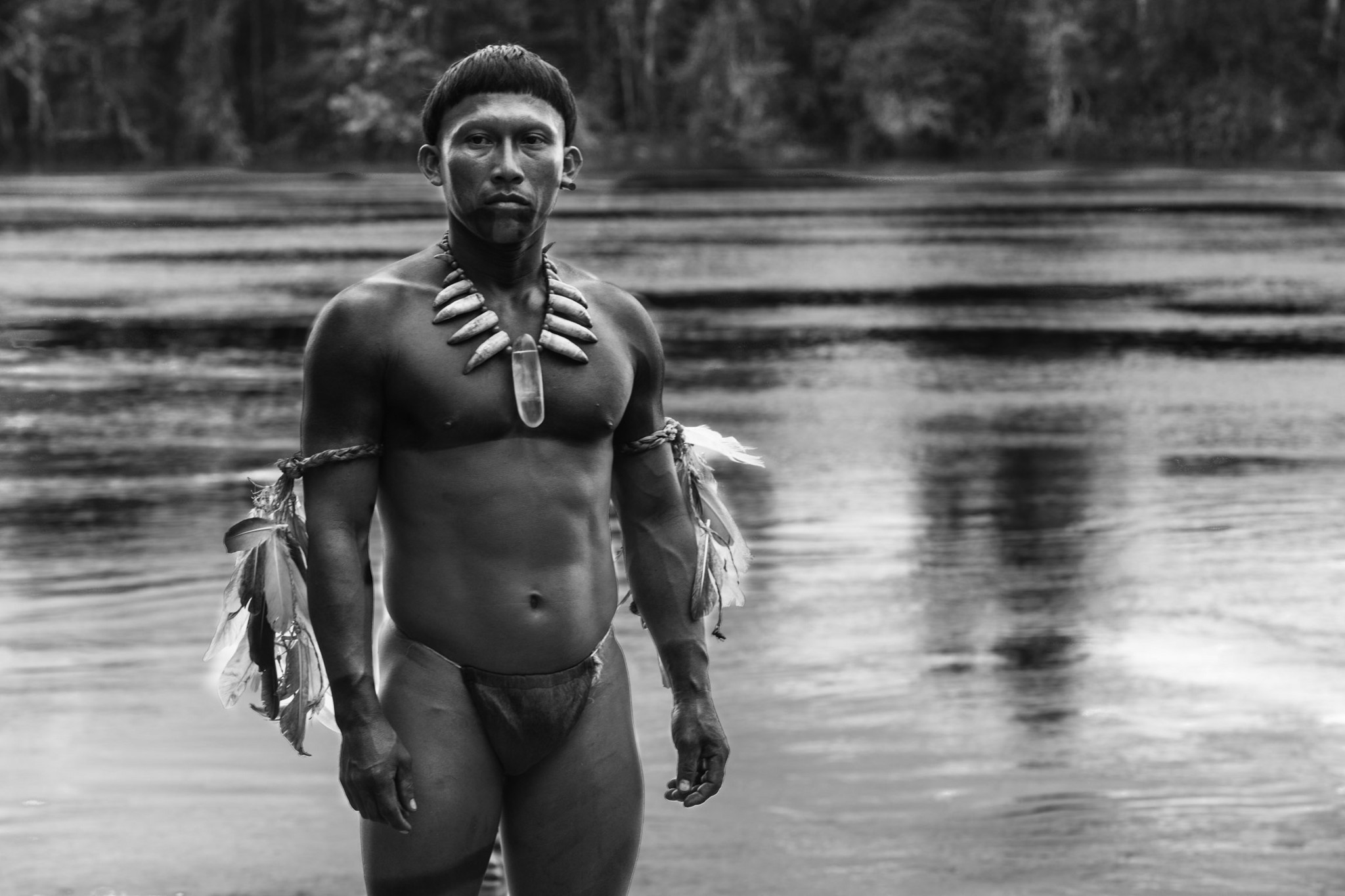 Still from Embrace of the Serpent

I love movies about native and indigenous people. As a white man, I realize I’m in dicey waters with that proclamation, akin to saying world music is my favorite genre (it is).

Movies about indigenous people are usually awful because of colonialism and racism; the people that make them are mainly white and despite sometimes earnest intentions, the old icky “white man’s burden” vibe rises like bile in the back the of the throat. Thus, most of these movies fall into two equally cringe-making lanes: 1.) Movies that are purely, triumphantly colonial and white supremacist (e.g. most westerns; Swiss Family Robinson) where the indigenous people are faceless terrifying hoards coming for the white women and children; or, 2.) the white savior trope (e.g. Dances with Wolves, The Last Samurai, The Mission) where a disillusioned and soulful white man leaves his hypocritical white life and lives amongst indigenous people and finds himself and then righteously fights for the native cause. 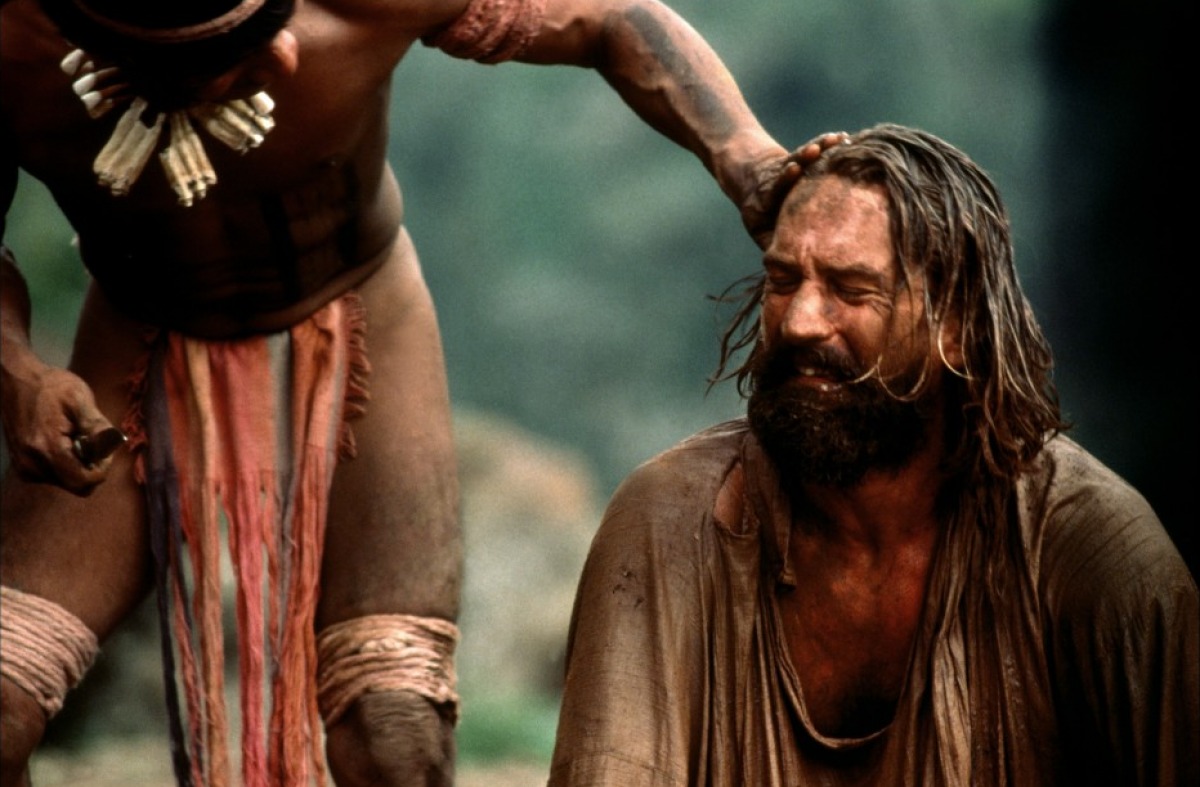 Still from The Mission

In some ways, the white savior conceit is almost more infuriating, because at least in the ones that are colonial and are basically race wars, the natives get to be gnarly badass fighters. Usually in white savior movies, the white savior somehow becomes the most twisted warrior of all (Last of the Mohicans). Think of the end of The Last Samurai; it’s the same as the end of The Matrix, but with Tom Cruise becoming an enlightened, man-bunned samurai Neo and tiny kicking his way to Nirvana.

To be clear, these savior ones are not the type of movies about indigenous people I love, although I do watch all of them. But: there is a third vein: elliptical, dreamy movies where a harried white person encounters a native guide and embarks on an elegiac journey. The worst of these movies are variations on the white savior and feature the dreaded (literally and figuratively) “magical” brown/black person—a sage, benign wise man of endless kindness and grace. In a display of wretched, stammering unctuousness, the liberal film industry decided that a proper atonement for years of racist caricatures was to depict indigenous people as literal angels.

However, the best of these elliptical movies—Walkabout, Where the Green Ants Dream, The Wave, Fitzcarraldo—present a haunting, melancholic paean on colonialism, the experiential totality of culture, and the beautiful and baffling and sad experience of being alive. Embrace of the Serpent, a Colombian film that was nominated for best foreign film at the 2015 Oscars, is the best movie I’ve ever seen with this story, and simply one of the best films I’ve ever seen.

Embrace of the Serpent brilliantly adapts the real journals of two white western explorers of the Amazon—Theodor Koch-Grunberg and Richard Evans Schultes—splitting the narrative into the early and mid-20th century, and threading the tales with a fictional guide, the shaman Karamakate. Both actors (Nilbio Torres as the younger Karamakate and Antonio Bolívar as the elder) are stunning in their pathos. Begrudgingly guiding Theo, the young Karamakate is one of the last of his Amazonian tribe, wounded and paranoid amidst the horror of the rubber barons. Guiding Schultes, the older Karamakate has been alone for decades and has forgotten a kind of wisdom of his youth. “The forest used to talk to me,” he says, “now, I hear nothing.”  Embrace of the Serpent, like The Emerald Forest, and Chac (and real talk, even Apocalypto), are unapologetically mystical.

Embrace of the Serpent

There really is a magic, or at least truth, in the jungle, and the white western greed to conquer nature is a grotesque pillar of sand. Ciro Guerra and Cristina Gallego (the director and producer of Serpent), respect this mysticism but also an elemental human loneliness—the elder Karamakate is horrified that a white man has to make the ayahuasca powder, and weeps in the middle of the night distraught from forgetting, from losing touch. Embrace of the Serpent is one of the depressingly few movies I’ve seen where indigenous people are depicted as total people, not faceless threats, and not stoic, sage wizards. They are fully human, dazed and haunted by the trauma of the first and ineffably cruel rubber boom.

When Theo’s assistant Manduca, a former slave to the rubber barons, finds a grove of rubber trees being tapped, he flies into tears of rage, ripping the taps from the trees and kicking over the bowls of milky rubber. A distant cry amplifies and a hobbled man, the custodian of this grove, several of his limbs amputated through torture and cruelty, tries to salvage some of the spilt rubber before begging to be killed, knowing that to survive is a fate worse than death. In two minutes of screen time, the horrors of conquest, human chattel and the rape of nature are concentrated into an almost unwatchable sequence of truth and pain.

There’s a reason why there isn’t an American film like Embrace of the Serpent about Native Americans. There’s a reason the best movies about Native Americans are bitter, surreal tragi-comedies (Little Big Man; Dead Man). There’s a reason that it took until 2016 to merely move the rageful, racist maniac from the front of the $20 bill to the back of it. Read these quotes, especially Ronald Reagan’s (that one is from 1988). The past is painful and must be smoothed and blurred into a soothing story of “understanding.”

It wasn’t until 2013 that an unflinching movie about American slavery was made, albeit made by an icy, unsentimental, British savant. And still, most white people will say: “I saw 12 Years a Slave and once was enough!” because to see such pain unvarnished, without the lozenge coating of a redemptive cross-racial friendship is almost too much to bear. Lost in most responses I read/heard was a recognition of the beauty of the film—the churning wake of the riverboats, the low silver gauze of Spanish moss, the oily marbled sunsets. I understand the difficulty of processing aesthetic beauty in films about the infliction of great pain and destruction, but I believe there’s a truth to such approach. After all, we’ve been so very cruel as long as we’ve been walking this lovely planet.

All of Embrace of the Serpent, even scenes of ghastly brutality, are wondrously gorgeous. The film crescendos in a psychedelic-trip journey akin to the last third of 2001: A Space Odyssey, at once deeply moving and unsettling. 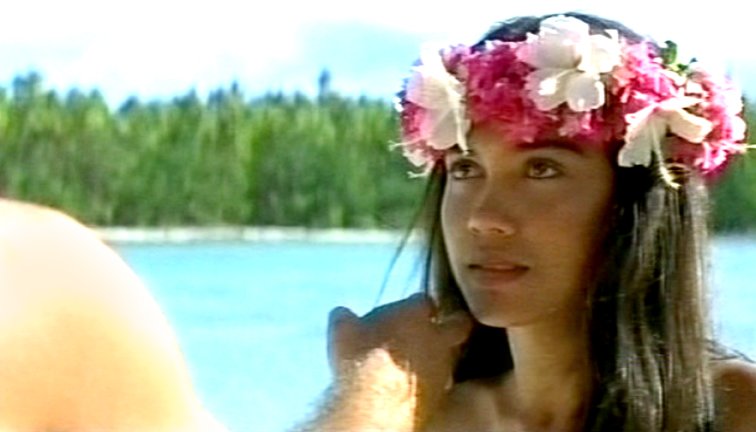 As an equally psychedelic inverse, Tracey Moffatt’s brilliant video piece Other, climaxes in an ecstatic and absurd eruption of the cosmos. The piece dizzyingly edits from a half century of movies about “others” (people of color) splitting into four movements: threat, dance, seduction and embrace. It’s funny and depressing and sexy and it succinctly breaks down the colonial gaze to its desperate, relentless pathos for contact. The blissful apocalyptic conclusion of Other is a dewy-eyed dream, sad because of its distance, and it pings off the devastating final shot of Embrace of the Serpent. Both works are unsparing in their vision and that gives them a serene empathy. It’s an understanding that what binds us across race, culture and time is that we’re all alone.