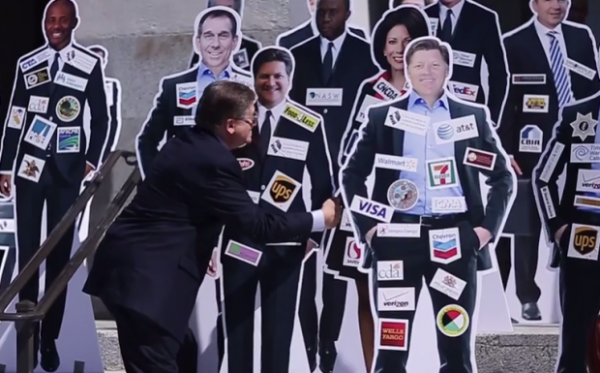 An organization called “California is Not for Sale” will launch an active signature-gathering campaign on January 1 to put a new initiative on the 2016 state ballot. San Diego entrepreneur John Cox’s proposed initiative would require state legislators to wear the logos of their top 10 campaign contributors on their clothing when they advocate for policies on the Senate or Assembly floor. “If an Assemblyman argues for oil companies to have the right to drill in our state forests because he is generously funded by wealthy oil corporations, the average citizen would not know,” said Cox. “Under these new rules, that conflict of interest would be sewn onto his chest for everyone to see.”

Various articles have referred to the idea behind the campaign as being inspired by the jumpsuits of NASCAR drivers, but we know the original inspiration must have been “SUITS: The Clothes Make the Man” by The Art Guys with Todd Oldham (1998-1999).

The Art Guys are the gladhanding politicians of conceptual art and readily admit that they are for sale. If this catches on in other states, maybe Todd Oldham will step back into the fashion world to design the suits and, at least, we’d have well-dressed legislators. 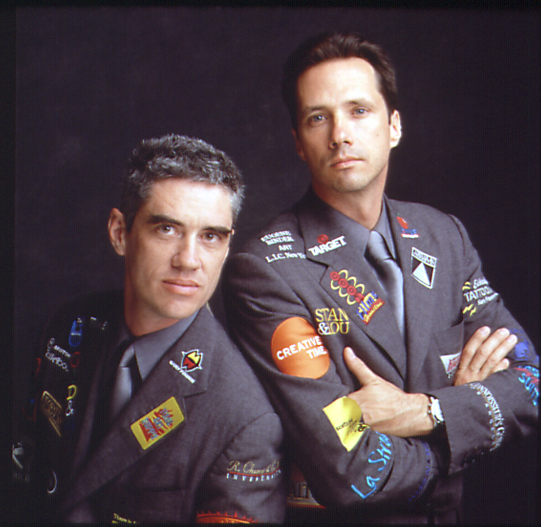 Portrait of The Art Guys by Timothy Greenfield-Sanders via ArtGuys.com