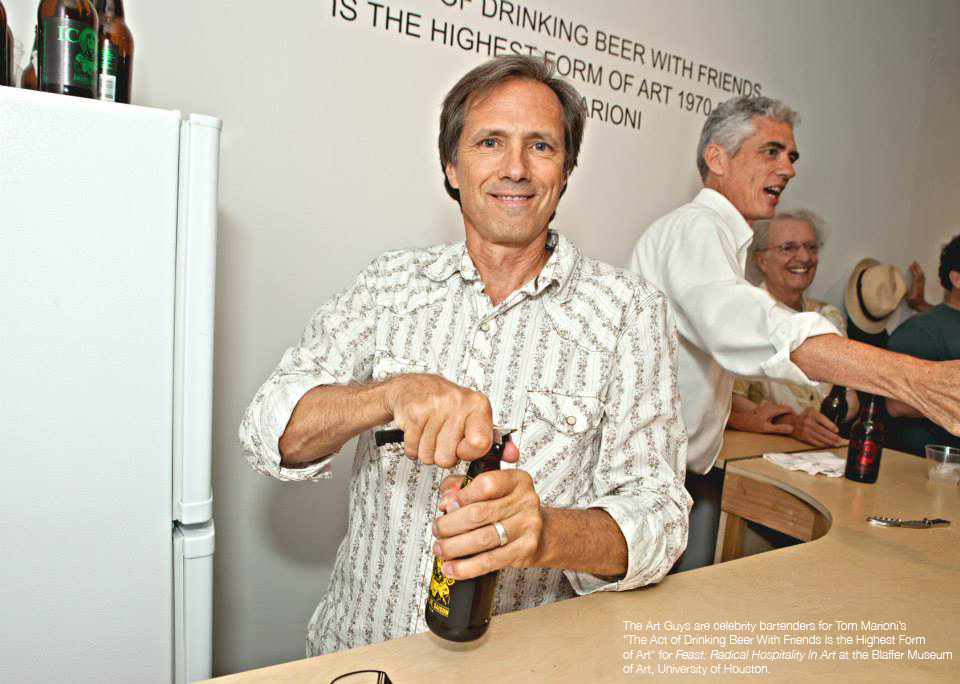 The Art Guys serving beer at the Blaffer Art Museum. Image via theartguys.com.

“BEER IS ART.” That’s the first line of the email from the International Museum of Art & Science (IMAS) that contains the press release about IMAS’ Brew-seum (get it?) Craft Beer Week. It originally started seven years ago as A Night at the Brew-seum, but this year marks the fifth annual Brew-seum Battle of the Brew Homebrew Competition.

Everything is art and everyone is an artist and/or curator these days, but the IMAS in McAllen, TX is a prestigious Smithsonian Affiliate, so if it says beer is art, it might be time to put down those paintbrushes and send in those homebrews. Besides, the Blaffer Art Museum pulled it off a few years ago with Tom Marioni’s famous beer salon: The Act of Drinking Beer With Friends is the Highest Form of Art.

Craft Beer Week isn’t until April 5-10, but the deadline for entries is March 23.

Review: “Uncovered Spaces” at the International Museum of...