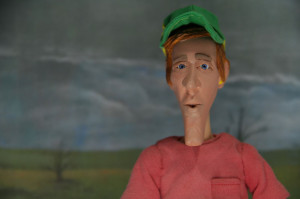 Thursday is a busy evening in the Houston art scene but, for antisocial art-lovers who just want to stay in, there is also a (relatively) new half-hour TV show on HoustonPBS, which features local (and some international) artists.

Hosted by Ernie Manouse, of the long-running, award-winning InnerVIEWS with Ernie Manouse, Arts Insight covers various aspects of the performing and visual arts. The show has already featured the Menil House, the Art Guys, the Blue Trees, James Turrell, the Art Car Parade, and Michael Bise, among others. Artist and animator Seth Mittag is the star of tonight’s 7 pm show, which also takes a quick trip to Houston’s Aurora Picture Show.