Plant Saga Settles: “Hysteria over a somewhat silly piece of art” fades into “one of the more bizarre art world episodes in recent memory.” 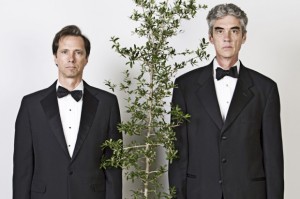 D magazine’s Peter Simek summed up the Art Guys Marry A Plant saga for Salon Magazine Tuesday. No news, but it’s a foreshadowing of how the whole thing’s going to settle out, in the absence of fresh irritations: a slightly abashed Menil, in Simek’s words “standing over an empty hole in the ground with its tail between its legs”, the Art Guys with a renewed chariness of institutions, “doing things out in public, away from the paradigms of galleries and museums.”