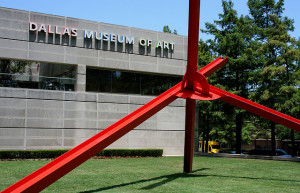 The Texas Commission on the Arts announced its 2016 Cultural District Project Grants across the state, which total around $1.5 million, with a whopping $500,000 of it going to the Dallas Museum of Art (via the DMN and the TCA) “to support bringing the exhibition, ‘Jackson Pollock: Blind Spots’ for its exclusive U.S. debut to the Dallas Arts District to attract visitors.” No other single Texas museum came close to getting that kind of dough in this round.

Per the TCA, “Cultural district development is one strategy that helps a community boost their economies while realizing other cultural and civic benefits.” Houston and Dallas each received just over half a mil for various non-profits and initiatives.

If you’re curious, here’s the TCA’s map of the state’s Cultural Districts (established and burgeoning). For more info, go here and here and here.