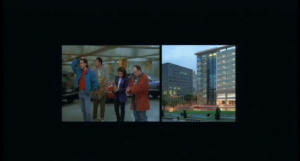 It helps to see it.

For years, if you missed one or live outside of DFW, you could listen to a podcast of any of the individual lectures from the excellent long-running series, Tuesday Evenings at the Modern, at the Modern Art Museum of Fort Worth. (It was usually made available through the website within a few weeks of it happening.) Terri Thornton, the series’ organizer, and the Modern have announced that in addition to the podcast, the Modern has indeed joined us in 2015 (I joke!) and launched a Modern Youtube channel for the video-recorded version of the same; the videos will also be linkable through the Modern’s blog.

The podcast will still be made available, which is good for driving, but the video is will generally be preferable considering just how visual these lectures can be. Often, as you might imagine, the guest brings along an entire on-screen presentation that accompanies or even directs the lecture. Again, here’s the channel and the first available lecture: Janet Zweig and Dan Magnin (from Feb. 17, 2015).