[Sponsored] Ten Questions: Alison Hearst of the Modern Art Museum of Fort Worth 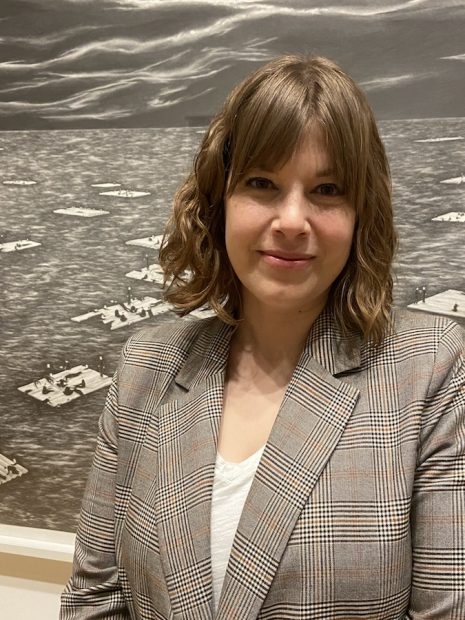 Alison Hearst is Associate Curator at the Modern Art Museum of Fort Worth, and the curator of the museum’s FOCUS exhibition series. Next up in that series is FOCUS: Hrair Sarkissian, opening January 24. It explores how violence can be made invisible, histories of erasure and restitution, and the sediments of conflict.

What is your greatest extravagance? travel and sheet masks

What is the trait you most deplore in yourself? overanalyzing

What is the trait you most deplore in others? apathy

What is your current state of mind? energized

Which words or phrases do you most overuse? amazing

Where would you most like to live? Tokyo …  or maybe at this rate, Mars

Who are three of your favorite artists right now? This isn’t really a fair question, but Arthur Jafa, Cady Noland, Francis Alÿs

Best art show you’ve seen in the last 12 months? It’s a tie between One Day at a Time: Manny Farber and Termite Art at LA MOCA and Hans Haacke: All Connected at the New Museum

Who are your favorite writers? This is also too hard, so some of my favorites from the last 12 months are: Hanif Abdurraqib, Ocean Vuong, Michael Pollan, David Sedaris (always and forever), and Michael Diamond/Adam Horovitz (AKA Mike D and Ad Rock)

If you could own only one work of art (but it could be any), what would it be? Luis Barragan’s Casa Barragan, so I could live in it

Alison Hearst is Associate Curator at the Modern Art Museum of Fort Worth. As curator of the museum’s FOCUS exhibition series, she has presented solo exhibitions of Fred Tomaselli, Mario García Torres, Joyce Pensato, Martine Gutierrez, Thomas Demand, Lorna Simpson, Analia Saban, and Stanley Whitney, among others. She is the curator of the twenty-year survey Robyn O’Neil: WE, THE MASSES, which opened in fall 2019. She also organized Donald Sultan: The Disaster Paintings, which traveled to the Lowe Art Museum, Miami; Smithsonian American Art Museum, Washington, DC; North Carolina Museum of Art, Raleigh; and Sheldon Museum of Art, Lincoln. Hearst served as assistant curator of the major exhibitions Urban Theater: New York Art in the 1980s and México Inside Out: Themes in Art Since 1990. In addition to her FOCUS publications, she is the editor and contributing author of Donald Sultan: The Disaster Paintings and a contributing author to México Inside Out: Themes in Art Since 1990, Urban Theater: New York Art in the 1980s,Katherine Bernhardt: Swatches and the new catalogue of the Modern’s permanent collection, Modern Art Museum of Fort Worth: Collection Highlights. She received an MA in art history from Texas Christian University and a BFA in art history from the University of North Texas.