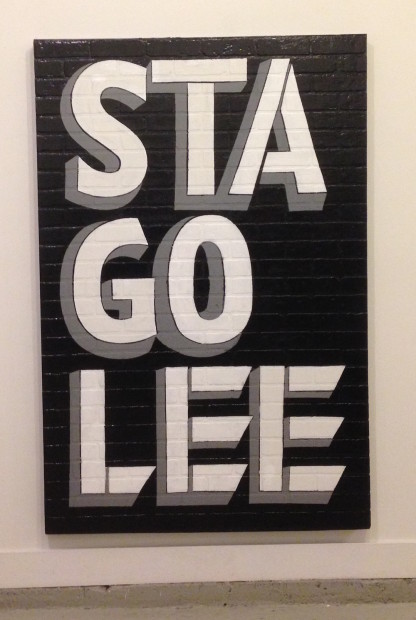 As Long As These Weeds and the Green Grass Grow is a show of collaborative signs by contemporary artist Jamal Cyrus and Third Ward sign painter Walter Stanciell at Houston’s Project Row Houses. Stanciell’s lettering and illustrations are visible on buildings all over the city, but this new project with Cyrus focuses attention on his unsung, unsigned works, and that of others practicing the now-marginal craft of hand painted signage that lends character to Houston neighborhoods. 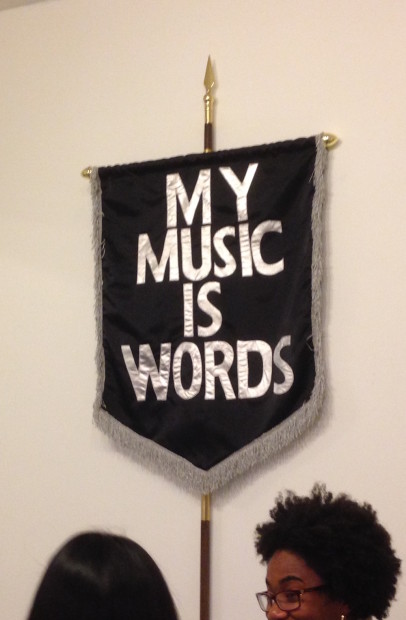 Cyrus has chosen epigrams referring to Black culture of the past six-pack of decades, and contemporary art riffing on the same, creating a two-layer cake of significance ripe for icing. Each sign is different, with Stanciell’s lettering presented on a surface chosen to amplify each text’s meaning. “MY MUSIC IS WORDS”, a quote from musician Sun Ra, is appliquéd on a satin banner like a drum major might carry in a marching band. The more enigmatic phrase “Richard Pryor can receive no visitors until further notice— Thank You” is painted in five shaky lines on a simple plywood rectangle, like an impromptu backstage notice, with an added layer of grim Pryoresque humor: he died in 2005. 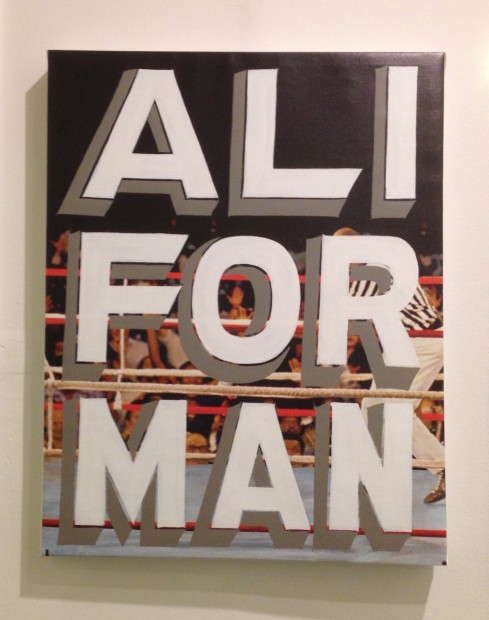 People say we live in an image-saturated culture, but it is even more saturated with words. Text tends to dominate text art, but Cyrus balances reading and looking by pitting the visual strength of Stanciell’s flamboyantly handmade lettering against purposefully broken, blunted phrases with weakened readability like “ALI FOR MAN” and “STA GO LEE.”

But for me, an ex-sign painter myself, another appeal is in Stanciell’s odd, awkward, idiosyncratic lettering. 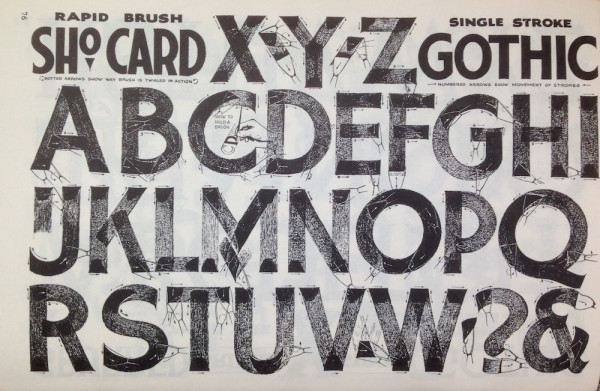 Mostly done in a personal variation of “sign painter’s gothic,” Stanciell’s house style is replete with subtle eccentricities: the exaggerated points on the corners (derived from an old sign-painter’s trick for adding to the illusion of crispness to hand lettering), the sharply raked ends of the horizontal strokes (and exaggeration of the natural slope of hand-lettered brushstrokes) show Stanciell’s links to, and reinterpretation of the conventions of an ancient craft. 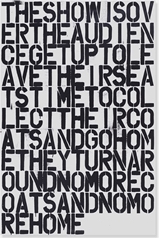 He’s got some modern influences, as well: he almost perversely avoids the standard old-tyme drama of thick-and-thin letterforms in favor of more mechanical blocky constructions, going so far as to imitate Christopher Wool’s crude industrial stencils in “STA GO LEE,” then accentuating them, hilariously, with hand painted drop shadows! Stanciell’s compressed, upright O is borrowed from another alphabet entirely.

Cyrus’ educated postmoderism shows in the brilliant panels of cheesy fake-brick textured Masonite, which brings the urban outdoors into the gallery with lighthearted wit.

As Long As These Weeds and the Green Grass Grow will be on view at Project Row Houses community room through June 21.