Well, it certainly has been a busy week at the Dallas Contemporary. First, it announced the addition of two new curators to its staff; then the much-anticipated, five-years-in-the-making, take-over-the-entire-gallery-space exhibition of Loris Gréaud was invaded by vandals in the middle of Saturday night’s opening. (The vandals were just actors; it was part of the show. Read Christina Rees’ full article on the event here. View video, from WFAA.com, of the mayhem here.) 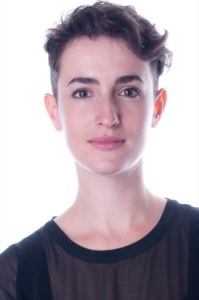 The two curators joining the Contemporary are Justine Ludwig and Alison Gingeras. Gingeras, who will serve as adjunct curator, has spent the last 15 years as the chief curator of the Palazzo Grassi in Venice and as curator of contemporary art at Paris’s Centre Pompidou. She was also and curator at the Solomon R. Guggeheim Museum, New York.

Ludwig most recently worked as assistant and adjunct curator at the Contemporary Arts Center in Cincinnati, but has also worked at the Museum of Fine Arts, Boston, the Rose Art Museum, the Colby College Museum of Art, and the MIT List Visual Arts Center. She is now the Contemporary’s senior curator and director of exhibitions.

Why It Will Be Difficult for Peter Doroshenko...