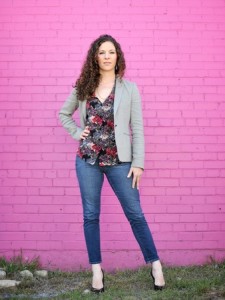 Erin Cluley is is opening her own space

Via CultureMap Dallas: The long-awaited announcement that the associate exhibitions director at the Dallas Contemporary is opening her own commercial gallery in Dallas came today. Erin Cluley, a graduate of MICA, has been with the Contemporary under Peter Doroshenko for five years, and now she’s launching her eponymous space in Trinity Groves. Opening September 13 with a solo show by Baltimore-based René Treviño, it’s the first full-blown commercial gallery in the neighborhood. Cluley plans on showing national and local artists (Francisco Moreno, Kevin Todora, and Josephine Durkin are among the Dallas-based artists named).

But here’s the gold, as CultureMap explains Cluley’s decision to take the leap from the non-profit to the commercial sector: “During a trip last summer to Salem, Massachusetts, on a lark Cluley sat down for a psychic reading. When it was predicted she’d open her own space, she decided to have a sit-down meeting with Trinity Groves developer Butch McGregor upon her return.” And thus, a 2000 square-foot space at 414 Fabrication Street was secured.

Teasing aside, we look forward to seeing what Cluley does. She promises to focus part of her gallery’s energy on helping artists create public artworks for the city, and we like the sound of that. For more info about the new gallery go here and here.

This makes me want to go to an All-You-Can-Eat Chinese food restaurant . . . for the rest of my life.