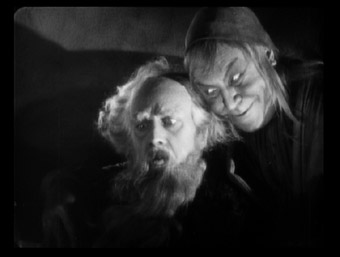 “Artists are the elite of the servant class.”

The world of art, like all human endeavors, is about power and control. It doesn’t take a specialized education or coded language to see this. As a species, we’re vicious; this is how we got where we are. It’s how we built cities, created medicine, fathomed the Holocaust, dropped two atomic bombs on Japan, and it’s why we engineer one genocide after another. It’s preschool, high school and college. It’s Lord of the Flies, Blood Meridian, and Sentimental Education.

There are many art worlds and many kinds of artists, but all of them—from the blue ribbon-winning landscape painter at the county fair, to the most cosmopolitan sculptor in the most exclusive niche of the international art market—use art as currency to gain status from which comes money, which is used to buy power.

There are artists who know this and there are artists who don’t. Those who don’t, believe the art world is a meritocracy. They don’t understand that, by aspiring to place their work in the context of any one of the many art worlds, they have entered, usually unwittingly, into an intricately engineered cult with a Victorian system of stratification in which honesty and integrity are their worst enemies.

Art, as it has probably been since the day a votive object was traded for something of non-religious value, must always be tied to wealth. We admire but do not worship objects because real, primal religious fear and awe probably died before the first church was built. But because people inexplicably keep making things that have neither use nor religious value, art must attach itself to or grow out of a social construct with an already established function and wealth.

The basic structure of what we currently call the art world is little different from what it was in Florence during the Renaissance or in the English courts of the Elizabethan age. Even now, by aspiring to become an artist you are putting yourself and the objects you make up for approval from the court, the king, the pope, the hedge fund, the gallerist, the grant jury, and the Whitney Biennial curators. If you’re looking for artistic validation you’ve already lost. You have to establish that for yourself. What you’re doing by entering the art world is begging for money to continue making the things you make, the performances you perform, the installations you install, and the interventions you intervene with. You must beg because you have no power because you cannot eat, wear nor sleep in art.

We have tended in this and the last century to pretend that this mercenary situation isn’t true. Prophetic figures like Malevich, tortured monks like Van Gogh, punk-rock iconoclasts like Manet, and quiet priestesses like Agnes Martin have helped blur the cold fact that artists as a social group cannot flourish in poverty. In the absence of money, art making becomes merely human need to express thought without recognition, approval or reward. The prisoner in a jail cell scratching out an image on the wall is committing a necessary act and in so doing makes a necessary image that is not necessarily art.

It’s difficult for us to believe, in this always-already commercial environment of entertainment and art fairs, that real art as actual human expression still exists. But it does. Sometimes you will find real art at an art fair just as you would have found real art in the Vatican, along with the pope’s mistress and a dungeon full of tortured converts in the 16th century. The goal of every real artist who chooses to play the art-world game (and there are many real artists who choose not to) is to make something on your own terms out of your own psychological need and force the money to acknowledge it because it is irrefutable, undeniable, and you have the supreme ego to believe that it has the power to change the person who sees it.

For real artists, the need to make art and the desire for attention and reward are separate impulses. Artists clamor for recognition out of ego and little else. They believe that what they say, sing, write, paint or draw needs and deserves to be seen by the world. They demand not only that it be seen but also that they be paid for making it. But real artists also represent human nature at its most essential; they continue to strive for honest, essentially religious expression while living in, accepting, and enjoying a brutal and irreligious world of trade. It’s an irresolvable conflict and artists and the objects they make are an embodiment of this paradox.

There are no enemies in this game. Everyone accepts the rules once they enter the castle. If you’ve gotten past any of the gates consider yourself a good politician or a lucky fool but not necessarily a real artist because there are millions more with their massive egos bruised, their outlooks bitter, in millions of art worlds. They clamor outside thousands of gates. If your sense of integrity prevents you from accepting these terms it doesn’t mean you’re not a real artist. It means you’re not built for the horror show that is the art world.

That’s it. That’s the deal. That’s what Faust is all about.

Michael, as an artist I believe you. I would however like to hear from someone who works for the castle. It seems like they are always so quiet. What would that perspective look like? Any Whitney Biennial curators want to chime in? The problem is, if they believe you too they’ll have a hard time admitting it.

Wow Michael. Thank you. I am anxious to hear what your response is. You are spot on , clear, and crazy correct.
All the best to you. I’ll be in Houston next weekend for a performance at Box 13. Hope our paths cross. Ken

“The world of art, like all human endeavors, is about power and control.” Jeez, I’m glad I don’t live in your world.

There’s no such thing as real art and real artists, imo. You could drop the qualifier for a better essay. However, I think the good ones have always either been oblivious, patently contrarian, or played it very close to the vest – like art is something they have to get away with. If there is a boundary to push, it’s in accepting that there is nothing at all paradoxical about trade in items and ideas – and (for fuck’s sake) nothing supernatural about art despite insufferable religiosity. If the structure is flawed and gross (and it is) proceed however you believe to be ethical.

Otherwise, I think we agree, success in the arts commercially is no different than success in law or the sale of oilfield equipment. But I don’t get angry at the sun for setting – and I don’t waste time with jesters or kings.

I have yearned ever since setting foot within the erudite ramblings of Glasstire to understand the parameters of a “real artist” and, perhaps by extension, “real art”. Yet, the notion of “real” anything, but most especially “real” as used in the context Mr. Bise presents, numbs desire to understand. The suggestion that modern western economic formations (and by “modern” I am referring more or less to the period in western history from the late 15th century to the present, or about the last 5 seconds of human history/prehistory), have dominated human social relationships since the evolutionary ebb of homo sapiens sapiens might deserve some more elastic, even deeper thinking. (Even a brief glance at “Precapitalist Economic Formations”, among many other literate sources that explore, for example, egalitarian groups of people, might offer a few suggestions as to the direction such a thoughtful investigation might go.) Perhaps the Darwinian notion of sexual selection might be intellectually massaged a bit? The blinding dawn of our righteous self in our equally righteous time tends to obscure “real” understanding, or at least closes the blinders a bit. As the sellers of stocks note, past performance is not necessarily an indication of future performance. Let me add that present performance is not necessarily an indication of past performance.

I think artists have so much trouble with this because many are drawn to the visual arts by misanthropy. They prefer to work with things instead of people, like engineers and scientists, except that their field lacks a well-defined, objective structure to help denote achievement and assign rank, leading to bitterness and chaos.

I keep coming back to this article and your comment Bill. Brilliant. Both of them. I have never met you personally and I don’t comment very often on Glasstire but I read it regularly and I’m going to miss reading your writing. I wish you success in your future endeavors.

I love the use of the color blue.

Hey man, there is no spoon, er gate. Wait? Unless you just made one up….

I still can’t get across the damn moat!