What Art Can Do About Trump 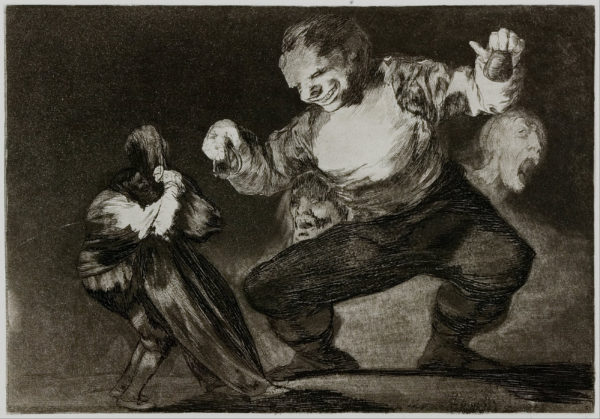 The president-elect of the United States is a fascist. We don’t live in a true fascist state yet, but I believe that Donald Trump and his cabinet will accelerate the decades-long creep of our government toward a fully authoritarian state. This breathtakingly vast nationalist turn, visible in every major nation-state, is to the right, but fascism isn’t constrained by ideology. Fascisms of the left have also murdered millions. As Alain de Botton wrote in the New York Times the day after the election: “…the default state of almost all nations is…authoritarianism, bullying, demagoguery, corruption, monopoly, racial segregation and state-sponsored aggression and murder.”

The world will continue to experience authoritarianism from the right and the left beyond the lifetime of my 10-month old nephew. The people will demand it. Technology will eliminate more and more jobs. Wealth will continue to concentrate in the hands of the well-educated while the poorly educated sink deeper into poverty. Former Treasury Secretary Lawrence Summers suggests that by 2050 one in three working-age men will be unemployed, and the World Economic Forum estimates that by 2020 five million current jobs will no longer exist. Place these estimates next to the fact that there are more than three hundred million guns in the hands of American citizens, and the pulse quickens.

In 1996 the philosopher Richard Rorty speculated about the fate of the United States during the 21st century in an essay titled Looking Backwards From the Year 2096. He writes:

Our nation’s leaders, in the last decade of the old century and the first of the new, seemed never to have thought that it might be dangerous to make automatic weapons freely and cheaply available to desperate men and women—people without hope—living next to the centres of transportation and communication. Those weapons burst into the streets in 2014, in the revolution that, leaving the cities in ruins and dislocating American economic life, plunged the country into the Second Great Depression.

But Rorty’s incredible faith in the Western ideals of equality, fraternity and liberty lets him imagine that in 2044, the American people begin to rebuild civil society, out of what he calls the Dark Years—a decades-long military dictatorship. I’m less optimistic, but whatever the future holds we can expect continuing populist tribalism, increased police militarization, swelling prisons and less freedom of expression. We should not be surprised when, in the years to come, grocery store shelves grow sparse and riot police open fire into unarmed crowds. We’ve crossed the Rubicon.

In the week since the election I’ve read several statements from artists and writers who vow to resist the kind of paranoid, violent society that is guaranteed to emerge under a fragile government led by a insecure, fascist clown. But even as they warn their fellow artists not to normalize our Pizza Hut Putin, they seem to hold on to an even more normalizing premise—that it’s Donald Trump, his administration and his racist supporters that we must resist.

Like all ghouls, the fascist figure doesn’t just appear; we summon him. Lacking a true inner-self, and always deeply insecure, he represents nothing more or less than the narcissism, greed and violence of the society from which he’s allowed to emerge and take power. Any form of fascination with this figure’s often-comical persona strengthens him. Statements of admiration and disgust alike flatter fascist vanity. Attention is all that matters. We build him up in the form of a half-despised, half-envied celebrity, and then claim surprise and indignation when he turns on us, his creators. Donald Trump is not the enemy—we are.

If American artists are to carry on, they’ll have to learn to cope not only with the fear and deprivations of life under fascism—the struggle for basic goods and services—they will also have to develop a clear understanding of the self-imposed nature of this terror in which they find themselves. He’ll have to shed the self-righteousness that allows him to believe that he played no part in the disintegration of his society. And above all, he’ll have to take pleasure in the mean life that allows him to construct his narratives, because depression smothers creation.

Artists will continue to resist oppression by doing what they’ve always done; bearing witness to human experience. The job will still be to create beauty and knowledge out of ugliness and stupidity for no good reason—after all, none of the great works of art were able to prevent our society from degenerating into this sad idiocracy. Some artists will mock the terror and stupidity and create comedy, while others will empathize with the pain of those lost to misfortune, and create tragedy. The best among them will find a road between the masks. If there was never any real expectation of compensation for this calling, there will be even less in the years ahead. As long as art remains a helpless, inexplicable labor of love, there’s hope to rebuild on the ruins.

This is a wonderful fantasy. In the end, artists don’t have to do very much more than be themselves. This is precisely the kind of narrow specialization of labor and social roles that enables the destruction of society we are hoping to resist. Keep your noses clean, artists. Did it ever occur to Mr. Bise that maybe one side of the argument is right? And thank you, too, for your uninformed cold war rant against every idea coming from the political left. It’s the nation state that we are talking about, and nation states can dress themselves up in any ideology. This piece of Mr. Bise’s is one of the worst bits of self-defeatism masquerading as a reasoned call that I’ve read. Lock yourself in the studio, Mr. Bise; see you in four years, you’ve nothing to teach us.

Meanwhile, there are people who consider themselves citizens first and will exercise whatever means at their disposal to protect their civil rights. And they won’t be doing this by creating anti-Trump works of art or putting themselves as artists first. Anymore than angry plumbers will be making anti-Trump bathroom installations or distraught doctors will be conducting anti-Trump surgical procedures.

Oh, but you say: isn’t art a form of communication? Can’t artists help to communicate a new message? What condescension! Who have artists been addressing these past decades? It’s a structural problem, not a pragmatic one. In a funny way, the idea of art’s universal value encourages us to think that art should be able to do anything we wish it to do. You can’t mime your way out of this situation.

Those of us interested in resistance and reconstruction won’t be preaching to the choir, either. Consider this: if it took decades for a previously-democratic voting white working class to understand that the promises of neoliberal capitalism were never going to be redeemed, then how long do you think it will take the same group to realize that the promises of Trump are impossible to realize? Where would you, as a politically informed and concerned citizen, place your energies if you want to resist and ultimately defeat this political trend? Defending your own interests come what may? Or, working to turn political disenchantment into something other than what it is now?

The German political philosopher Jürgen Habermas had a theory that the capitalist free market, never really being able to fulfill the promise of an equitable distribution of wealth and services, would be so apparently a lie, that it would cease to be legitimate in the eyes of the citizenry. The theory that this understanding could become a theory of real political action has not been very popular for decades now. But perhaps the polarization is such in the US today that a new legitimation crisis is taking shape, and this is the site of the coming administration’s vulnerability. Just sayin’ . . .

Mr. Bise has a point when he says that culture as it stands ain’t revolution. But then consider this: couldn’t a desire for cultural equity mobilize the political imagination and will of artists? This kind of thinking entails a lot of discomfort because the way art is conceived of and produced will have to change radically. In any case, artists would be in a position to have to justify their worldview to people unlike themselves, avoiding appeals to the “universal” values of art (Something, by the way, Mr. de Botton knows a lot about and never tires of spouting about.). The challenge here is to figure out what is common to us, not to shove some down someone’s throat ideas about art’s “eternal” values.

Neither Mr Bise nor Mr Corris have said anything near as good about President Trump as Camille Paglia.. Nobody has. Joseph Kosuth called Trump a pimple. Jeff Koons voted for Hillary (who is really Bob Geldof). Brexit UK started it. I voted for it. 17.4 million did. Julie Burchill described it as the glorious victory of 17 million Non-Ponces over the 16 million Ponces. She also included her definition of Ponces. It`s all easily googled.
Femen took their usual view. In Make America Great (Pussy Riot`s new art vid on YouTube) Nadya plays both victim and victimiser. Artists For Brexit And Trump (UK) 0191 2300 681 .