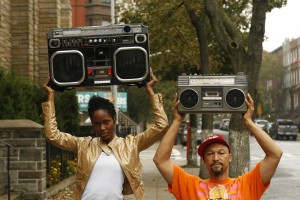 There should be a lot of upcoming press about the Houston Cinema Arts Festival, which just held this year’s launch party and announced the festival’s schedule beginning November 6. Sneaking in before all that starts up, though, is another young film festival coming to the Rice Media Center: the Fourth Annual Our Image Film & Arts Festival.

The festival, which recognizes some of the best black independent local, national, and international filmmakers, artists and musicians, will run from October 25-26 at the Rice Media Center on the Rice University Campus. It begins at 6 pm Friday evening with a screening of Tey (Today), starring musician, poet, writer and actor Saul Williams. Williams will be in attendance for Q & A afterwards, followed by the opening night party. The doors will be open all day on Saturday for screenings of short films, a panel discussion, and the feature films Let’s Stay Together and Destination: Planet Negro!, followed by more music for the closing night party.

Looking to speak to a member of your team regarding a new television project.