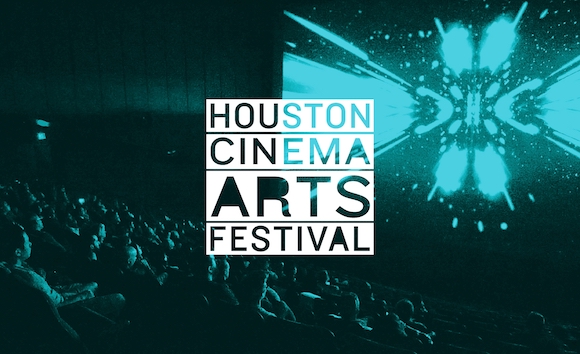 The 2019 Houston Cinema Arts Festival will run from November 14 – 18 at 10 different venues across Houston. The full schedule can be found here.

A story of a boy from impoverished Havana who rises to become the first black dancer in the Royal Ballet of London.
**Q&A with dancers Mireille Hassenboehler and Lauren Anderson following screening.**

From legendary writer-director Terrence Malick, A Hidden Life is the story of an unsung hero, Franz Jägerstätter, who refused to fight for the Nazis in World War II.

Rose, an undocumented Filipino girl, dreams of one day leaving her small Texas town to pursue her country music dreams.

Laika, a stray dog, was the first living being sent into space, and thus to a certain death. According to a legend, she returned to Earth as a ghost and has roamed the streets of Moscow ever since.
**Film followed by Q&A with dirs. Elsa Kremser and Levin Peter.**

Celebrating the 100th anniversary of Walter Gropius’ Bauhaus with this wide-ranging exploration of the movement that united modern design, art, architecture and performing arts with communal social living to form an academic discipline and utopian way of life. **Followed by panel discussion about the MFAH’s Bauhaus architectural history.**

For All Mankind (co-presented by Moody Center for the Arts) at Rice Cinema, 3:30 PM, Tickets $12:

Al Reinert’s documentary For All Mankind covers the nine crewed Apollo missions, with narration from 13 of the 24 astronauts involved. **Followed by a brief conversation with artist/curator Peter Lucas and the film’s producer, Betsy Broyles Breier about Al Reinert and the genesis of the film, and in celebration of the 30th anniversary of For All Mankind.**

Sugar Cane Alley (supported by the Cultural Services of the French Embassy) at MFAH, 7:00 PM, Tickets $12:

Set in Martinique in 1931, the film paints a rich impasto of native life under French colonial rule, filtered through the coming-of-age of a bright, sweetly opportunistic black boy learning to reconcile the value of his shanty-town roots with the educational opportunities that beckon him to the big city. **Film followed by Q&A with dir. Euzhan Palcy.**

Finalists of the fifth annual CineSpace international competition, a collaborative project of the Houston Cinema Arts Society and NASA. The event features the announcement of the three top winners selected by director Richard Linklater. NASA will also award special prizes in three categories. Entries are competing for a total of $26,000 in prizes.

Academy Award nominated filmmaker Noah Baumbach’s incisive and compassionate portrait of a marriage breaking up and a family staying together.

In this film, Varda offers insights into her oeuvre, using excerpts from her work to illustrate (more associatively than chronologically) her artistic visions and ideas.

Nailed It takes viewers from Los Angeles to the Bronx to meet the diverse people and relationships behind the booming and enigmatic salon business. **Film followed by Q&A with dir. Adele Pham.**

For Sama tells the story of Waad al-Kateab’s life through five years of the uprising in Aleppo, Syria as she falls in love, gets married and gives birth to Sama, all while cataclysmic conflict rises around her. **Film followed by panel discussion.**

The story of Ben DeSoto, a Houston photographer who worked as a photo journalist for the Houston Chronicle and the Houston Post for 30 years. **Program includes pre-screening reception and post-screening panel with directors Michael Witnes Zapata and Andrew Benavides and photographer Ben DeSoto.**

In 1972 Harlem a Black Rodeo show rides into Randall’s Island, NY to perform in front of a large crowd of enthralled spectators. This documentary captures that show, as well as one-on-one interviews with the rodeo performers themselves and various members of the audience. **Film followed by panel with dir. Jeff Kanew, internet archivist Bri Malando, and Black Rodeo Riders.**