Senator Wendy Davis, Marina Abramovic, and the Art of the Filibuster 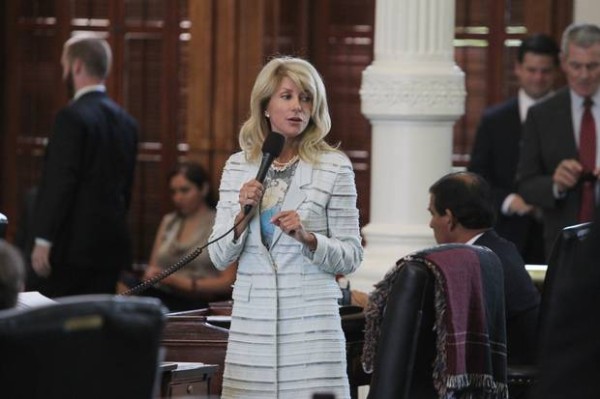 The Texas Senate was held in a special session Tuesday night in order to discuss SB5, which would greatly limit the accessibility of clinics authorized to perform abortions throughout the state. To give you a metric, it is estimated that under the law only 5 of 41 existing clinics would be legal, all of which are in urban centers—leaving, literally, thousands of women without access to this medical procedure. More importantly, it would be the most stringent abortion regulation to pass at the state level, and affecting the most number of people.

In an effort to stop the bill from passing, Senator Wendy Davis (Fort Worth) undertook a filibuster—but what is a filibuster exactly? A filibuster is an uninterrupted speech that takes up a lot of time in order to keep a bill, motion, etc. from coming to a vote.  There are rules for a filibuster. You cannot take a break of any kind (food, bathroom, etc.). You cannot lean, rest or be provided relief during your speech. Your speech must be “germane” to the content of the bill, that is, “on topic.”

While senatorial colleagues cannot assist in a filibuster, when the filibuster is challenged by opponents, supportive senators can spur on discussion by asserting parliamentary inquiries or asserting points of order related to the filibuster procedures in order to further delay the vote on the objectionable bill. That is exactly what Senator Davis’ supporters did in order to give her relief from the 13-hour filibuster needed to have SB5 quashed.

Tuesday night I watched the filibuster taking place at the capitol, wondering how the outcome of such a staged political act could profoundly affect the future of women’s health rights in my beloved state. While watching, I couldn’t help but think about Senator Davis’ unknown kinship with the Serbian performance artist Marina Abramovic. 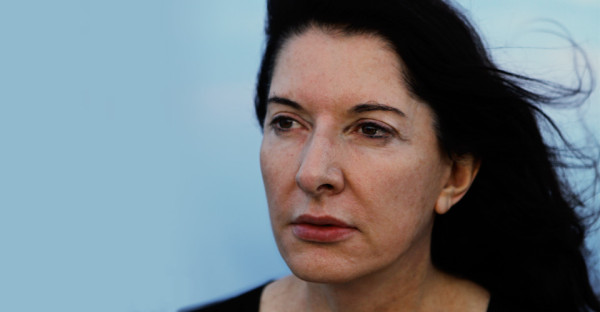 Abramovic, believed to be one of the seminal developers of performance art, is known for the physical intensity and mental focus needed to perform her oftentimes doggedly difficult pieces. In past works, Abramovic has lain in a circle of fire, played knife games with her own hands, and thrown herself violently against objects and people. In 2010, Abramovic performed  “The Artist is Present” at the Museum of Modern Art in New York City, where she sat in a gallery, allowing museum goers to sit across a table from her for an unspecific amount of time just so they could look at one another. No talking. No touching. Only gazing. According to the constructs of the piece, Marina had to sit in her chair all day (no getting up for bathroom breaks or food) from March 14th to May 31st—a total of 736 hours.

Although Senator Davis did not have to endure a 736 hour filibuster Tuesday night, she did have to stand and talk with focus and clarity before the Texas Senate, the protestors in the gallery, and the rest of the country, people like me, who watched via live feed for 13 hours starting at 11:00 am yesterday.

But aside from a ridiculous ability to avoid peeing on themselves, how are Senator Davis and Marina Abramovic connected and what can we learn from their inspiring “stubbornness”?

1. Both Davis and Abramovic have a unique ability to use their body as both an instrument of power and a place for respite—simultaneously. Engaging in physically draining activities that rely on sustained focus (a filibuster or a performance art piece) means that both Davis and Abramovic know how to pace themselves. From how they stand, sit, or “look” at people around them, both women must know their bodies and their tolerance to spectacle, stillness and boredom. In thinking specifically about Davis, I could not help but wonder how she prepared for the 13-hour speech before her. She must have had some topics memorized with others left to chance. She must have had a way to stand where she looked both alert yet felt at rest. She must have had a way for her train of thoughts to be both focused and relaxed. Without these paradoxes balanced, she could never have sustained the duration and succeeded. In the same way, but on a smaller scale, we all have this battle as we sit at our desks. At one moment we are undividedly focused and the next minute we are distracted, making the time from 9:00 am – 5:00 pm more like a roller coaster than a slow, deliberate jog. Understanding how to move seamlessly through time, pacing my energy and enjoying banality from time to time could work wonders for me and both these women serve as good examples. (For specific information about how Marina Abramovic “trains” for her pieces, check out her documentary “The Artist is Present.”)

2. Davis and Abramovic both understand that in order to complete a task, even one that is “all about you,” you still need a team. Senator Davis knew that, in order to succeed, she needed to rely on her own mental and physical preparations as well as the assistance from colleagues on the floor. Since she was never going to be able to talk non-stop for 13 hours, she needed a personal plan but also a group of supporters who could interject on her behalf to allow her to rest, gather her thoughts, and keep the ball rolling. Most importantly, these people were committed to seeing her succeed despite their own ambition. For a filibuster or performance art piece to work, the burden lay on the performer and, in this case, to the extent that a senator were to take the floor over from Davis, she would lose ground and the filibuster altogether. A handful of senators last night were not dissimilar to the lighting technicians, videographers, photographers, coordinators and security staff who assist Abramovic in her work. They provided resources and were flexible. Moreover, they were all about Davis, not themselves. Although I think of all the amazing things I could accomplish if I had a team of people who were “all about me,” I wonder if I would be able to be on the other side. When is the last time I have been “all about” someone else when working on a project? And so, when thinking of the senators, I am reminded that not being in the spotlight is oftentimes more important than being an actor. The filibuster last night is a great example. Davis stopped speaking at 7:30 pm after committing three offenses which made the overrule of her filibuster possible. However, her colleagues kept the debate moving for over 4 hours. It was not Davis who kept the filibuster going until the end—it was her supporters and yet she is the one who has garnered all credit.

If Davis has shown us anything in the past 24 hours, it’s that endurance and will power can be forces of nature for good. Her ability to overcome the limitations of her mind and body—what some would dare call her ability to move to a place of rational transcendence—has changed the lives of women in her state. And so, although my gut tells me that this is not the end of Rick Perry’s obsession with this bill, tonight I am thankful for a process that works, for teamwork, for wisdom, and for bravery.

Joy Harris is an artist and writer located in Houston, Texas. She writes her own arts and culture blog,jeanettejoyharris.com, which focuses on the interplay between high art and pop culture.

Texas Women in the Arts: When it Does...

Very intriguing connection! I visited Abramovic’s retrospective at MoMA and saw her performance of “The Artist is Present”. The line of people wrapping around the museum waiting for a chance to sit across from Marina was mimicked in the line of people waiting to see Wendy Davis filibuster at the capitol. How interesting that women can garner so much attention and power by using their bodies. I guess that’s nothing new…

I went to the 92Y (in nyc) last night to see Marina Abramovic give a presentation and discuss her work, her limits, her future institute and her displeasure with all-things-politics. It was a fascinating night, to say the least. I drew a similar parallel between the two women. Great piece!