Who’s Got Time to Curate With All These Living Artists Everywhere? Dallas Museum Of Art Promotes Jeffrey Grove To New Position As Senior Curator Of Special Projects & Research

by Bill Davenport May 3, 2013
FacebookTwitterEmail 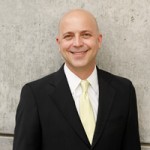 Jeffrey Grove, the DMA’s Senior Curator of Contemporary Art has been re-purposed; his new title is Museum’s Senior Curator of Special Projects & Research, a new position described as involving “increased attention to research initiatives and the development of collaborations with living artists.”

DMA Director Maxwell Anderson called the move an “expansion of our leadership team:” Grove’s sideways promotion is effective immediately, and the museum is launching a national search to fill his old job.

Grove is currently working on projects with contemporary artists Jim Hodges, scheduled to open on October 6, 2014; Isa Genken, set for September 14, 2014, and Michaël Borremans in March 2015.