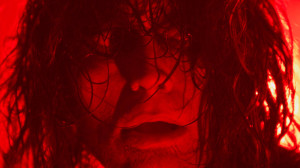 Kat Candler’s Black Metal will premier at Sundance this year.

“Lone Star projects headed to the 2013 Sundance Film Festival. Some Dallas VideoFest alumni include A Teacher by Hannah Fidell, whose short films, The Gathering Squall was part of the VF25 Texas Show. Full-length feature Pit Stop from Yen Tan as well as the newest short from Kat Candler, Black Metal, will premiere at the festival. Dallas filmmaker, David Lowery directed one of the most buzzed about films in the U.S. Dramatic competition, Ain’t Them Bodies Saints, starring Rooney Mara and Casey Affleck. DPA member, Johnny Marshall did the sound design for  Shane Carruth’s long-awaited 2nd film UPSTREAM COLOR, which will be also be premiering there.