As part of Dallas Arts Month, AURORA, a Dallas-based organization known for its arts and technology events, has partnered with Downtown Dallas to present Video Art Nights each Friday in April. 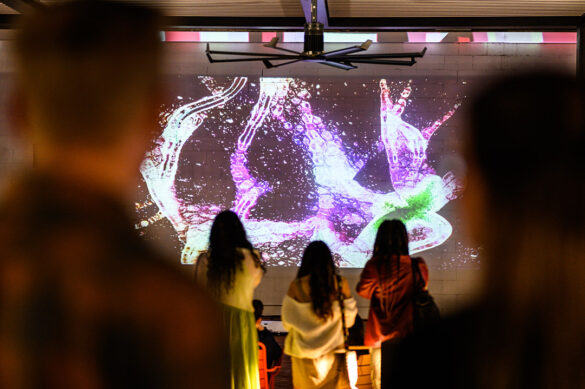 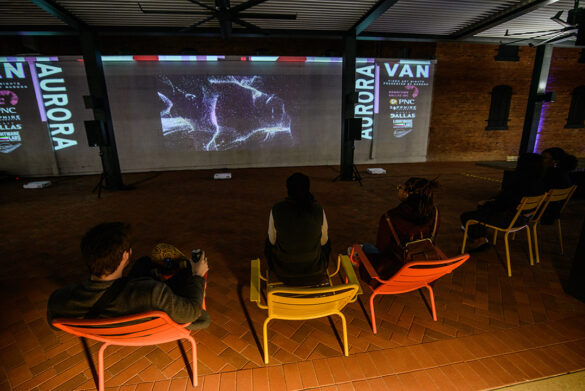 The first Video Art Night program was curated by UNT New Media Cooperative and took place at West End Square on Friday, April 1. The following program, which was held in the same location, was curated by Bart Weiss, the Dallas curator, educator, and co-founder of VideoFest and the Video Association of Dallas. Mr. Weiss is also curating the two upcoming Video Art Nights at Pegasus Plaza. Works by Texas-based artists Cindy Thomas and Christian Vasquez will be presented on Friday, April 15, and the first part of the evening on April 22 features works by Camel Collective, Sky Hopinka, and Jeff Gibbons. 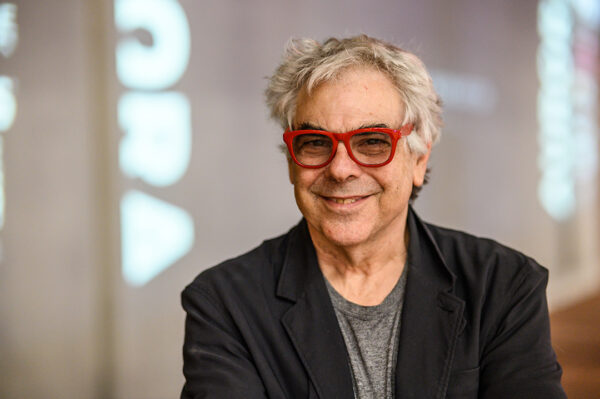 In a press release announcing the events, Mr. Weiss stated, “Showing video art in museums and galleries is great, but to get more people to experience and be moved by video art, we need to bring it out to where the audiences are. I have long believed in placing art, and particularly video art, in places where people were not expecting to find it. I love the idea that audiences could experience something new and help change their idea of what could be possible and what art could be.”

In addition to the program curated by Mr. Weiss on April 22, a secondary program organized by Lilia Kudelia and Janeil Engelstad, with support from the Make Art with Purpose Sylvia Hougland Art Fund, will feature video, animation, and drawings by Ukrainian artists Dana Kavelina and Alevtina Kakhidze. Vich-Na-Vich, which literally translates to “eye to eye,” is an intimate portrayal of Ukraine that considers how artists address and record experiences of conflict, invasion, and war.

Both upcoming Video Art Nights will feature projections from 8 pm to Midnight. Live music and an outdoor market will be hosted by Downtown Dallas, Inc. and organized by Boho Luxe Market from 5 pm to 10 pm.