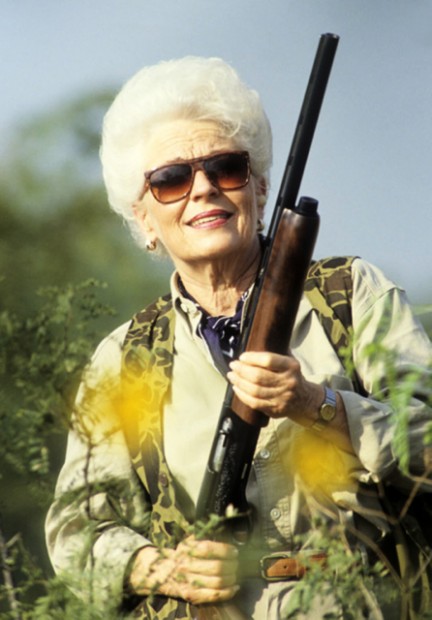 The end of September hailed the 25th anniversary of the Dallas Video Festival. Changing the venue to the Dallas Museum of Art proved to be a smart move. Despite the bad storms, attendance was up from the previous year at the Angelika. Artistic Director Bart Weiss outdid himself yet again. The programming combined innovative, edgy films with important historical works.

Media theorist Gene Youngblood engaged a packed auditorium on Sunday afternoon with his lecture Secession from the Broadcast: The Internet and the Crisis of the Social Control.  His 1970 seminal book Expanded Cinema argued for an alternative form of communication as a means to protest the social control of mass media. His work was influential in establishing the field of media arts, as well as recognizing video as an art form.

Youngblood’s challenge (especially to the students in the audience) is that we create on the same scale as we destroy. He proposes that we must engage in a communication revolution; we will accomplish this by seceding from the “broadcast” (defined as the corporate-owned networks). Cautioning against broadcast’s social control, Youngblood says that the ultimate act of civil disobedience is our refusal to participate in culture, thus creating a counter culture. He states that the communication revolution isn’t defined by technology, but is about people consciously desiring radical change. 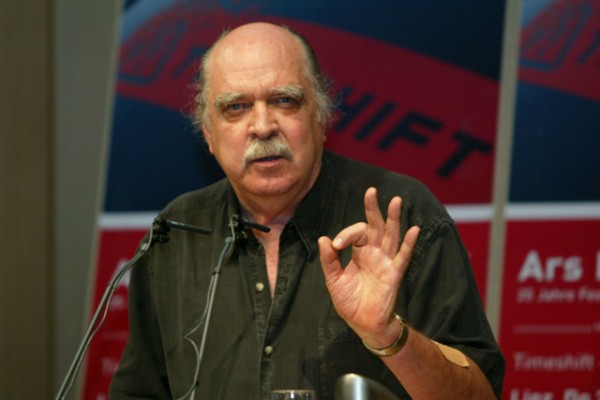 I admit that at times I felt Youngblood’s rhetoric bordered on slippery slope logical fallacy territory. Just because I imbibe in the guilty pleasure of watching Fringe on occasion, doesn’t mean that I’ve become a zombified slave of corporate consumerism. However I do concede his point about adopting an alternative platform for communication. His 1970 prophetic words have now come to pass with the accessibility of both satellite and the Internet. Once I get past Youngblood’s doom and gloom assessment of the current age, I am encouraged to think about myself participating in counter culture by the mere act of creation. Every time I post a new video on Vimeo , I offer up an alternative perspective. A polite F.U. to the hegemonic forces, if you will.

Like last year, I didn’t get to see everything I wanted to, so this is just a brief summation of my personal highlights. A must see for every Texan is Keith Patterson and Jack Lofton’s feature length documentary Ann Richards’ Texas. As a new Texan (after only a year, I am now identifying with the state), I did not know about Richards’ remarkable accomplishments in championing opportunities for women and minorities. Richards’ feisty, sometimes irreverent personality comes through as she takes on the good ‘ol boy club. The film includes a lot of clips of her speeches and interviews with her friends Dolly Parton, Willie Nelson and Lily Tomlin. At the conclusion of Sunday’s screening, the crowd cheered with a standing ovation. 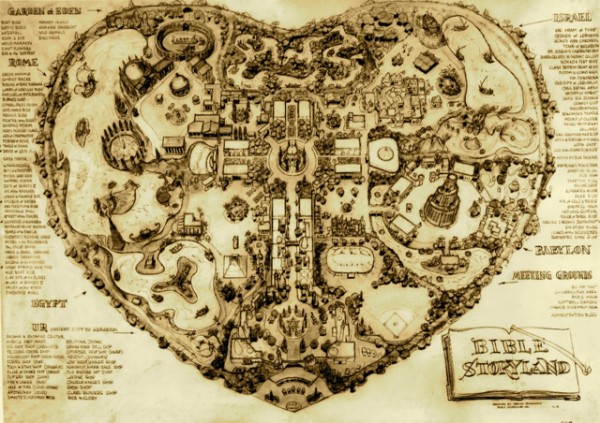 Another festival gem is the quirky documentary Bible Storyland by Stephanie Hubbard. The film follows art dealer Harvey Jordan on his obsessive quest to uncover the story behind the never-built Southern California theme park. After discovering some 1960’s sketches depicting Bible Storyland, Jordan spends the next ten years (to the detriment of his marriage and family) researching this project. The film includes animation and dream sequences interwoven with interviews.

I also saw a few short narrative and experimental video programs. Each was curated according to a selected theme. In the experimental program Some Are More Equal than Others curated by Mike Morris, I particularly enjoyed Lesser Apes by Duke and Battersby, an animated love story between a primatologist and her female bonobo and The Wake by Dana Levy, a magical short that was filmed in the Invertebrate Zoology department of the Carnegie Natural History Museums. (Hint– the butterflies come alive). 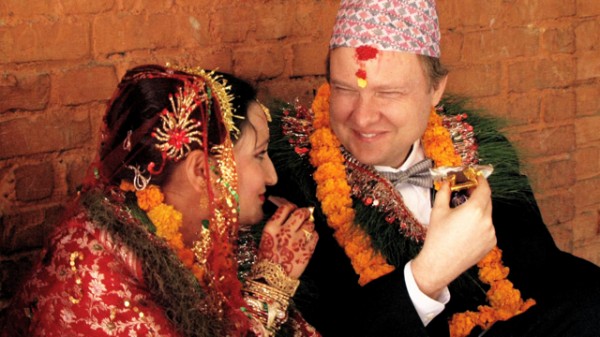 My favorite narrative shorts include Jenni Nelson’s Love Hacking, Josephine Decker’s Me The Terrible and Christina Chloe’s I am John Wayne. Love Hacking tells the story of a socially inept robotic inventor who meets a Nepalese woman online, falls in love and travels to Nepal to marry her. It seemed so implausible that I thought it was fiction. Touching and funny, I can only hope they succeed in overcoming their cultural, social and religious differences. Me The Terrible reminded me of a female version of Max from one of my favorite childhood books Where the Wild Things Are. A determined girl pirate takes on New York with her teddy bear in tow. I am John Wayne is a poignant portrait of a young man distraught over his best friend’s violent death and seeks solace from taking his friend’s horse riding the streets of New York. All of these films depicted unique and complex characters. 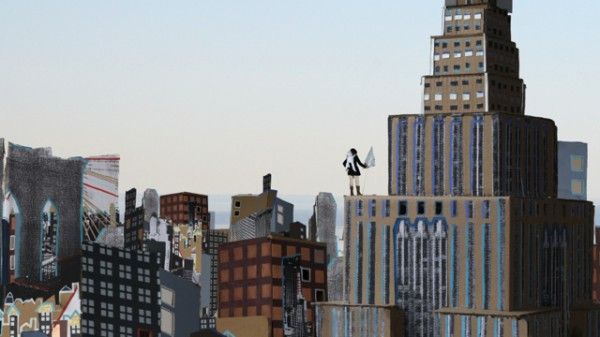 Still from “Me the Terrible.” 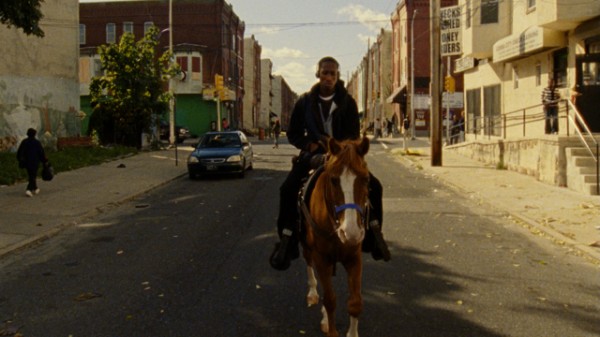 Still from “I am John Wayne.”

Since I started the article with the end of the festival, it is apropos that I finish with the beginning. The festival opened with an outdoor video art program called Expanded Cinema. In addition to referencing Youngblood’s book, the title also indicates scale—scale of the videos and the scale of the audience. Organized by Carolyn Sortor, the program featured sixteen artists whose work was screened on the outside walls of the Omni Hotel. The hotel has an LED system that functions like a low-res computer screen. So while the scale is large (193 feet tall and 999 feet wide), the display is small (20 pixels tall and 333 pixels wide).  This presented a unique challenge for the artists, who had to re-envision their videos to work within these parameters. Sortor worked with Ben Britt and Omni technician Pat Anderson to understand the system and create a template for the artists to work from. The opening night viewing area was located in a field across the river. People brought blankets, chairs, picnic baskets and coolers to enjoy the event. The crowded field buzzed with energy. In the democratic spirit, it was a free screening accessible to the entire Dallas community.

Still from “Monument for Juanita: Candy is the Sun.”

A few works functioned as eye candy, blending in with the colorful Dallas skyline. My favorite works invoked either the history of the site or examined the binary theme of public vs. private. Mike Morris’ Monument for Juanita: Candy is the Sun  (2012) pays homage to Juanita Slusher (a.k.a. Candy Barr), the infamous exotic dancer who performed in a now defunct club originally located near the Omni Hotel. Using neon-colored silhouettes, Morris’ video celebrates Juanita’s creative energy as she performed. Although the music enhanced the video (it was an actual piece that Juanita is said to have used in her set), it was not integral to appreciating the work. Given that viewers who might have casually passed the hotel would not have had access to the audio, works had to function both with and without sound.

Still from “You’ll Forget Everything, Soon.”

Both Mona Kasra and Jenny Vogel used the large public venue to question notions of privacy. Kasra’s You’ll Forget Everything, Soon (2012) examines both physical and emotional distance. Two people stare into each other’s eyes. Yet because of the framing (one person is projected on one side of the building and the other on the opposite side), the two never make eye contact. The monumental scale intensifies this private vulnerable moment.  In Vogel’s Save Our Souls (2012), the artist narrates people’s personal messages originally posted on Craig’s List. As she reads, blinking lights translate the text into Morse Code. Sitting in the dark amongst strangers, these intimate revelations signal a plea for help. Like Youngblood, Vogel’s work alludes to the homogenizing effects of globalization and mass media.

What makes the Dallas Videofest and other independent video festivals around the world so important is the emphasis on alternative perspectives. These are venues where counter culture is thriving. Artists are re-imaging the world outside of mainstream culture.