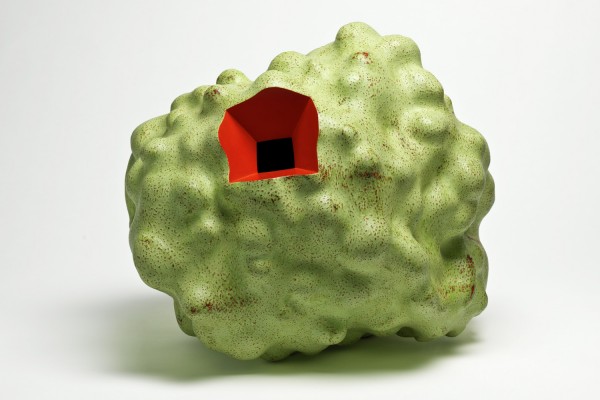 My first and likely only prediction for visual art in 2013: thanks to the retrospective that was organized by and debuted at the Los Angeles County Museum of Art, Ken Price will lose his cult status and be embraced by the unwashed masses, and perhaps even by Michael Kimmelman. As a result, the legacy of Price, who died in February 2012, might even go some way to redeeming an art world that has been dead for some time, despite twitching occasionally when money is thrown at it — much as a corpse will do, when goosed with electrical shock.

How might this be possible? First, because after closing at LACMA and traveling to the Nasher Sculpture Center in Dallas, Ken Price Sculpture: a Retrospective will show for two months at the Metropolitan Museum of Art  — the institution that made Magritte and Freud into household words. But the other, and better, reason for an imminent Price apotheosis and love-fest is that the work itself is wonderful. Witty. A pleasure to gaze at for extended periods of time. Original. The genuine article.

As readers will know from David Pagel’s review of the LACMA installation, which was featured on Glasstire’s Southern California site, the exhibition constitutes a deliriously beautiful experience that one hopes is as gratefully received in Texas and on the East Coast as it was in Price’s hometown. Certainly at this stage of the game, appreciation of classic So Cal art need not be limited to its indigenous environment. So, yeah, it’s time for Price’s vividly colored, small-scale sculptures to be embraced for the authenticity and independent spirit they embody. 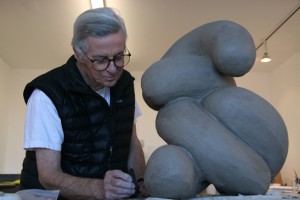 But, back to the book. If you cannot get to the exhibition, or if you can, you need to buy it — not only because it’s about Price and Price’s art, but also because it is the best exhibition catalog I’ve ever encountered. Designed by Green Dragon Office, it balances text and imagery to great effect: which is to say, exquisitely printed photographic reproductions are given a bit more space than words, without the book coming off as a coffee table unto itself. The writing is excellent — from Frank Gehry’s homage to Price, to Dave Hickey’s meditation on Southern California surfer culture, to historical overviews by Stephanie Barron, exhibition curator and LACMA’s senior curator of modern art (as well as a long-time friend of the artist), and New York art historian Phyllis Tuchmanthat are pitch-perfect.

The catalog also includes an illustrated exhibition checklist in the form of a time line, which overlaps with the biographical chronology put together by LACMA assistant curator Lauren Bergman: I haven’t seen these bodies of information so helpfully formatted before and would love to see the same approach taken more often. Other useful textual information includes a selected anthology of critical writings on Price, a bibliography of reviews and catalogs, and a list of exhibition lenders. And an index — a feature that, for reasons unknown —  is often absent from catalogs. 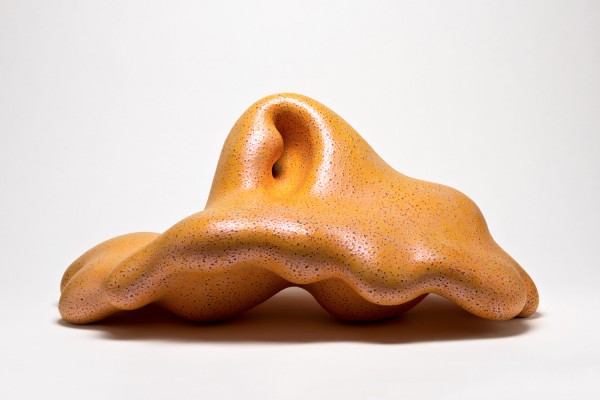 Echo (1997), collection of the Los Angeles County Museum of Art

The most salient text, however, is the montage of interviews between Price and several individual interlocutors, including Mark Rosenthal and Vija Celmins, which were thematically compiled by MaLin Wilson-Powell, a Santa Fe-based writer and curator. The artist’s directness, humility and sense of self-direction are illuminating.

Any description of the book would be incomplete without acknowledging its visuals. It features a mix of historical photographs and new photographs of every piece in the exhibition: all but two were taken by Fredrik Nilsen, who traveled coast-to-coast to shoot the objects. Cost of this extravagance was covered by the Shifting Foundation of Chicago and clearly was worth every penny. Nilsen’s pictures of Price’s sculptures provide extraordinary documentation that will endure long after the retrospective closes in New York.

Janet Tyson is an independent art historian in Michigan.