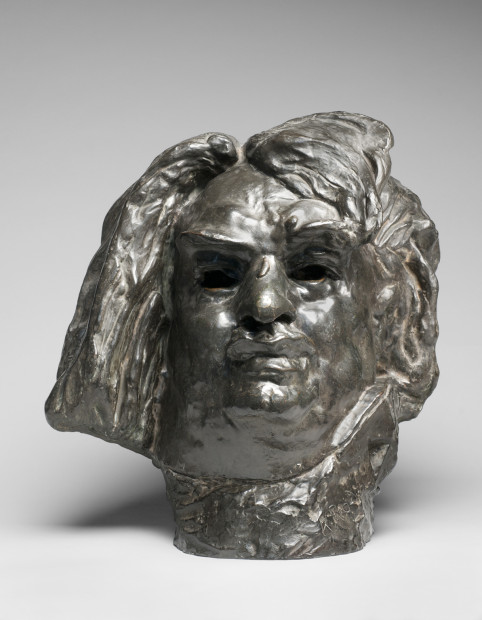 Charles Ray’s recent talk at the Menil was one of the most exciting talks I’ve heard in years. Ray’s lecture on October 23, the first in a series of three at the Menil Collection, was about sculptures with holes. To put it simply, in the hands of a great sculptor a hole is not a hole but instead an active force or mass. Ray reflected on what he called “a life lived sculpturally” as he projected an idiosyncratic selection of sculptures with different kinds of holes to show how sculptors sculpt the space surrounding their work, not simply the material form. He showed works by (not in this exact order): Rodin, Picasso, Henry Moore, Barbara Hepworth, Jean Arp, Giacometti, David Smith, Lee Bontecou, Donald Judd, Anish Kapoor, a couple examples of his own work, and he ended with an ancient stele of a young girl where just the smallest slice of air separates her lips from a bird held near her mouth. 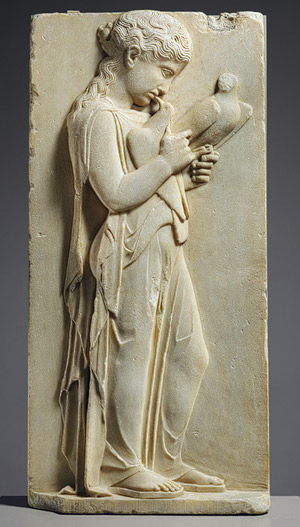 Ray’s sensitivity to the work and engagement with it was inspiring. His eye and body became an active entity moving over, around, and through the holes of the sculptures as he imagined looking at things in different dimensions. It was heady and philosophical, yet entirely rooted in concrete reality as he tried to explain how some works pulsate with life (Rodin, Arp, Giacommeti, Smith, and the stele), while others are more easily understood, “posessed” and “stuck in your pocket” (Moore, Hepworth, and Kapoor). The implicit hierarchy was not a dismissive value judgment, but a means toward attempting to understand how a sculpture becomes, as he puts it, “embedded,” “primitive,” and “foundational.” This rootedness and weight cannot simply be a product of scale or size, as he showed a small Giacommeti that for him evoked the grandiose scale of a city plaza or early humans walking the open plains. It is this weight or “embedded” quality that yields emotional, psychological, and social meaning. 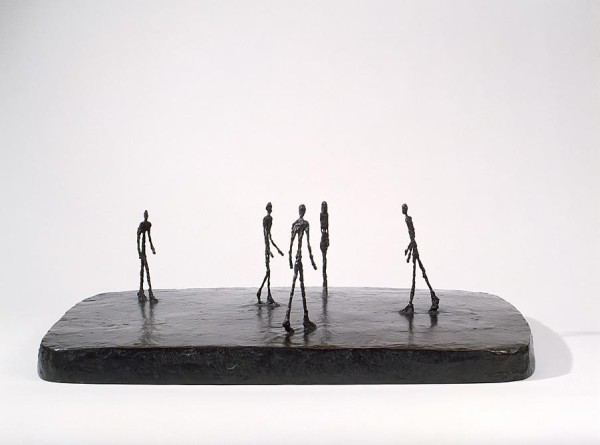 It was refreshing to see someone so invested in the objects he was talking about and attempting to sort out how they work without the convenience of hand-me-down jargon, justifications, or trendy ways of seeing. Why does one thing feel more alive than another? How can it be this way when it was made hundreds or even thousands of years ago? It is the most difficult question to answer and the most exhilarating reason anyone should ever visit a museum. 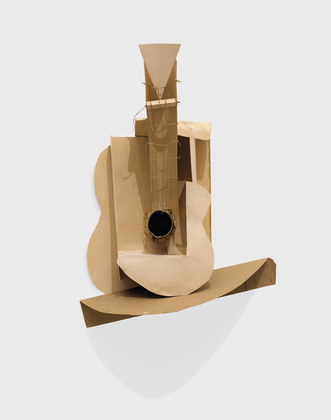 At the risk of simplifying such a multi-layered talk, Ray’s starting point was Stephen Hawking’s black holes, which he quickly applied to Rodin’s bust of Balzac. Rodin’s sculpture flows like material pushing out from Balzac’s black (yet not hollow) eyes. He showed Picasso’s guitar and marveled at how Picasso shows the inside and outside of the guitar at once. Every image linked to the next, but not in an obvious way or chronologically. He praised Arp’s biological forms that look like they grew to form their shapes. He also spent a lot of time looking at the work of David Smith, and in particular how it did not “frame” its surrounding landscape but sucked nature into it and made it part of the work. He showed an image of a piece by Smith in the Menil collection, and his description made it feel like it was made yesterday as he admired Smith’s facility with scrap metal to turn it into fluid lines. He observed how the sculpture’s relationship to the surrounding landscape was like if you pivoted the sculpture, the earth would move with it. 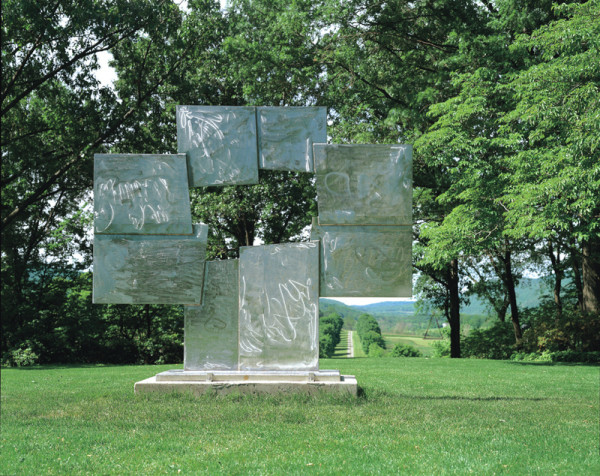 In a thoughtful question-and-answer session, one audience member noticed that Ray’s images of Picasso’s work were projected on a screen in the Menil foyer hanging in front of an installation of tribal masks reminding her of Picasso’s own relationship to African masks and colonial legacies. Ray’s response to the comment was oblique and open as he did not share a stance on the matter, but instead encouraged the commentator to go beyond the initial observation and that it was not enough to stop at “celebrating the raising of the question.” He seemed hesitant to draw a line in a way that might limit the freedom of an artist as he mentioned the fact that we tend to make rules, and when he was a student it was forbidden to make figurative sculpture for many good reasons, but now that is all he does. 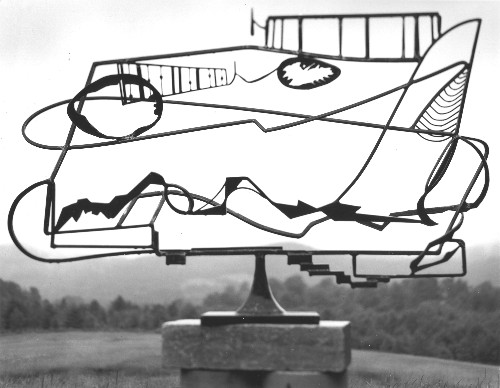 For Ray, great sculpture claims a place in history and humanity that is entrenched, or again, maybe he would say “embedded.” It is a long view of time and a generous sense of a shared humanity that may make some recoil as it largely discards the artist’s intent and cultural politics. In a hypothetical anecdote, he said he could set out to make a sculpture about man’s inhumanity to birds, but if he had to turn the sculpture upside down to make the bird shitting on the man and interfere with his initial statement he would do it to make it “good” because our relationship to birds will change. Ray, through his careful observation of the things humans have made and physical laws of the universe, made clear that the only thing that won’t change is a sculpture’s material existence and the physical act of our encounter with it.

Excellent account of what must have been a great talk.