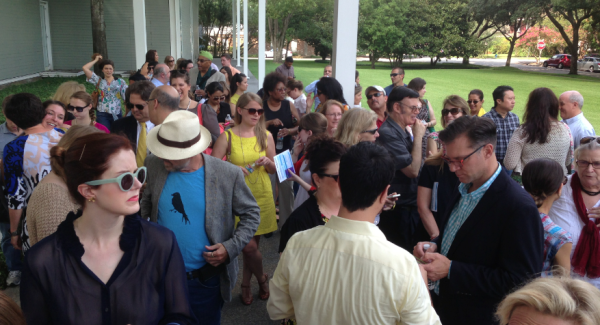 Friday, September 6 was a hot enough day as I waited, along with some 150 others, on the Menil’s lush lawn for Houston Mayor Annise Parker to arrive and open the fall arts season. If you weren’t there, you didn’t miss anything. I suppose it was a ribbon-cutting ceremony, but without the ribbon.

The “Houston Is Inspired” campaign is a creature of the Greater Houston Convention and Visitors Bureau, aimed at branding the city as a great destination for people looking for a place to do whatever it is they’re doing. They can do it here, because we’re inspired.

I told myself not to fret. It’s not for us, it’s for Them, a photo-op. The idea was to create a symbolic, reportable focus for the campaign, everyone gathered, supporting the arts and the dollars they are supposed to bring into the city. As a gesture, it was nice. The Mayor didn’t have to come. Neither did I. Neither did you. Like Hello Kitty, it was a token of caring. 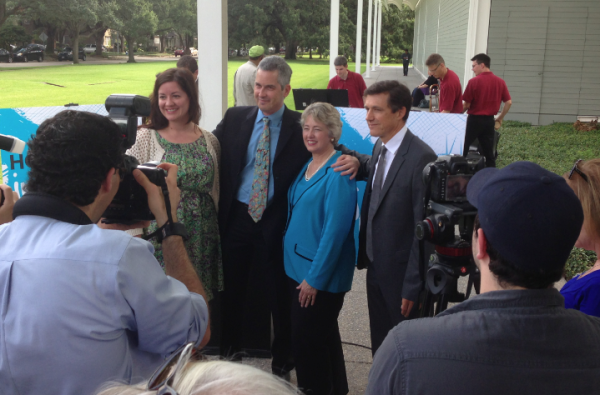 Josef Helfenstein from the Menil welcomed everyone with a flourish of brass. Then composer Anthony Brandt, director of Musiqa, praised Houston’s “can do spirit,” and mentioned a “renaissance in the arts.” Houston’s first Poet Laureate, Gwendolyn Zepeda, recited a dedicatory poem that wasn’t half bad, titled “You Moved Here for Your Job.” 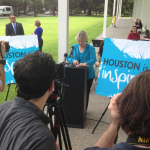 Finally, Rick Lowe of Project Row Houses praised the city for the social fluidity that has allowed him, an artist and organizer, to know all the Mayors of Houston personally.

After the final applause, I fled to the Menil bookstore for a breath of air conditioning and an inspiration detox. From across the street, it looked as if something was happening. 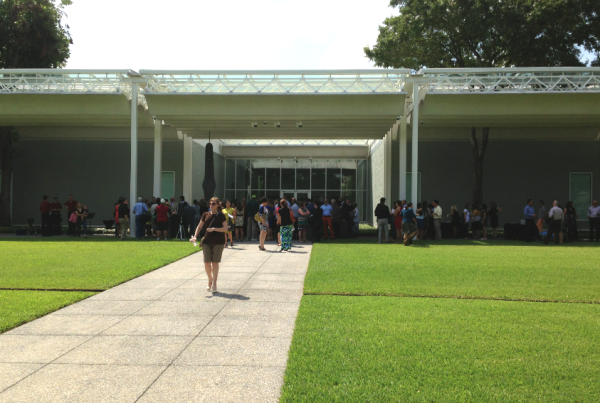 No #houarts hashtag. You’re not pulling your weight, Bill.

Past campaigns from the GHCVB:

They hired the consultants who invented “Oklahoma, State of Creativity,” no?

Who came up with the “Houston, We Have a Problem” ad campaign? Whomever made that one up was brilliant.

I wish DFW had that kind of support from city officals, Houston is so lucky!