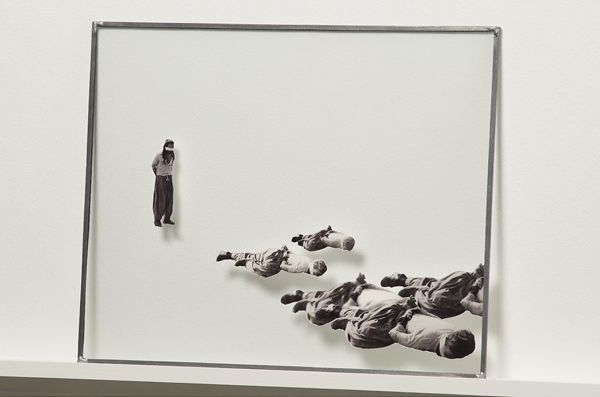 Yikes! That’s it? I can’t believe that In Appropriation at HCP is closing already. I’ve been thinking about the show quite a bit. And while I’ve been thinking, the clock’s been ticking. The show ends this weekend, and I still don’t have a rock solid angle. Here are some tentative thoughts in the hopes that some of you fence sitters will rush out and see it. 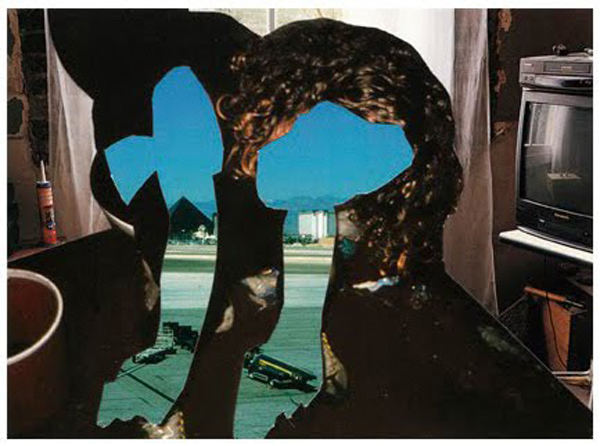 If you’re working in a visual medium and you can’t make it look chocolate, I don’t care how clever you are, and I really don’t care how smart your stuff is. No chocolate means that I cannot, will not give a shit. Appropriation is a strategy that is mostly tied in with the Conceptual tradition, it’s a history which can often be monkish (of the lashes for lustful thoughts variety, not thems that distill fine spirits) and too often caught up in IMPORTANCE.  None of the stuff in the HCP show is Queen-Latifah-Smiling pretty, but what we have here is still a potent and affective accumulation of visual thoughts. Melinda Gibson’s collages, made from the reproductions in Charlotte Cotton’s The Photograph as Contemporary Art, are intimate and intensely pleasurable; she makes a thousand sharp decisions when it comes to these collisions of texture and color.  I have trouble remembering the original images, but the resulting collages with their clever use of silhouette and Gilliamesque sense of scale present an inviting doorway to mystery.  Seba Curtis’ degraded family video, Shoe Box (Sierra), show us a recognizable non-dramatic moment of family life that is given poignancy and certain tactility thanks to the film’s significant water damage and the digital skips and breakdowns of the transfer. There is poetry in the strain to hold onto dying memories. 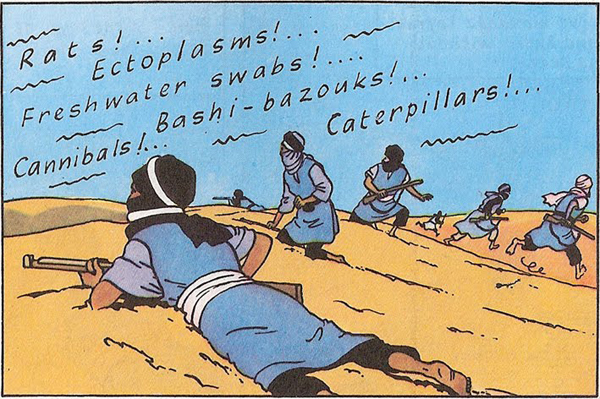 A Panel from Tintin 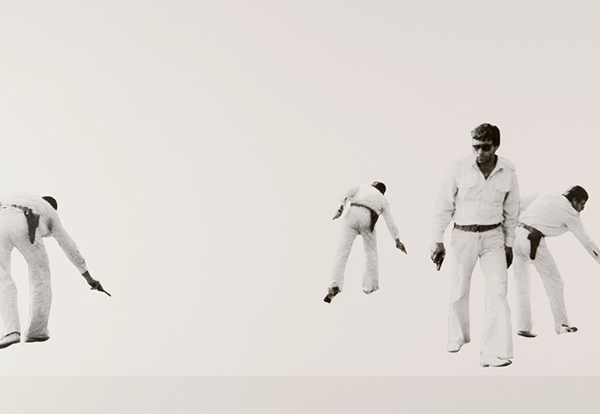 A panel from Afterlife

Look at that! It’s Hergé‘s favorite panel from his Tintin series. And right under it is a piece from Adam Broomberg and Oliver Chanarin’s Afterlife.  One is boy’s adventure from mid-century Belgium, and the other is taken from Jahangir Razmi’s photos of Kurds being executed in 1979 Iran. Both Tintin and Razmi’s Pulitzer Prize winning image have a place in the Western Imagination, and both deal in indirect ways with the role that the Middle East plays in that dream space. I was not expecting Tintin from this exhibition and I can’t assume that Broomberg & Chanarin were opening a door to such a specific childhood reference (not just a series or album, but a specific freaking panel), I have a deep appreciation for any approach that deals with the big issues in such an idiosyncratic way that it provokes a strongly personalized reaction in the viewer. The surprising Hergé callback was just one of the many that I experienced while taking in Broomberg & Chanarin’s work; I had similar moments with Esther Teichmann’s Mythologies. 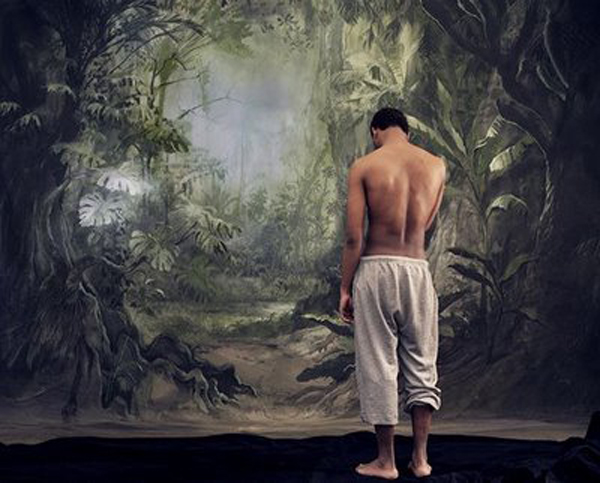 It’s better than the book.

Photographs belong in books and magazines. Sure I enjoy a good gallery show, but most of my favorite experiences of photography are publication related. I’ve seen The Americans on the wall, integral; give me the book any day of the week. It makes sense for a medium that is all about reproducibility, but mostly I’m for the book because it i a much more expansive space than a gallery, one can be an entire galaxy, the other’s a room. I cannot imagine a printed version of In Appropriation that trumps the exhibition. I can’t imagine one that comes close. Aaron Schuman, the curator, was careful to select works that had real presence in the white box, and it is no accident that every piece in the show is unique.  Good luck communicating the fragility of Afterlife on the page; you’ll get the idea but not the feeling. Michael Wolf could have made an edition of the Real Fake Art series, but by marrying each portrait to the painting purchased from the subject and deciding that each pair is one item. He’s locked it down, and by so doing he elevates the urgency of the piece but also the value, and that in itself becomes interesting. All of these paintings were purchased with a Hamilton here, a Jackson there, and now their presence and the story of their making are the primary engines of artworks that go for 20 or 30 large. I haven’t  decided if this is perverse like Douglas as Gekko or funny like Lovitz as Picasso. 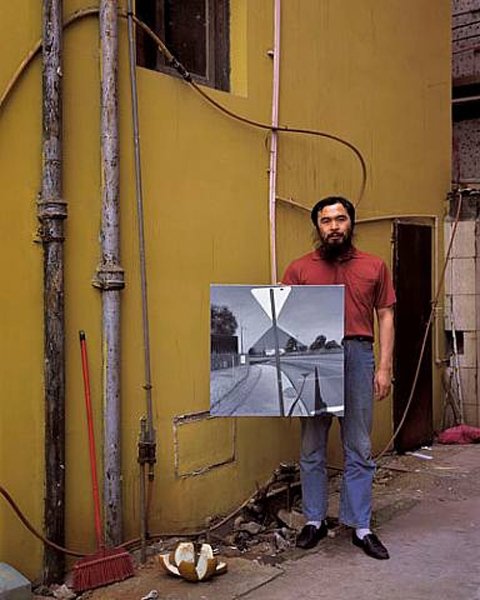 A portrait from the Real Fake Art book. In a gallery setting it his paired with the actual painting.

That’s my time; I see the Ticktockman in the distance. There is more to say but that window’s closing. Go. Go see the show. I’ll be giving it one last linger this weekend. Find me. We’ll talk.

In Appropriation closes this Sunday, October 28

‘Her Feet Planted Firmly on the Ground’ at...