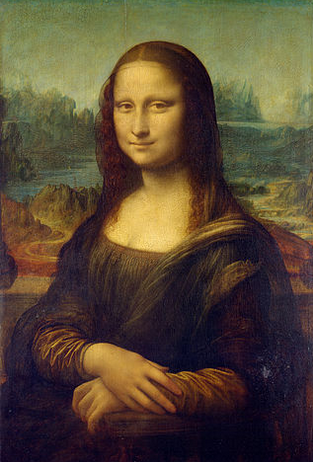 As this month’s Food for Thought video program, the Old Jail Art Center in Albany, TX will be showing Leonardo and the Mona Lisa tomorrow, September 13, at noon. Bring your brown bag lunch; beverages and light dessert will be provided.

Considering the history of Leonardo’s famous painting, the Old Jail Art Center may be the most appropriate place to view this documentary. Besides the number of vandalism attacks on the Mona Lisa over the years, the painting was stolen in 1911 and disappeared for two years. French poet Guillaume Apollinaire, who had once called for the Louvre to be “burnt down,” came under suspicion and was arrested. Apollinaire implicated his friend Pablo Picasso, who was brought in for questioning. Both were later exonerated.

But whodunnit? Bring your sandwich and find out!