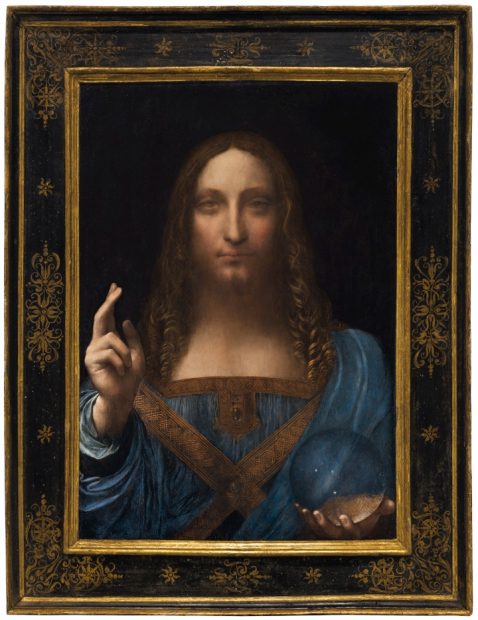 After last month’s record-shattering auction of Leonardo da Vinci’s Salvator Mundi at Christie’s auction house, the art viewing public wondered weather or not they would ever have the opportunity to see the work in person — it was, after all, the last Leonardo painting in a private collection. Since then, we have learned a few things about the painting’s mystery buyer: initial reports in the New York Times claimed that the $450.3 million painting was purchased by Saudi Prince Bader bin Abdullah bin Mohammed bin Farhan al-Saud. Meanwhile, the Wall Street Journal said that the buyer was actually Prince Mohammed bin Salman, the heir apparent to the Saudi throne.

Later, a report by Reuters confirmed that the United Arab Emirates owns the painting and that the work was purchased by the Abu Dhabi Department of Culture and Tourism “for display at the Louvre Abu Dhabi.” An offshoot of the Louvre in Paris, France, the Louvre Abu Dhabi opened its doors on November 11 of this year. It will display Salvator Mundi aside another da Vinci work, La Belle Ferronniere, on loan from the original Louvre.

If you can’t make it to Abu Dhabi but still want to see Salvator Mundi as more than just a JPG on your computer screen, artist Elliott Arkin has created a website selling items plastered with the painting’s image. Offering everything from playing cards to hijabs, to baby onesies, the site aims to democratize the image of the work. Arkin spoke about the project:

“There’s something about taking ownership back of this piece and making it so accessible and so much about something that everybody can have. When you take a piece of art and make it a $450 million item, you’re kind of removing it [from the public]. There’s a populist kind of notion about what I’m doing with it, there’s a populism in returning the work, where it’s something for everyone to have and deal with.” 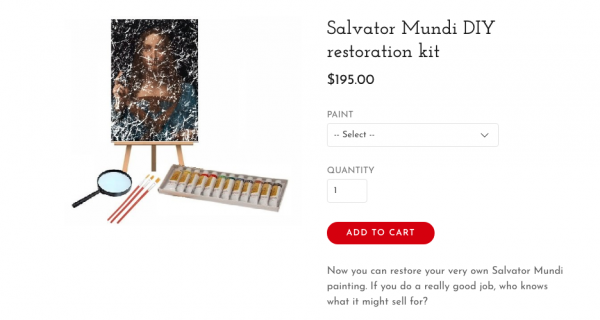