Dispatches from Documenta: Part III, Can art change the world?

Why do certain artworks have such a lasting impact? To stay with me, artworks usually have to affect some kind of change in me. I believe that art can change the world by changing the way you see the world or making your experience as a whole somehow more real, a prime example of which is Tino Sehgal’s This Variation at Documenta 13. Seghal does not allow his work to be photographed or recorded, and any description I can give would not do it justice. It is one of those “you had to be there” things that Steve Martin characterizes as a moment when close friends are completely in tune with one another. 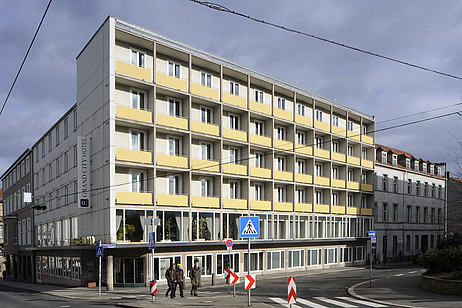 Sehgal’s piece takes place in a dark room, almost a shed, behind the Grand City Hotel up the hill from the main Documenta sites. When I walked in, I heard voices chirping, quiet beatboxing, low bass voices rumbling, and the soft shuffling of feet. There were maybe 15 or 20 performers in the room and a few started to move around me, always to my back or at my side, as they riffed on vocal loops in rhythm. The energy was building, the volume getting louder. Two performers started dancing on either side of me as the beat was bumping. I could resist no longer and started dancing with them, our bodies moving together when the chorus came in to a tune that sounded like CeCe Peniston’s “Finally” A soloist started singing “The income derived from things of little consequence … is of great consequence.” After a few minutes of this singing with others joining in, the rhythm slowly wound down until the performers were standing and swaying to quiet noises again. The energy produced in the room, the connection between people, even the concept that the value of things of little consequence is of great consequence– everything came together to produce a feeling of liberation. Sehgal will make you a true believer. If you are in Houston, you can see his Instead of allowing something to rise up to your face dancing bruce and dan and other things (2000) as part of the group exhibition Silence at the Menil. 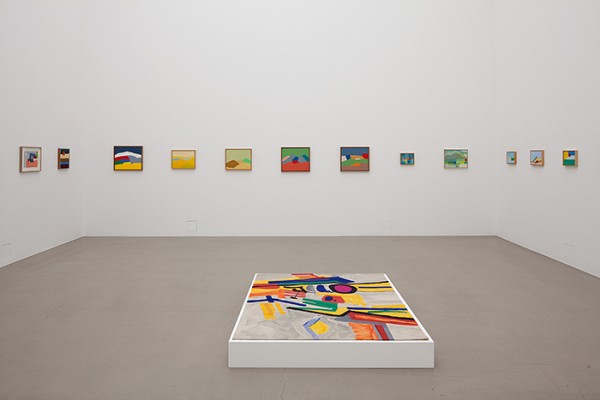 As further proof that the most effective art is often made with the simplest of means, a small gallery with a collection of paintings by Etal Adnan was one of the most beautiful at Documenta. Adnan has studied Mount Tamalpais north of San Francisco for over sixty years, mapping changes in the landscape with thick swaths of bold colors in abstracted shapes that pulsate with vibrancy. Photographs do not do justice to the precise relationships of color and form that build on one another from painting to painting. The artist has described her relationship to this landscape as an addiction, but her paintings show a deepening relationship with the mountain and her ever refining process of translating place to paint. 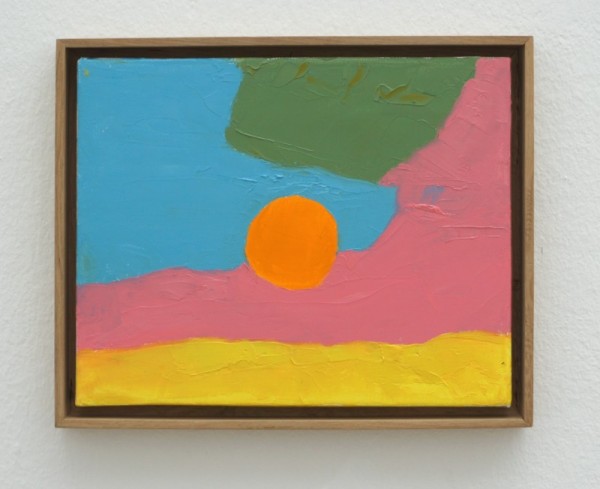 An authentic connection with location and context is another quality of artworks that sticks with me. Theaster Gates’s 12 Ballads for the Huguenot House is an example of this. Gates, who you may remember from Hand+Made at the CAMH, proposed to revive an abandoned 19th century house in Kassel using pieces of a similarly forgotten and dilapidated house in his native Chicago. The Huguenot House in Kassel became a performance space, sculpture, and architectural reinvention inhabited by a team of artists, performers, and other creatives who maintain the space and set up their own programming for the run of the exhibition. Gates and his collaborators have forged something beautiful together– a space that is alive with creativity and decaying beauty. The video below shows Gates performing with the Black Monks of Mississippi during the press preview.

It is these three artworks that have lingered in my consciousness long after I left Kassel. Seghal, Adnan, and Gates have changed me in subtle and lasting ways that I still cannot fully articulate. But then again, that enigmatic quality is exactly what draws me to their art. Too often experience has to be quantifed, pinned down, measured, or defined, even though the most meaningful moments in life are those that can never be explained or conveyed.