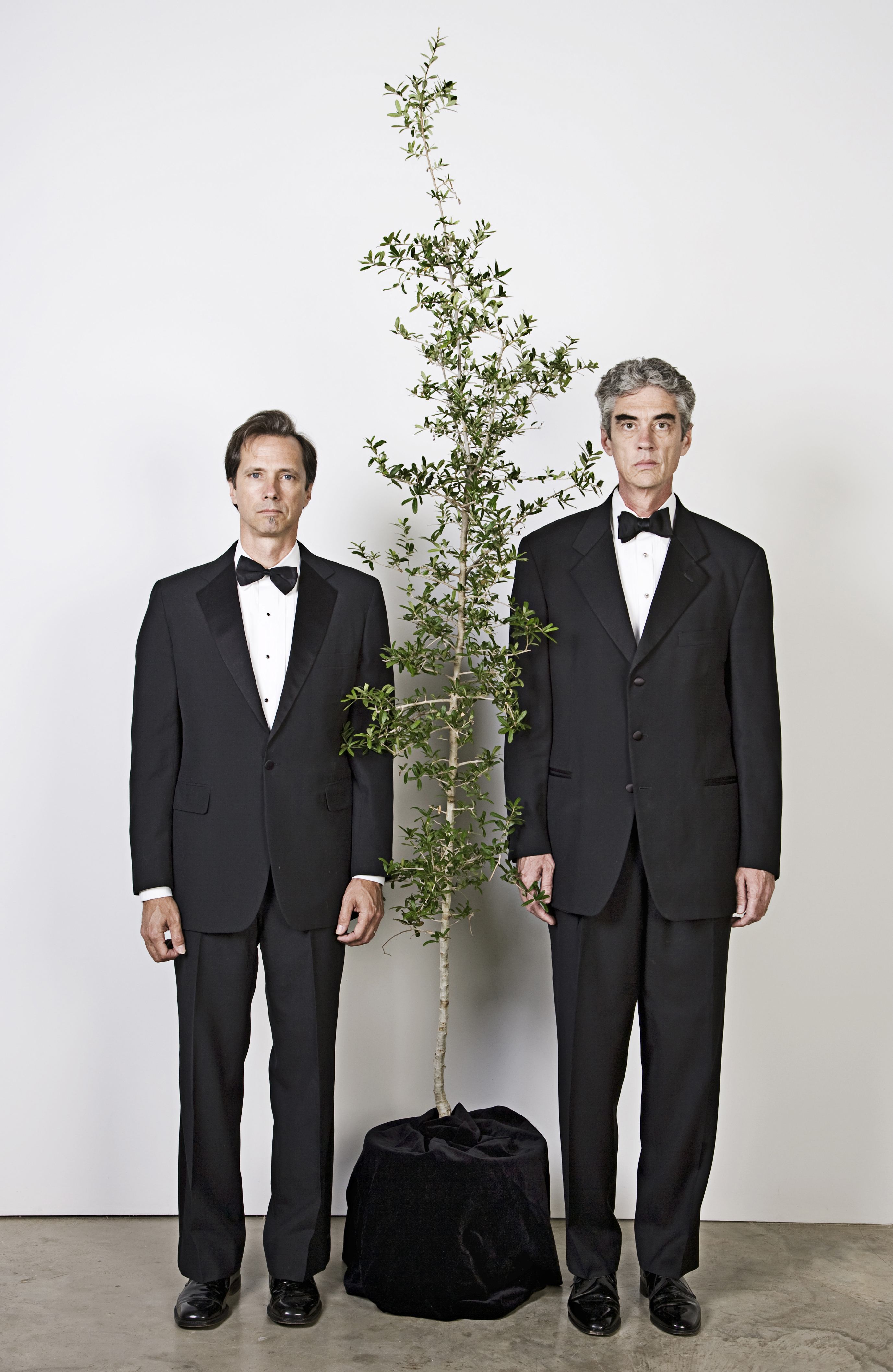 In a ceremony officiated by National Book Critics Circle Winner Lawrence Weschler, Director of the New York Institute for the Humanities, the Art Guys will officially dedicate the tree from their 2009 piece “Art Guys Marry a Plant” at 10:30 a.m., Saturday, November 19th in Menil Park in Houston. The piece, originally created for No Zoning at the CAMH, involved a well-attended wedding ceremony on June 13, 2009 at the MFAH’s Cullen Sculpture Garden.  Last spring, less than two years later, the young live oak was transplanted to Menil Park , because it “needed space.”