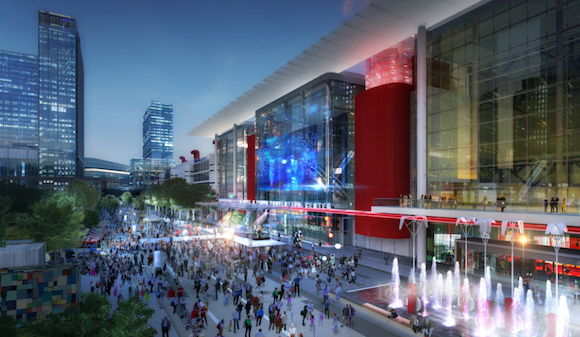 It all began in late 2014 when the HAA awarded Wilson the contract for the $830,000 commission, then rescinded the contract, then re-awarded him the commission. At that time, the mysteriously untouchable HAA (the Donald Trump of arts organizations) seemed to be the bad guys, but now the blame for delays seems to fall at the lap of the City Council, although the last Glasstire piece posited that, “Houston Arts Alliance officials are either hiding under their desks or surfing the web for job listings in other cities.” Glentzer’s article reports that council member Dave Martin demanded an immediate explanation of the alliance’s administrative fees and council member Greg Travis asked why that agency hasn’t been reviewed in more than a decade. Uh oh, HAA.

Glentzer writes: “Last week, the council called a special session of its quality of life committee so Debbie McNulty, the new director of the mayor’s cultural affairs office, could explain the city’s public-art selection process to elected officials who didn’t seem to understand it was too late to change course.” Although Houston First has met individually with council members in recent weeks, it seems some council members still don’t get it, arguing about budgets, branding, and birds. 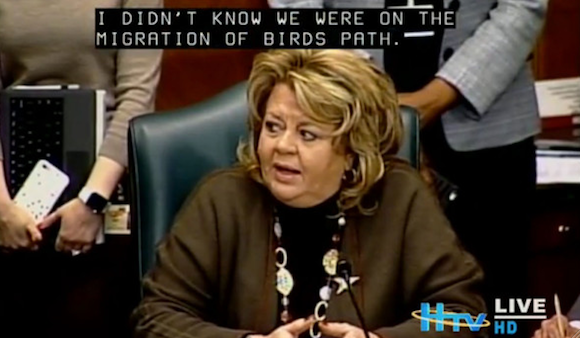 It should be noted that Houston’s newly elected mayor, Sylvester Turner, spoke up for public arts funding: “I don’t want anyone to think that the mayor and City Council do not have a deep appreciation for the arts, because we do. I don’t want to do anything to curtail that or to say to Houston First or to anybody else to kind of scale down. I don’t think that’s the message we want to send.”

And the Houston First spokesman says that Wilson will get paid even if the City Council refuses to transfer the funds.