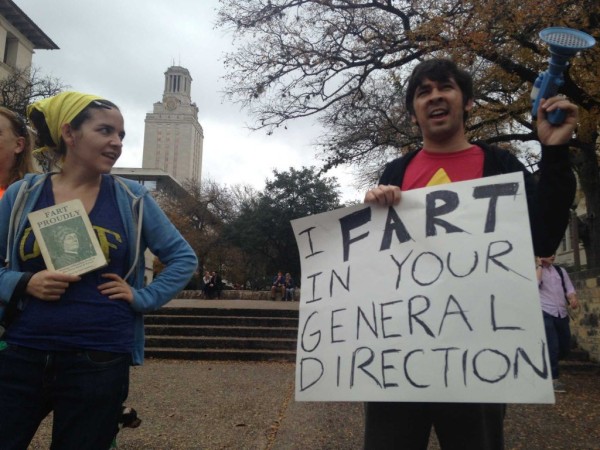 Well, IT happened Saturday: the mock mass shooting near the campus of the University of Texas at Austin that the pro-gun organizers referred to as a “theatrical performance.” Besides inspiring Glasstire’s Christina Rees’ photo essay on guns in art, it inspired some pretty funny counter-protest performance art.

The Houston Chronicle’s Lauren McGaughy was there to report an update to her original article about the event. While cardboard guns were drawn and ketchup spewed earlier than expected (“You don’t get a time and place, you don’t get a flier or an invitation for a true mass shooting. They happen unannounced,” said the lead organizer.), two groups joined together to far outnumber the mass shooting performance artists.