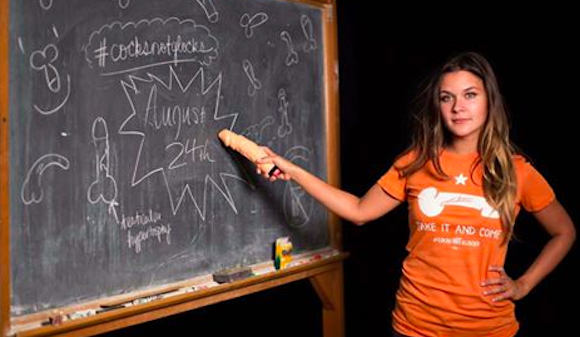 Naturally, the pro-gun advocates are trying to organize a counter protest on the same day for “Liberty-minded students from Texas State, Trinity University and the University of Texas.” Unfortunately, it doesn’t sound nearly as creative. They simply ask supporters to “Bring pro-2A [second amendment] clothing, flags, signs, etc.”

“Take it and Come”

Open Carry Texas has organized a protest to the protest called Clocks Not Cocks.

From their Facebook page “Clocks are more necessary in a college campus than Cocks and we want to help educate the gun haters on how to read one and be on time for classes.”
“support campus carry, bring a clock as part of our symbolic protest”

I Love my school.