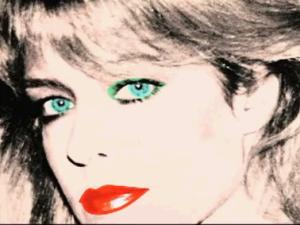 The University of Texas has now gone to a Los Angeles court in a last-minute bid to have Ryan O’Neal‘s star witnesses (Farrah Fawcett’s former costar Jaclyn Smith, friend Alana Stewart and son Redmond) blocked from providing testimony in the ongoing dispute over an Andy Warhol painting.

The university is suing O’Neal over the painting of Fawcett it claims the actress left to the school when she died in 2009 (the will was last updated in 2007), while O’Neal claims the painting belongs to him. The painting “disappeared,” then seemed to appear in the OWN reality TV show Ryan & Tatum: The O’Neals. And then there’s the former star quarterback, Lubbock resident Gregg Lott who recently popped and says he had been having a secret affair with Fawcett for the past 11 years and is willing to testify on the behalf of UT.

The whole thing seems pretty icky—a little too arty for TMZ and a little too trashy for UT—except for the fact that some sources put the value of the painting as high as $30 million. Ryan O’Neal and the University of Texas could probably both use that kind of money these days.