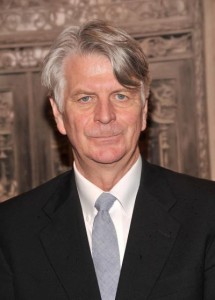 Announced today: Fritz Steiner, the respected longtime dean of the University of Texas at Austin’s acclaimed architecture school (ranked seventh in the nation) is leaving his position, and he cites the university’s campus carry laws as the main reason.

He’s heading to another dean post at the University of Pennsylvania, but says (via The Texas Tribune): “I would have never applied for another job if not for campus carry. I felt that I was going to be responsible for managing a law I didn’t believe in.” He says he’s turned down offers for similar job offers in the past.

Via The Tribune, cont.:

Steiner said the law has come up in every faculty meeting and student meeting that he has attended since it passed. He said the majority of his students and faculty opposed it, but he felt powerless to do anything to assuage their fears. He said Penn approached him during the fall semester. Last time there was an opening, he declined to apply. This time, he was open to the idea.

This could be the beginning of “Brain Drain” in Texas. Brace yourselves. Who wants to work in an environment, where you have to watch what you say, for any reason. Like Yale, last Halloween, there will be repercussions that could effect the quality of higher education.