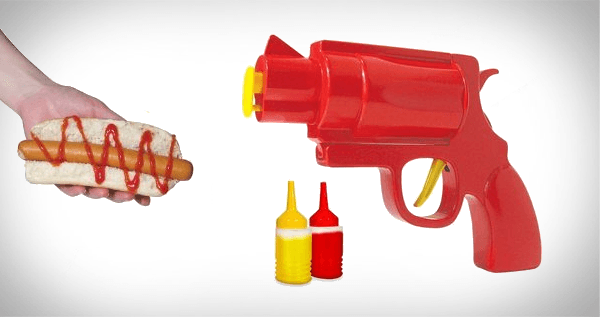 A group of pro-gun activists are planning to stage a mock mass shooting near the University of Texas at Austin campus, reports the Houston Chronicle’s Lauren McGaughy. The organizers describe the event as a “public theatrical performance,” stating on Dontcomply.com, “Freedom of Speech and Expression will be tested this Saturday when we use the concrete sidewalk as our stage, with the public and the media as our audience in an important dramatization.” We know that this is art because the same web page includes an oversized quotation from Leonardo da Vinci:

The author goes on to describe it in artistic terms: “This will be a serious, theatrical skit consisting of ketchup and cardboard props to capture the reality of the plot.”

Billed as the “Life and Liberty Walk To End Gun Free Zones,” the performance was originally to take place on campus until UT officials announced that it would ask the outsiders (non-students, non-faculty, non-staff) to leave the campus or face criminal trespass charges. The event’s Facebook page is getting a lot of attention and comments, including some posts by students like this one:

I HAVE A LINEAR ALGEBRA AND MATRIX THEORY FINAL ON SATURDAY AT THIS TIME. PLEASE DO NOT INTERRUPT WITH LOUD NOISES.

The actors will be “shot” by “perpetrators” armed with cardboard weapons. For any Texas performance artist who wants to join in, the Facebook page still says, “Crisis Actors Needed.”