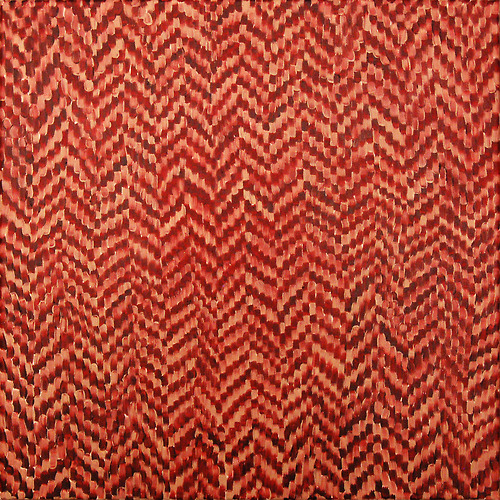 Sam Sanford’s exhibition at Austin’s N Space, Furniture Music consists of a series of mostly large abstract paintings that resemble the patterning in fabric. One painting is of a black and white houndstooth, another a brown herringbone, and, in another, a sensitive dotting of flowers mark the canvas evenly. The patterns are tightly rendered in some works, so much so that they retain their illusion even when viewed-up close. Others assert a painterliness through loose brushstrokes that quietly pulse. Sanford draws from the modernist history of abstraction, pushing the design of the fabric into the canvas; the support and the canvas are united, not unlike a swatch of fabric. And yet, despite taking from manufactured textiles, these works of art are still very much paintings. 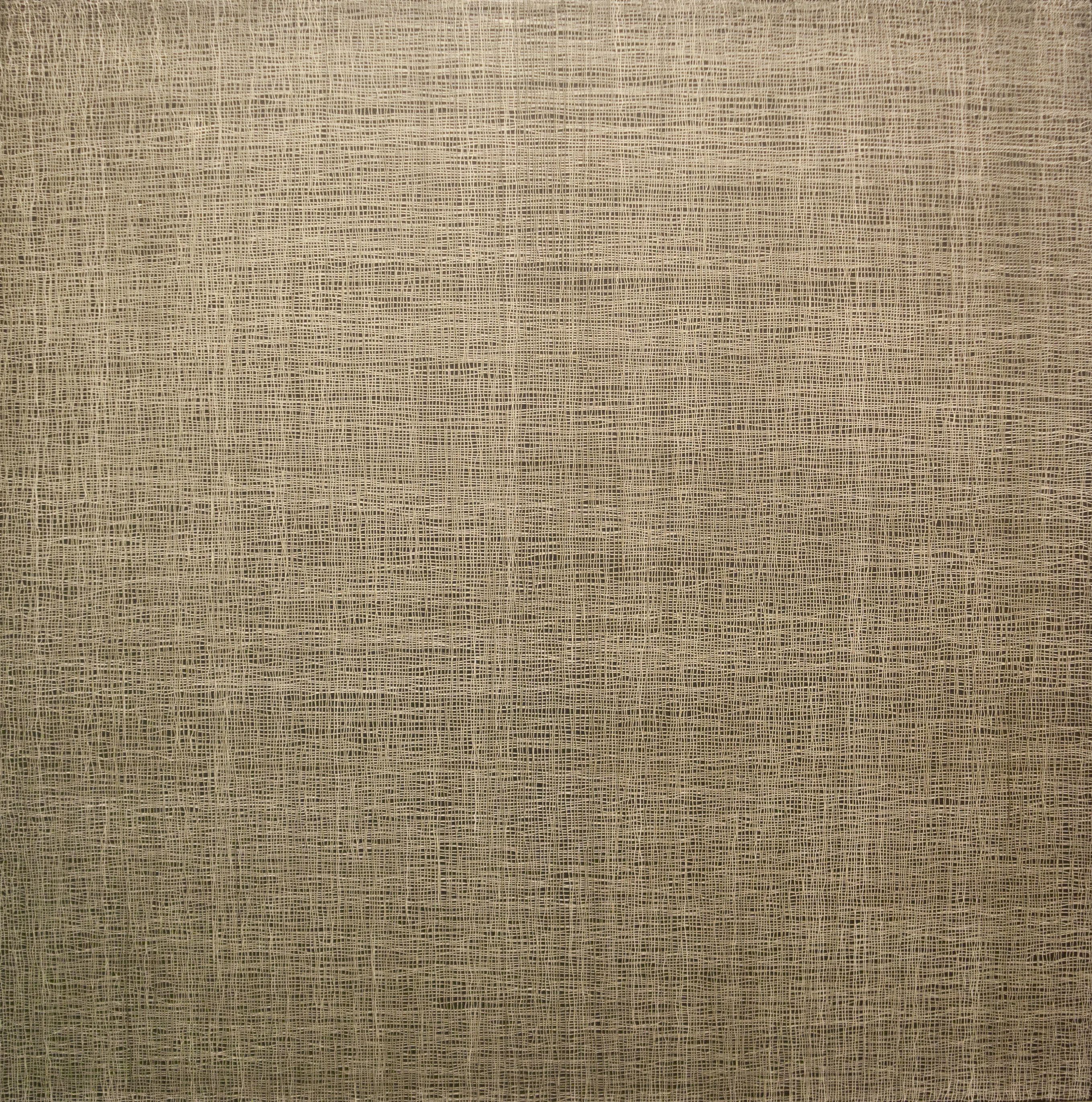 A painter’s painter, Sanford embraces a tradition that is often lost in the Austin art world’s preoccupation with photography and drawing. I first got to know Sanford through his slick photo-realist paintings of owls, extra-terrestrials, and hamburgers. In this exhibition, I was surprised to see Sanford working in abstraction, creating seemingly effortless meditations on design. The paintings belie a kind of simplicity (manufactured fabric) for a more complex reading on abstraction. The recognizable everyday patterns featured in the works allow the paintings to compellingly hover between painting and object. This is particularly true with one work that resembles the all-over effect of a Pollock. Instead of messy skeins of paint, Sanford creates an image of tightly woven mesh, an almost fine cheesecloth-like finish that runs across the space of the painting. The work successfully creates the illusion of a familiar fabric while maintaining its painterly qualities. 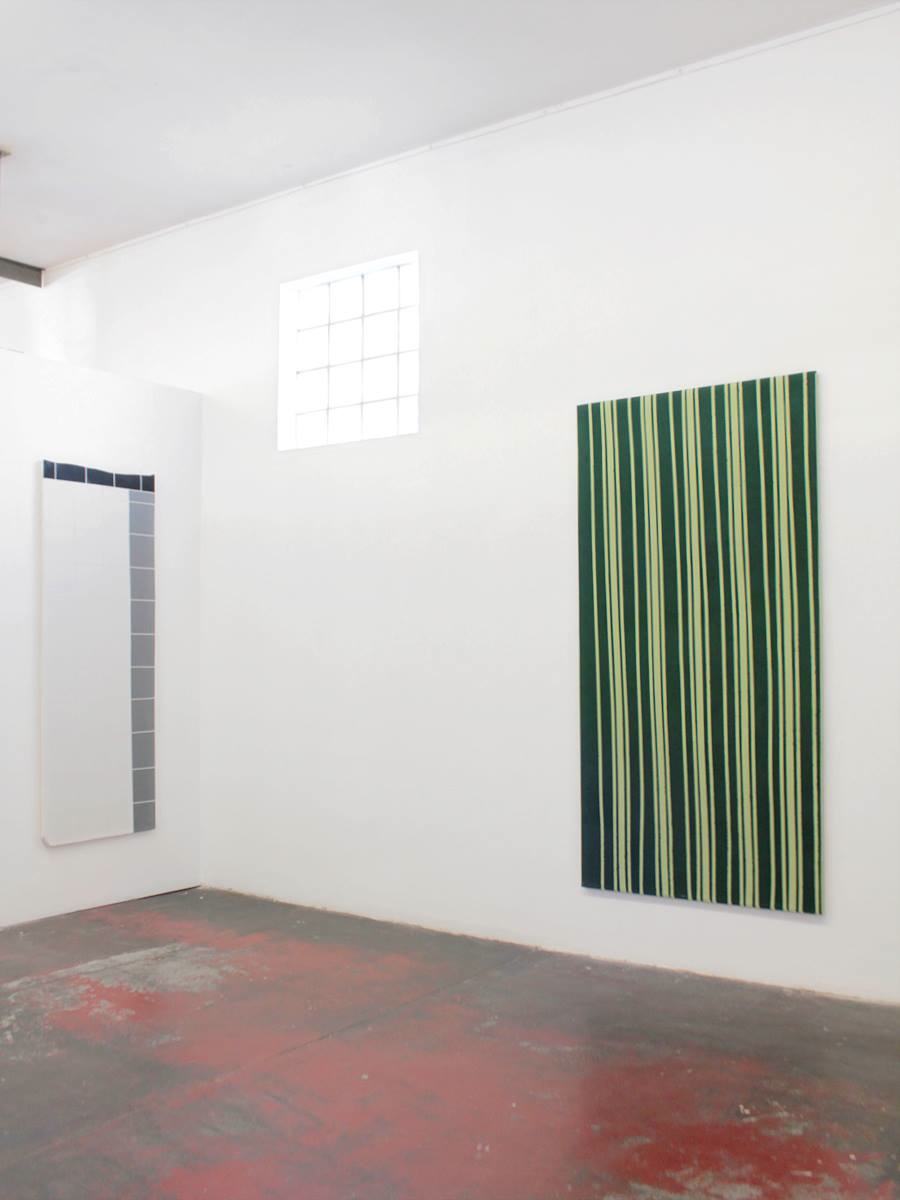 Across town at Farewell Books, Houston-based artist Jeremy DePrez also blurs the line between painting and thing-in-the-world for his exhibition Not a Crack or a Split. A small but careful exhibition, the show features just five large abstract works. DePrez has mastered the art of creating paintings that are precisely imprecise. One work displays perfectly crooked green stripes while the top edge of a black and white tiled painting has an uneven edge that feels anything but accidental. 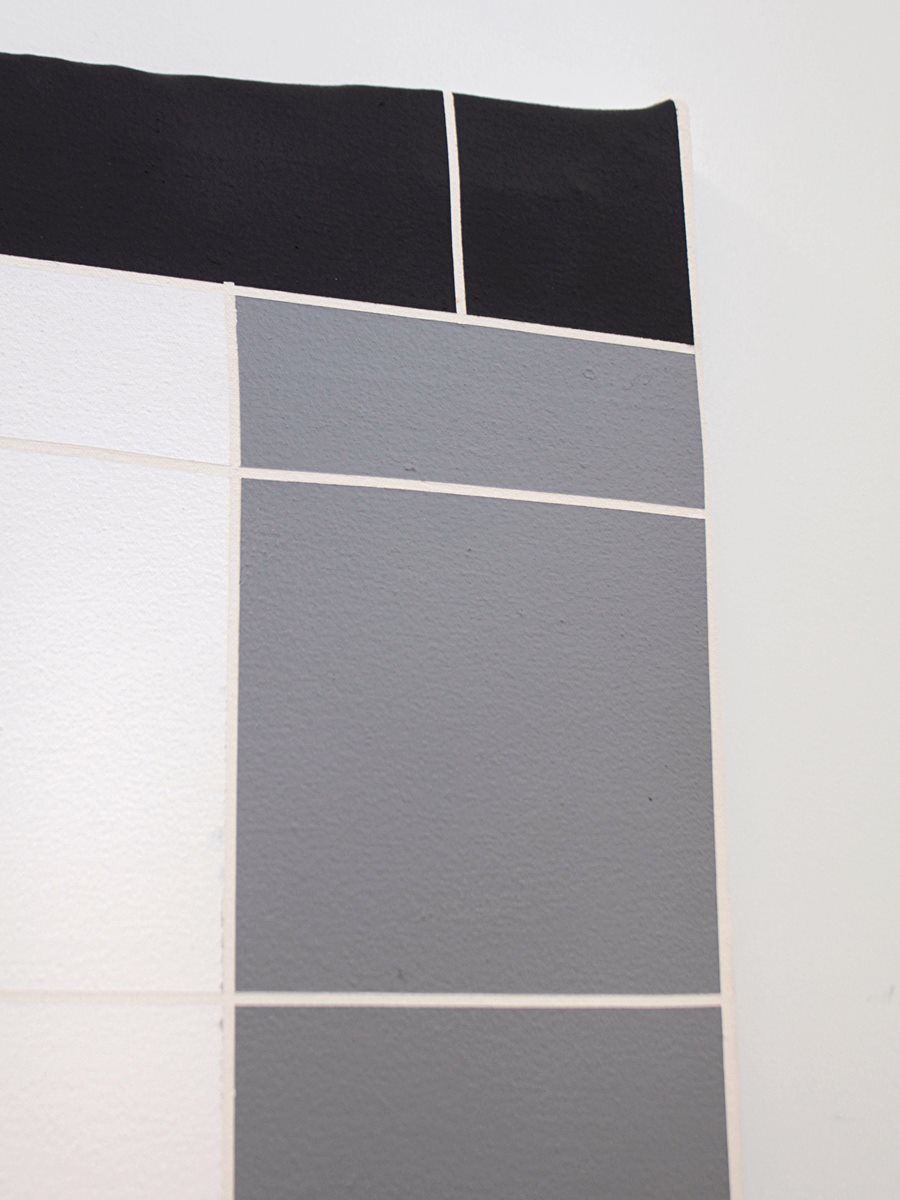 It is the crooked edge of this painting that encourages the abstraction to leave the frame of the canvas and move toward sculpture. It is a technique that the painter Frank Stella in the 1960s discovered by cutting out a notch in the canvas. Suddenly the “picture window” is destroyed as image and surface become integrated.

At first glance, the works in the show seem disconnected. The large canvases that play with geometric abstraction are strong on their own, but somewhat beguile when placed in proximity to one another. It is revealed to me by a friend that each of the works depict a different object in DePrez’s bathroom. Suddenly the show rushes into focus. Of course the tiled painting is a detail of the floor of his bathroom (it looks just like the floor of my bathroom!). The green striped painting is a towel hung crookedly. Another fantastic work, a large black canvas covered in thick stippling with a black flat stripe across the bottom half, is now so obviously an oversized black towel. This is a work that could easily fit into the Blanton’s exhibition Lifelike. What makes the painting a towel, an everyday thing, is the very textured stippling that is applied not just on the front of the canvas but on the sides as well. DePrez’s work, like Sanford’s, deftly moves between the image, abstraction, and the object. 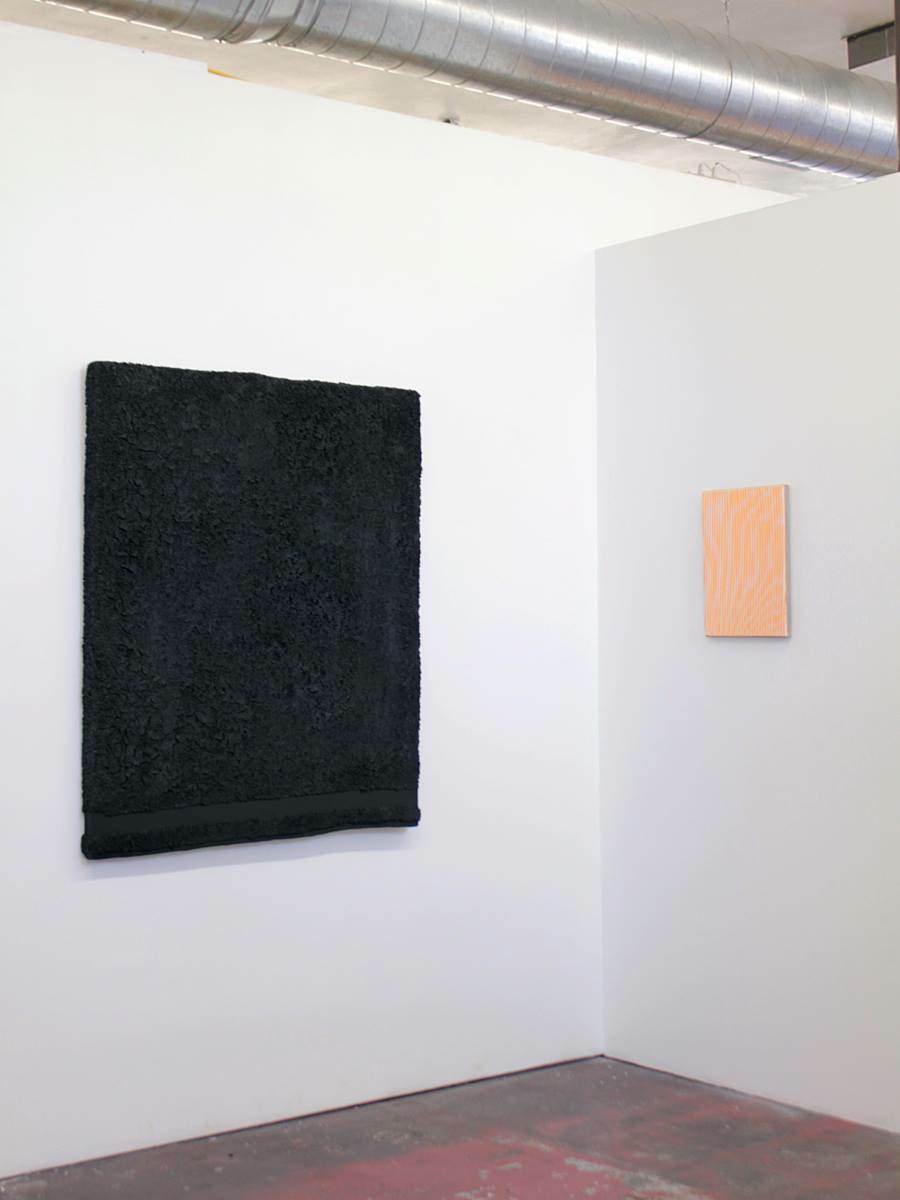 What is nice about Sanford and Deprez’s recent exhibitions is the ease in describing what the works are seemingly about. So often abstraction confuses the viewer. Longing for meanings that are not easily proffered, critics turn to discussing the process of making or the biography of the artist. And while we might be able to say “fabric design” or “bathroom,” the works complicate these simplistic readings by being very good non-objective paintings. Sanford and DePrez hinge their work on ordinary objects, abstracting the world that surrounds them by quietly borrowing and subverting modernist tropes of abstract painting.

Infinite and Repeating: An Interview with Morgan Rush...