by Paula Newton May 21, 2013
FacebookTwitterEmail 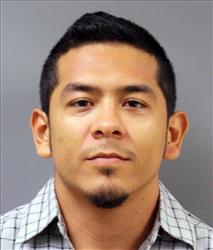 Houston art student Uriel Landeros, who faced up to ten years for felony graffiti and criminal mischief charges, was sentenced to two years on the graffiti charges. Landeros was accused of spray-painting Picasso’s Woman in a Red Armchair at the Menil Collection on June 13 of last year. The incident was captured on a bystander’s cell phone and posted on YouTube, which made its way into national news stories. Landeros, a US citizen, then fled to Mexico, but eventually turned himself into authorities near the US/Mexico border in early January.

After negotiating with prosecutors, Landeros agreed to plead guilty to the graffiti charge in exchange for a minimal prison sentence. The other charge was dropped because he believed “what he did to the painting was not criminal mischief, it was an artistic statement, an expression, much like graffiti art is,” said Landeros’ attorney, Emily Detoto in a Huffington Post article.

Taking into account the five months served, Detoto believes there is a good chance for parole very soon, if not immediately. Landeros plans to return to the University of Houston for his final semester and receive his bachelor’s degree.

To catch up on the Landeros saga, read the articles posted this past year by Bill Davenport, beginning with this one from June.