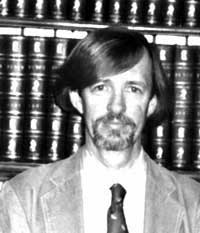 The art historian and scholar Thomas McEvilley died yesterday at Memorial Sloan-Kettering hospital in New York. He was 73 years old. A national figure and author of numerous monographs, essays and poetical works, McEvilley influenced the Houston art scene as an instructor at Rice University from 1969 to 2008. More on his biography, including a partial list of his publications, can be found here.

I was lucky enough to attend Rice when Dr. McEvilley was teaching his course “Art and the Mind,” which covered the earliest artifacts that appear to have been manipulated by humans (at the time, a bone with markings that probably tracked moon cycles), to the very latest art on view in New York galleries. We read Joseph Campbell. I vividly remember one lecture devoted entirely to the sublime, and another that compared tiered structures throughout the world (pagodas, Mayan pyramids), in which he concluded that to deny the existence of a collective subconscious was absurd. Dr. McEvilley commuted to Rice every week from his home in New York to teach the class, an effort that was funded by the Menils. The one time I had the opportunity to meet Mrs. de Menil, I told her how much Dr. McEvilley’s class had meant to me and thanked her for bringing him to Rice. Her eyes lit up, and she said, “you learned something there.” I did.

Wonderful piece by Jerry Saltz this morning on McEvilley: http://www.vulture.com/2013/03/thomas-mcevilley-1939-2013.html