I’ve long thought of clay as a very specific medium. By “medium specific” I’m recalling the critic Clement Greenberg’s term as he defined it in his 1961 essay Modernist Painting. According to Greenberg, what defined modernist abstract painting was its ability to criticize itself, therefore  “to entrench it more firmly in its area of competence.” Each art has to “determine through its own operations and works, the effects exclusive to it.” Abstract painting was in conversation with itself—paint on canvas, the flatness of the support. Painting was not an illusion but, instead, a fact specific to its very components. If we relate this argument to clay, the medium is tied to what it can do as a durable yet flexible material–the creation of vessels, beautiful utilitarian objects as old as the birth of civilization, or bowls and mugs I’ve bought at craft fairs. 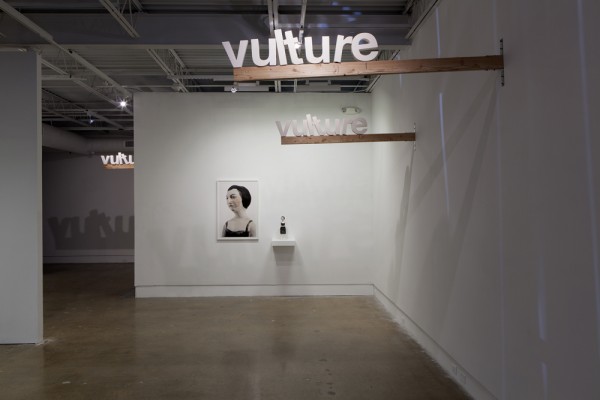 This is all just to say that perhaps clay gets a real bad rap in the art world. Too often poised  as a craft, a nice object from which to drink from, and less an art work to be placed on a pedestal. In Under the Table at Fort Worth Contemporary Arts, curator Margaret Meehan seeks to rectify these misconceptions about the medium of clay. Meehan gently but firmly guides us through the many iterations clay can take, from endurance performance to photography to video to tabletop sculpture. The end result is a compelling exhibition that has everything to do with the medium of clay and also nothing to do with the medium of clay. 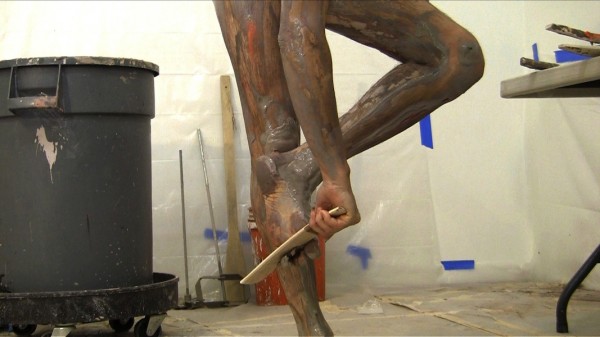 In the exhibition essay, Meehan explains that the title of the show comes from Mike Kelley and Paul McCarthy’s video Heidi: “The show starts from the understanding that on the table is kitsch and under the table references perversion.” Working under the table as such, all of the artists in the show, Meehan claims, are “subversive perverts in one way or another.”

Ben Brandt’s terrifically perverted video, Apoxyomenos II, is at the entrance to the exhibition. Brandt, in only tight black underwear, stands on a white throw sheet as a bald man, also in his underwear and looking not unlike Richard Serra, coats Brandt’s body in clay. They lean their bodies against one another in a half-hearted wrestle or Brandt wraps his arms around the small man in an awkward hug, an absurd slow-dance. In another section, Brandt scrapes the clay from his body, an homage to the classical Greek sculpture Apoxyomenos. The cord this video strikes in me is so particular, and I’ve seen the video several times now (it was on display at the Visual Arts Center in the spring and Co-Lab this summer). I can’t look away from the spectacle of these two grown men, their actions so hilariously bizarre yet performed with such acute sincerity. 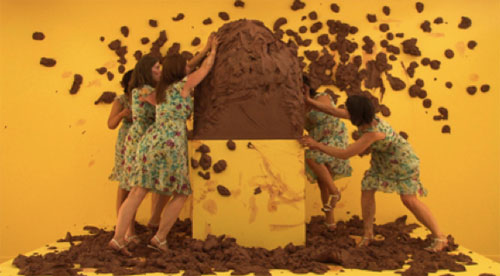 Equally mesmerizing is the other video in the exhibition, New York artist Kate Gilmore’s Sudden as a Massacre. Whereas in Brandt’s video clay acts as a prop in the interaction of two men, in Gilmore’s piece clay and its very materiality is the subject. Five women in identical ruffled dresses stand before a very large mound of clay that is placed on a pedestal. For the duration of the 30 minutes of the video, the women struggle against the clay, picking and pulling it apart, throwing clumps against the wall or on the floor. Despite their dresses, which recall schoolgirls at church, this is not a dainty exercise. Their bodies violently push and pull against the material, until the mound is completely disassembled, a heap on the floor at their feet. 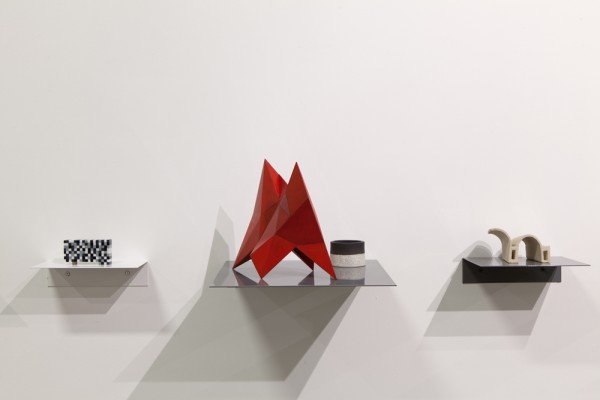 SiLwA or Sculptures in Love with Architecture is a collaborative project created by artists Fabio J. Fernández and Tom Lauerman. The small sculptures are based on large-scale architectural sites. Louis Kahn’s Kimball Museum’s vaults are realized as softly curved clay. It feels like the space without mimicking directly the form. Studies in scale and meticulously crafted, the sculptures are these tiny perfect modernist objects. It took everything in me not to quickly place each and every one into my purse and run off.

These are just three examples of works in the exhibition that use clay as a means to make art. Which is really, obviously, what clay is—like paint or pencil or video camera–it’s first and foremost a material. Specifically, it’s a material that does not dictate or determine the ideas and forms of any given art.

“Under the Table”
Fort Worth Contemporary Arts
November 3 – December 15, 2012

“There’s nothing that says that a great pot can’t match a great statue in aesthetic value. Let the vessel maker show us that. There are no rules or prescriptions or laid-down-in-advance categories of value in art.”