Artadia, a national nonprofit grantmaking organization, has announced Ian Gerson, Matt Manalo, and Anthony Suber as the recipients of its 2022 Houston Artadia Awards.

Founded in 1999, Artadia provides unrestricted grants to artists in eight cities across the United States. Since its inception, it has awarded more than $6 million to 370 artists. The organization’s website states that it aims to “elevate the careers of artists at pivotal moments in their practice and help strengthen their communities through a proven combination of recognition, grantmaking, community support, and advocacy.” The 2022 awardees have been granted $15,000 each. 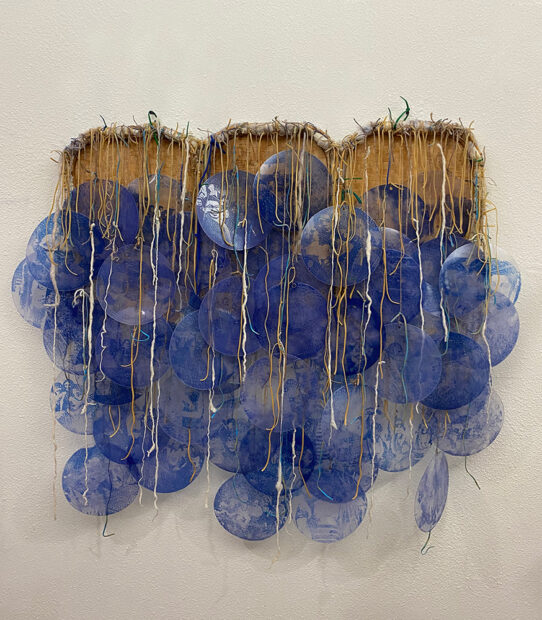 Multidisciplinary artist Matt Manalo told Glasstire, “Receiving the award means everything to me! For one, being able to receive unrestricted funds for a working artist means that I can not only support my art making, but also be able to thrive. It is exciting because it supports my effort to create a more sustainable environment for artists in the art world. Second, it just feels good to be recognized for your work, because I know there are a lot of artists in Houston who I admire and look up to. I hope to see more funding for artists where the artists’ vision and work are trusted and supported in the future.”

The selection process involved a two-tiered jurying system that culminated in virtual studio visits with jurors Dr. Anita N. Bateman, Associate Curator of Modern and Contemporary Art at the Museum of Fine Arts, Houston and Phillip A. Townsend, Curator of Art at the Art Galleries at Black Studies (AGBS) at the University of Texas at Austin. 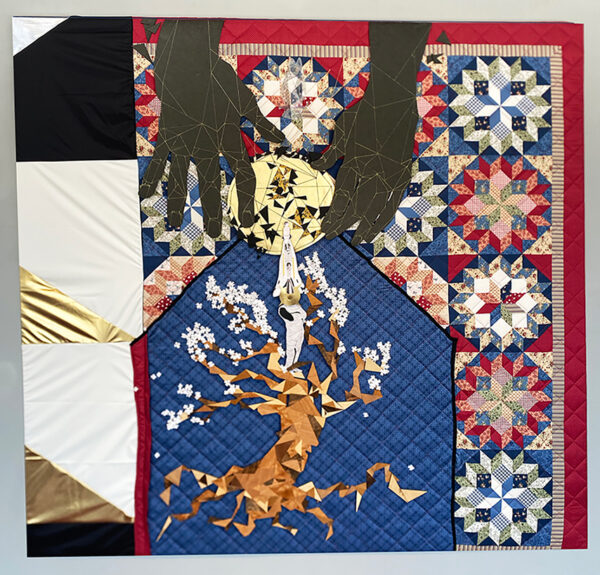 In a press release announcing the awardees, Ms. Bateman said of Mr. Suber’s work, “Anthony Suber’s sculptures, soundscapes, and mixed media works engage a type of Folk-Afrofuturist ethos that is not only responsive to legacy and ritual, but inherently incumbent upon them.”

Mr. Suber told Glasstire, “I am elated to have been recognized for this award. As with any creative profession, it can be difficult to measure if your work is as impactful as you’d hoped, so for me receiving this award has been a wonderful experience that serves as a reaffirmation of my practice as a visual artist and the value of my craft. A large percentage of my work is designed to integrate art with community action, and promoting the general welfare of others and this award helps to raise the visibility of that thread in my work.” 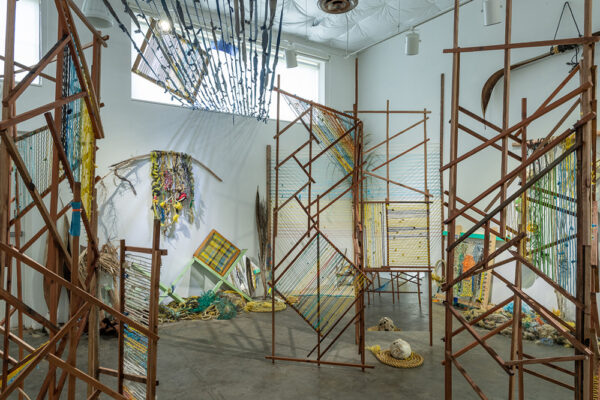 Of Ian Gerson’s practice, Mr. Townsend has remarked, “Gerson’s work advances critical ideas about trans consciousness as a critical framework for identifying and understanding resistance, adaptability, and survival strategies that can be deployed in the pursuit of environmental justice.”

Mr. Gerson told Glasstire, “I am incredibly honored and grateful to be selected for the Artadia Award this year. Receiving this award really frees up a lot of stress for me in the spring. I’ll have more time to focus on my work for my upcoming solo show at Art League Houston in May and won’t have to overcommit to every freelance job opportunity, but can put more of that energy into my practice. I’ll be able to purchase equipment and pay people to help me on specific tasks outside my skill set. I’m also really excited to become a part of the community of artists and arts professionals within Artadia’s networks across the country.”

In addition to the awardees, finalists for this year’s award included Saúl Hernández-Vargas, Ayanna Jolivet Mccloud, and Sandra de la Rosa. The 2022 Houston Artadia Awards are supported by the Brown Foundation, the John R. Eckel Jr. Foundation, Cecily Horton, the Artadia Board of Directors, Artadia Council Members, and individual donors across the country.

Learn more about this year’s Artadia Awardees below, via bios provided by the organization. 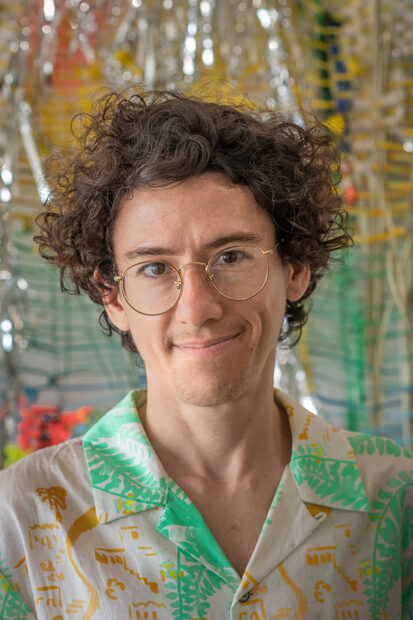 Ian Gerson is a queer and trans interdisciplinary artist and educator born and based in Houston. Mr. Gerson has participated in several residencies including Skowhegan School of Painting & Sculpture, MacDowell, and Socrates Sculpture Park, and shared work across the US and in Mexico City, most recently at BOX13 in Houston and Galveston Artist Residency with an upcoming solo show at Art League Houston in 2023. Mr. Gerson holds an MFA in Sculpture + Extended Media from Virginia Commonwealth University and a BFA in Studio Art from the University of Texas at Austin.

Working at the intersections of sculpture, installation, and community engagement, Mr. Gershon’s practice investigates climate injustices, trans consciousness, and queer longing. Stemming from personal encounters with (un)natural disasters and transitioning, Ian’s work asks how a trans experience, embodying adaptability and resilience, can be looked to as a model for surviving precarity. Ian weaves flimsy tapestries with discarded materials culled from local waterways and coastlines as a way of centering the refused, the invisible, the marginal. 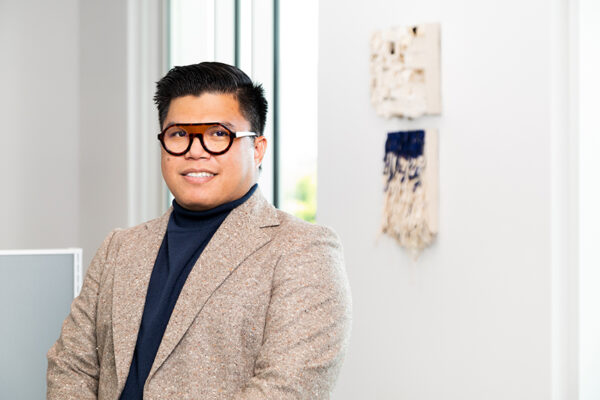 Matt Manalo is a multidisciplinary artist who was born in Manila, Philippines and resides in Houston. He received his BFA in Painting at the University of Houston. His environmentally conscious work incorporates raw materials and found objects and tackles ideas surrounding his own immigrant identity, displacement, and how “home” is defined. Mr. Manalo is influenced by the physical and social structures that exist in both the Philippines and the United States as well as the erasure of histories and presence of colorism that have resulted from colonization.

His work was recently seen in the exhibition, Carriers: The Body as a Site of Danger and Desire, Blaffer Art Museum in Houston, curated by Tyler Blackwell and Steven Matijcio and he was included in the 2021 Texas Biennial: A New Landscape/ A Possible Horizon curated by Evan Garza and Ryan Dennis. Mr. Manalo is the founder of Filipinx Artists of Houston, a collective of visual, performing, literary, culinary, and multidisciplinary artists. He also runs an alternative art space: Alief Art House, a hub for creativity that highlights the cultural richness of the multiple communities within a unique Houston neighborhood. 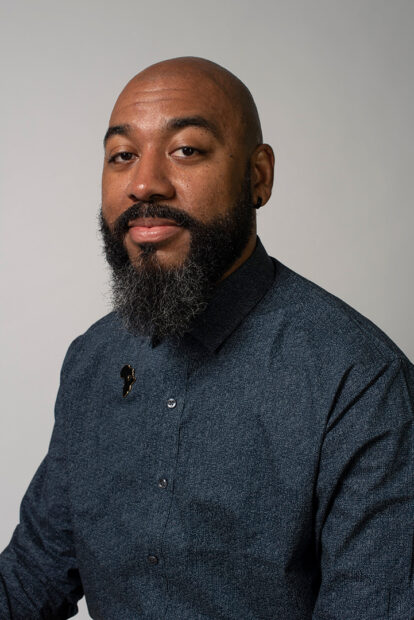 American visual griot. His work is derived from his personal perspective and experience of spirituality, cross-generational relationships, history, and narratives he heard as a child. Mr. Suber is a graduate of the University of Houston with a BFA in studio art and also has an MFA from Houston Baptist University. Outside of his studio practice, Mr. Suber has served almost two decades as a fine arts educator in Texas.

Child-like exploration, anthropological discovery, and mysticism are the threads that stitch Mr. Suber’s work together. Through re-interpreting language and movement, reference of living elements, and iconography from the African diaspora, he explores ways to preserve what has been (history) while highlighting our connections to the now (present) and what can be (future).