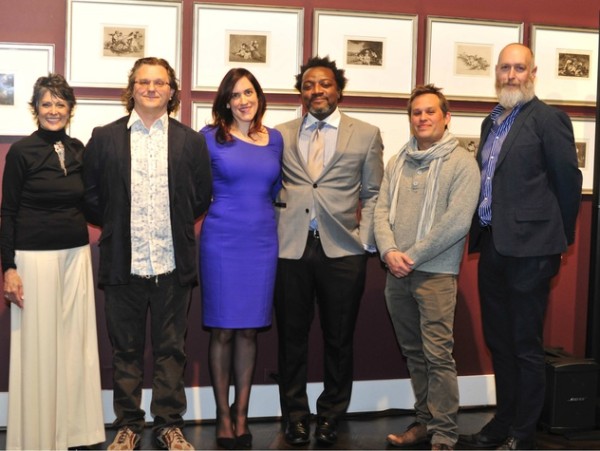 With all the hoopla surrounding the Artadia Houston awards (the ten finalists were announced a few days ago in all the national art magazines), the rest of Texas might be feeling left out. But the deadline (November 11) is approaching for the Meadows Museum’s 2015 Moss/Chumley Award. Named for two Dallas art dealers who made outstanding contributions to the visual arts in North Texas during the 1980s, the award serves to recognize an outstanding North Texas artist.

The $2,500 cash prize isn’t exactly the $5,000-20,000 that Artadia doles out, but it’s nothing to sneeze at, and all entrants receive an invitation to the Meadows Museum Holiday Party on December 9, when the winner will be announced. For deadlines and very clear guidelines, go here.

Or, if you are an artist participating in the themed invitational ArtSmarterPrize 2016 and have interpreted the craziness of its guidelines, you can attend the award ceremony to be hosted somewhere in Dallas sometime in April of 2016, where you may or may not win cash and/or trophies. Although the ArtSmarterPrize is open to all Texas artists, the press release states:

You’ll be amaze by my Martha Stewart acrylic paintings for Artsmarter.