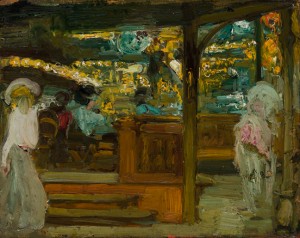 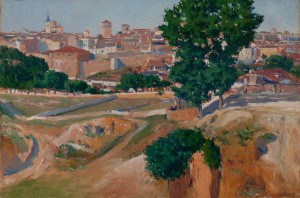 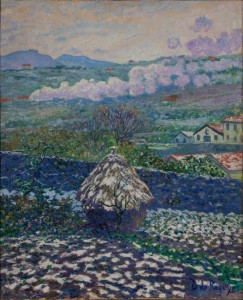 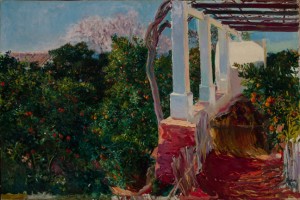 “The Colemans have spent the last 30 years building one of the finest collections of early 20th- century Spanish paintings in the United States,” said Mark Roglán, director of the Meadows Museum. “The addition of these five important works to the Meadows collection will not only strengthen the holdings from this period but also will better explain the evolution of these important artists who were active in Europe during one of the most fascinating and complex artistic periods in art history, between Impressionism and Cubism.”

The Colemans are longtime supporters of the arts at SMU. Coleman, who is Caruth Professor of Financial Management Emeritus in the Cox School of Business at SMU, helped establish, with Meadows School of the Arts, SMU’s interdisciplinary M.A./M.B.A. of arts management. He serves on the Meadows Museum Advisory Council.

The Colemans began collecting early 20th century Spanish art in the late 1970s with the encouragement of former Meadows Museum director Dr. Willam B. Jordan. They loaned four of the paintings in this gift to the museum for the 2005-2006 exhibition Prelude to Spanish Modernism: Fortuny to Picasso.

“We’ve long had the idea to donate these works to the Meadows Museum,” Coleman said. “SMU has been so good to us over the years, and the ties between our family and the University are many: my wife, Janet, our two daughters, and son-in-law are SMU graduates. It just seems natural. Over the past decade we’ve increased our admiration for Dr. Roglán and his work at the museum, and we hope that this gift will strengthen the 20th-century holdings in the collection.”