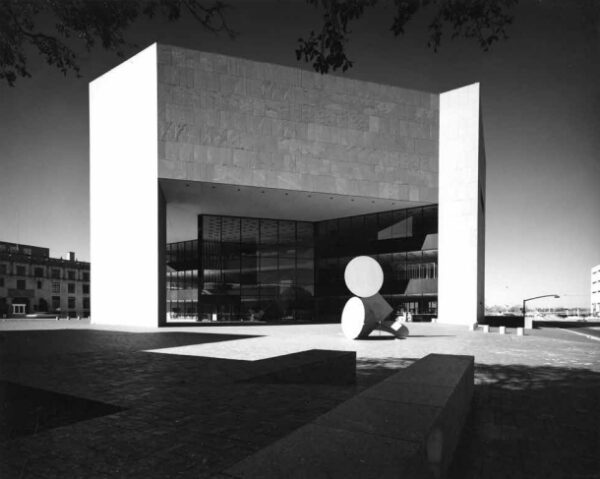 “During the 1930s, art flourished in Texas, and Modernism, that most current of art movements at the time, made its way to the Lone Star State, even as the depression dug in and the dust bowl grew. But Texas is vast and varied, so the Modernism(s) that took root in the major cities and academic centers in the state was varied too.

In Houston and Dallas, Modernism became the central focus for two small groups of local artists, made up mostly of youngsters, along with their forward-looking mentors: in Houston, the Cherry-McNeill Group; and the Dallas Nine (plus) up north.

Though not even 250 miles apart, the approaches to Modernism of the two groups in the two cities were markedly different, and were in some respects a microcosm of the different paths to Modernism on the national level.” 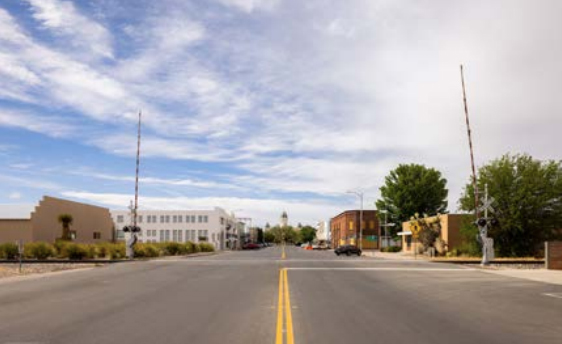 From the Chinati Foundation:

“The Chinati Foundation/La Fundación Chinati will present its 35th annual Chinati Weekend in Marfa, Texas, from Friday, October 7 through Sunday, October 9, 2022. The weekend offers one of the rare times visitors may wander the entire collection at their own pace, as part of a weekend-long, free, public program that honors a tradition of hospitality inaugurated by Chinati’s founder, the artist Donald Judd. A focus of Chinati Weekend 2022 will be the restored John Chamberlain Building, which is part of the newly designated downtown Central Marfa Historic District.” 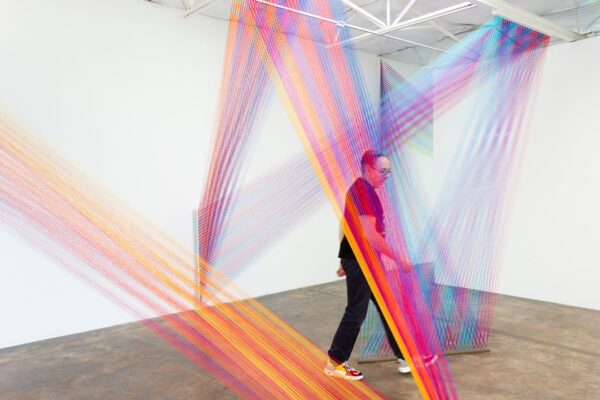 “With this exhibition, Dawe brings together his studio practice and his site-specific work to create an immersive and glorious environment. Ode to Futility marks Dawe’s first monumental site-specific installation at the gallery alongside new sculptural works by the Mexican-born, Dallas-based artist.

Spanning one hundred feet in length, Dawe’s most recent Plexus installation transforms the Main Gallery through a complex system of multicolored sewing thread that creates spellbinding chromatic environments and challenges our perceptions of space and color. For the first time, Dawe has created an environment resplendent with a variety of media, as he intermingles his sculptural works, mixed media works, and a site-specific installation together in one exhibition.” 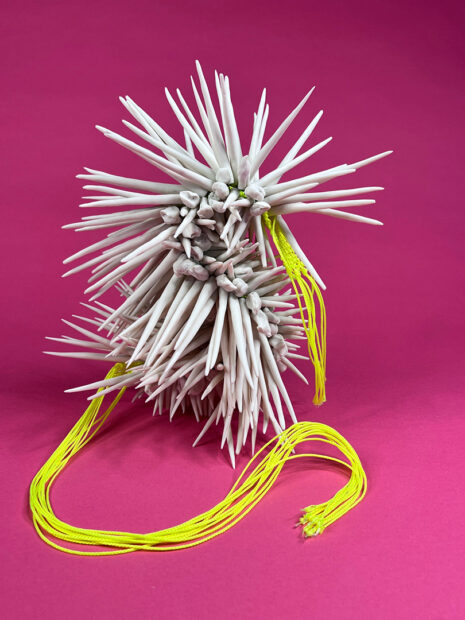 “For Dallas-based Jen Rose, art is a practice of constant experimentation: question everything. This philosophy is apparent in the diversity and volume of her output, as is her tenacity and devotion to technically difficult materials. But, it is her use of multiples that persists through her evolving bodies of work.

ARTIST STATEMENT
My use of multiplicity in non-traditional craft media began after the unexpected loss of my father. In response to my grief, I created an exhibition of one thousand octopus tentacles that projected from the wall. Hand-making each porcelain tentacle created a meditative studio experience that gave my mind room to heal during the 12-month process of making this piece.

I learned some core lessons about my studio practice when I returned to clay in 2015. I learned that creating multiples and assembling them into installations allows me to work in small bursts throughout the day. I don’t need a large window of time to create work and this makes me impressively productive. I learned that process is critical to my practice and I enjoy developing the process just as much as seeing the finished product. I also learned that freedom comes from structure. I generally see the finished installation in my mind before I ever step into the studio, but the structure and routine required to execute the piece balances my mind.”

“La Línea Imaginaria is a binational exhibition of pieces including sculpture, photography, videos, and drawings by artist Karla García. The installation features the cactus form in clay as an interpretation of Mexican cultural history. The sculptures are created with raw terracotta clay to honor the US-Mexico borderland. With objects on display at the same time in both Chamizal National Memorial in El Paso and Parque Público El Chamizal in Ciudad Juárez, La Línea Imaginaria connects the two parks and their respective cities.”

Great picks, particularly the HETAG exhibit in Houston. And the article on that exhibit is very enlightening.