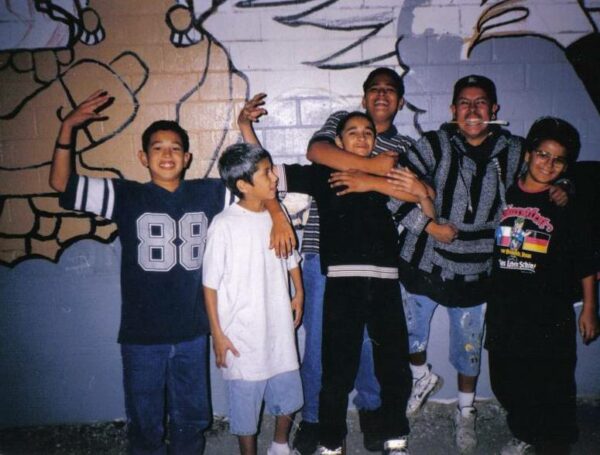 The mural, completed in 1998, was executed by Israel “Izzy” Rico at the invitation of SACA’s executive director, Manny Castillo. At the time, it was only the second of what would eventually become six murals on Brazos Street. The 82 by 20-foot mural was painted by Mr. Rico, Krystal and Udanna Gonzales, and countless community and youth volunteers. The design incorporates four different Aztec legends, including the Creation of the Race, the Hierarchy of the Aztec Empire, the Birth of Huitzilopochtli (the Aztec god of war), and the Legend of the Volcanoes. 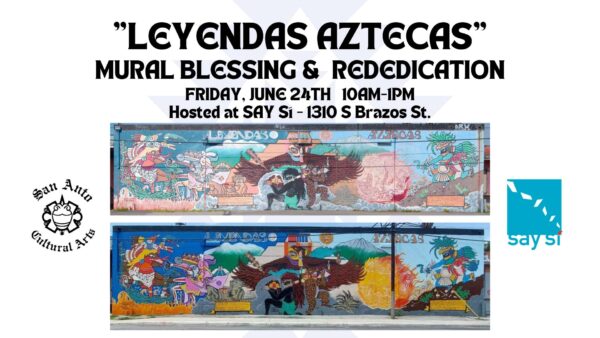 In a video interview with La Prensa Texas (a bilingual newspaper and online publication in San Antonio) regarding the importance of preserving the mural, Ms. Torres remarked, “We don’t want to forget la raza and the fact that the community cares about these murals… we still care and this is something we want to pursue, sharing our culture.”

Today, June 24, 2022 between 10 am and 1 pm, a blessing and rededication ceremony will take place at the mural.