This is Guillermina “Gisha” Zabala, 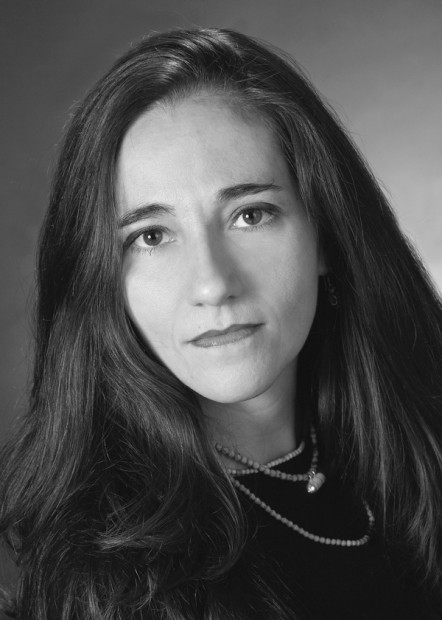 an artist and filmmaker from Argentina who makes her home in San Antonio with her Uruguayan husband Enrique Lopetegui, music editor of the San Antonio Current, and their daughter Shanti. You can watch an excerpt of her San Antonio Artist Foundation Award-winning film, F-Watch, here.

“I, Me, Light,” Zabala’s video installation at last year’s Luminaria Arts Night was, for me, in the top three strongest pieces in all the (HemisFair) land. It occupied a central plaza-like space with a mid-century falling-water type fountain in it— she projected three ever-changing video images of various San Antonians drawing words in the air with their fingers, the path of which Zabala illuminated. The videos projected through the falling water, onto screens, so that the videos were visible from either side. In a bewildering atmosphere of competing musical performances and spin art and crowds, this piece got throngs of people to stop and be silent, to ruminate and decipher.

Here are two photos, which don’t reallygive you the whole experience, of course. The sound of the water was really nice, as well as the contemplative editing. 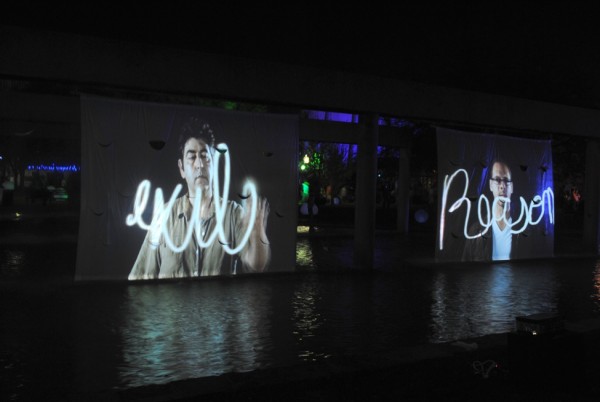 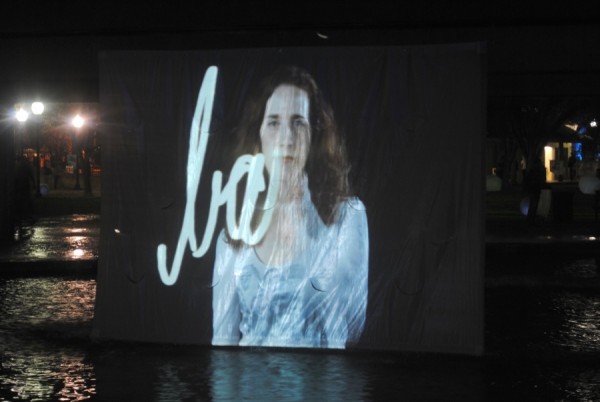 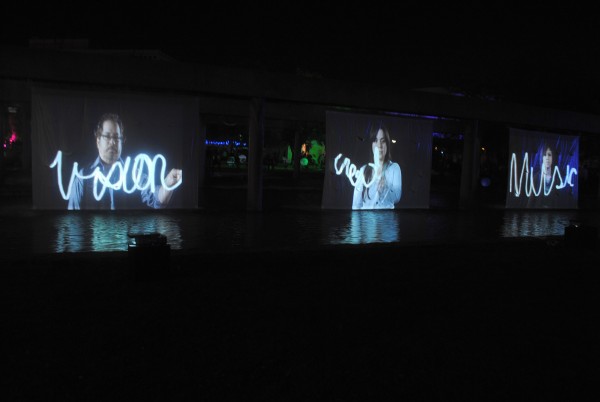 I first became aware of her work at a video art exhibition at UTSA Satellite Space at the Blue Star complex a few years ago — a great anguished squall of a three-channel video called “State of Disunion” which employed Noh-like performers reacting to a particularly Orwellian Dubya State of the Union address, very powerful, gutsy stuff with a lot of impact and style. She captured the visceral fear and spiritual unease gripping the Bush-era nation and made it baldly physical, and sad, and scary.

A verbal description is hard to do, both of this piece and her Luminaria piece, which to my mind is a good thing in that both are disorienting and complex and nuanced and ineffable. When I told her that, she said “it’s a good thing, though it’s maybe a little unlucky. I don’t want to give away everything [in my video art], I want the viewer to bring a lot to it and have an experience that [the viewer] dictates, not me explaining it,” which has resulted in “some of the writing about my work can be a little… confused.” She shrugs. “It’s a natural reaction, I don’t want to say it’s not valid.” 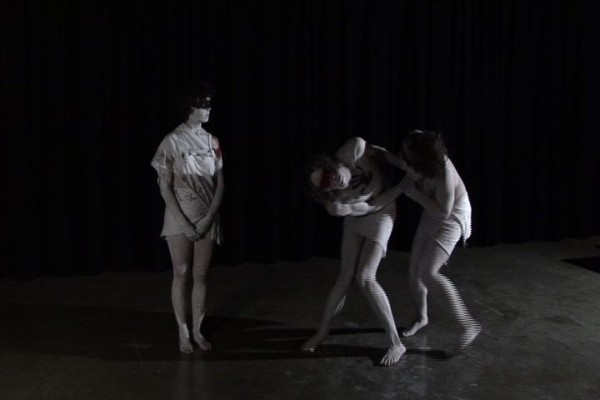 A still from "State of Disunion"

In addition to making some of the most inspired video art I’ve seen in town, Gisha Zabala’s also Media Arts Director at Say Sí, a renowned arts education nonprofit for kids. When I found this out about her, I laughed. It was like hearing somebody’s kids had gotten the Beatles Rock Band and were really digging Revolution No. 9. But there you go. (Also, this was before I saw “I, Me, Light”). She’s teaching kids (many, though not all, from at-risk schools), how to make films.

This is Emileigh Potter, 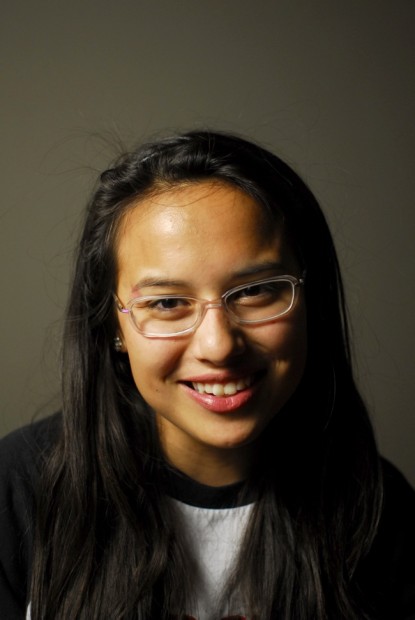 one of Gisha’s students in the media program at Say Sí. She’s impassioned, very bright, and ambitious as all git out. After she graduates from high school next year, she plans to go to film school and become a…well, a degreed documentary filmmaker. She’s already a documentary filmmaker; her first film, The Dreamer, is an account of the struggles of Bennie Veliz, a young woman referred to as “the poster child of the Dream Act,” a gifted and determined high school valedictorian and graduate of St. Mary’s University who, after being stopped for a minor traffic violation by the notoriously severe police in Helotes, TX, came up for deportation. 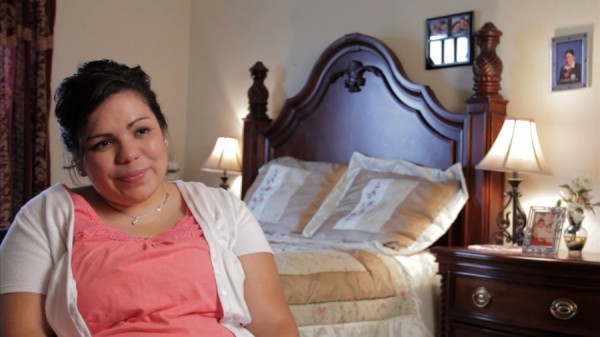 Bennie Veliz, in a still from Emileigh Potter's documentary

Gisha worked with Emileigh on The Dreamer, and according to Emileigh “really got me going on making this statement. There were technical things I was worried about, but [Gisha] would say you can do this, and I just got hooked on the whole process. At first there were times [when I thought] ‘OK, Gisha, if you say so,’ but she really encouraged me to go with the story I wanted to tell. …There’s nothing else I want to do. I realized that while I was making [The Dreamer]. This is it.”

This Fall, The Dreamer won the PBS and Adobe’s Project VoiceScape Project’s “Most Inspiring Documentary” award, and Emileigh and Gisha attended an award ceremony in Washington, D.C., on Oct. 15, 2011. The Dreamer aired on POV, and you can watch it here.

I spoke to Emileigh in November. Her excitement was still palpable. It excited me.

Now back to Gisha.

For the past five years, she and her husband Enrique have been co-directing a documentary called Juanito’s Lab which, as explained on the project page on United states Artists, “explores the life and art of 22-year-old Juanito Castillo, a blind musician proficient in 14 instruments and considered one of the most talented and versatile young accordion players in South Texas.”

Gisha says, “[Juanito] is extremely talented, and he knows it — he’s got all the swagger of any teenage boy” — they started filming when Juanito was 17 — “but it’s like how you say in the States, ‘turned up to eleven.”

You can watch a fascinating and moving video excerpt from a 2007 interview with Juanito here.

Here’s a very recent, really funny, swagger-to-eleven short video of Juanito reacting to the news that the doc isn’t 100% funded yet.

So will Juanito’s Lab be. 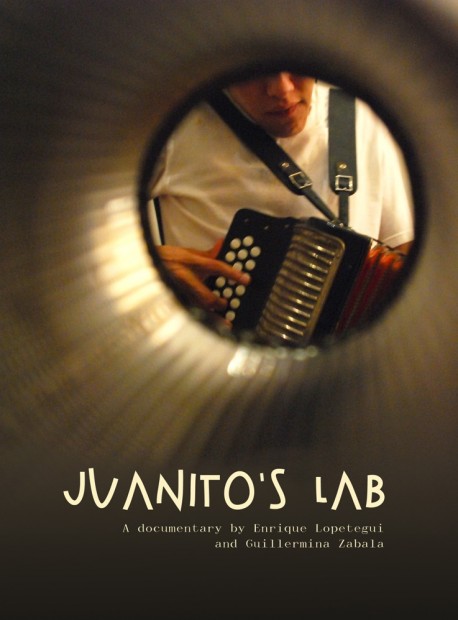 As of this posting, Guillermina Zabala and Enrique Lopetégui are just about $1600 short of their $5000 goal, and have 17 days left. Check out all the sites and clips and if you’re moved to, help ’em out. You could post a link to this blog post on your Facebook feed, too! Or twitter. Or have it spelled out in skywriting above Houston, say. Up to you really.