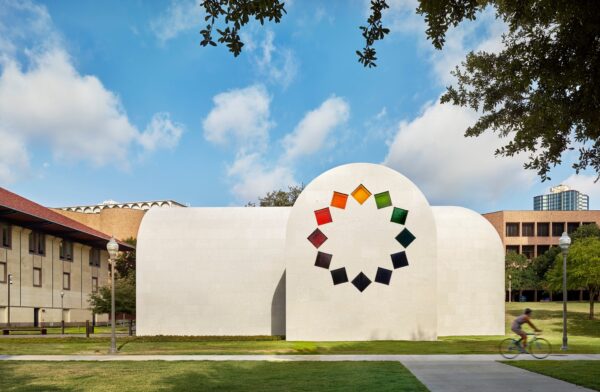 UT Austin’s Blanton Museum of Art has announced a major boon to its ongoing campus expansion. Longtime museum supporters Sarah and Ernest Butler have given the museum $5 million to be used toward the construction of a long-term, outdoor space dedicated to sound art.

The Butler Sound Gallery will be located east of Ellsworth Kelly’s Austin, the museum’s signature public work, and will open with an installation by sound artist Bill Fontana incorporating field recordings of Texas wildlife and geological structures. 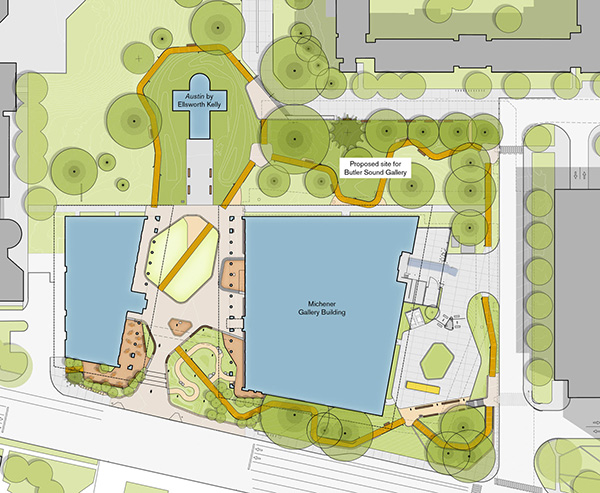 “For me, it felt especially important to launch this project with an artist whose work will not only surprise us and help us see more clearly through sound, but also will create a time capsule that captures the beauty and wonder of our rapidly changing world,” says Simone Wicha, the Blanton’s Director, in a statement announcing the gift. A sound sculpture by Fontana similarly incorporating field recordings from nature was permanently installed in a portion of the River Walk near the San Antonio Museum of Art in 2009. 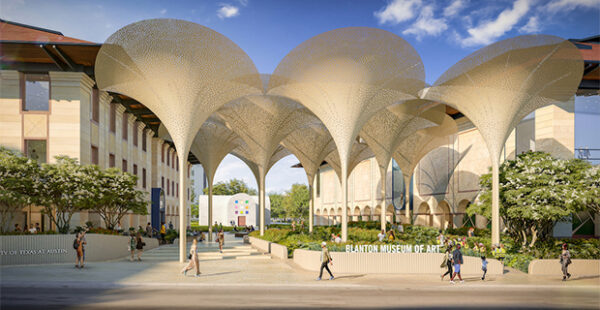 The Butler Sound Gallery will be a major component of the Blanton’s large-scale grounds revitalization, which is being led by international design firm Snøhetta. In addition to the Butler Sound Gallery, the grounds overhaul will also include a mural by Cuban-American artist Carmen Herrera, and a new patio incorporating multiple performance spaces.

The Butler Sound Gallery — and the rest of the revitalization — is scheduled to finish construction in late 2022. The inaugural sound art installation by Bill Fontana is expected to remain in place for two years. The $5 million gift also includes an endowment for future sound art installations to be organized by Blanton curators after Fontana’s work is uninstalled.

For more on the Blanton, please go here.