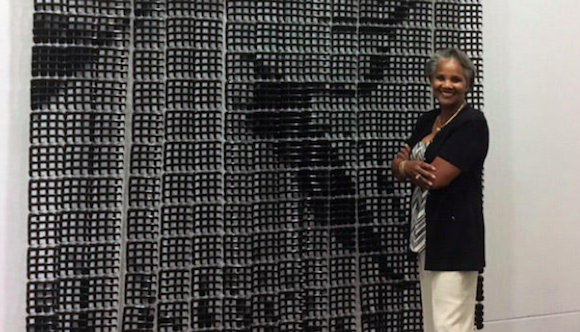 Businesswoman Marilyn Johnson moved to Austin in the 1990s and became a docent at the Blanton Museum of Art in 2012. When she visited the museum, reports KUT.org, she realized she wanted to do more than teach people about the collection. She showed up to the Blanton the next day with a $5,000 check wanting to start a fund to procure a work by an African American woman.

Johnson is no bored retiree. She is now one of the Blanton National Leadership Board members and has quite an impressive resume (which can be viewed on her website). Johnson is also very determined. Working closely with Veronica Roberts, the curator of Modern and Contemporary Art at the Blanton, she raised $72,000 over four years to acquire Sonya Clark’s ten-foot tall Madam C.J. Walker, made entirely of combs. Most funds came from Austin’s black professional community.

I have long been inspired by Madam C.J. Walker’s incredible life as a businesswoman, philanthropist, and activist who empowered so many others to achieve success. Seeing this work for the first time was such a powerful moment for me. Moreover, what I find most moving is that having it on view at the Blanton means that this important woman and her national legacy will be shared with our community—conveying to the public that this museum, and art, is something all of us can enjoy and learn from. I believe this will be a highlight of the Blanton collection.

The new acquisition will be on view when the Blanton reopens its upstairs galleries in February with You Belong Here: Reimagining the Blanton. 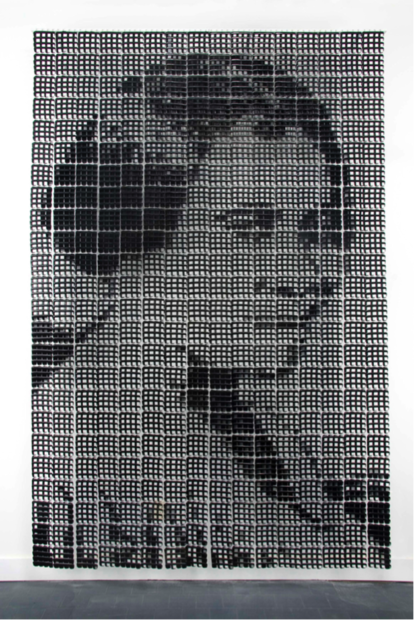