Ride Along With Ruscha: Cruise 40 Years of the Sunset Strip 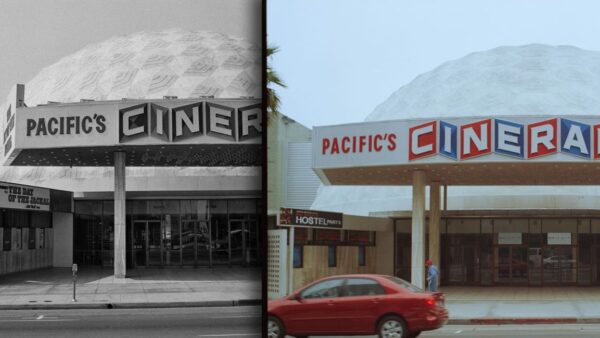 Well, this is a successful distraction.

In 1966, Ed Ruscha drove the length of the Sunset Strip in West Hollywood with a motorized camera strapped to the back of his Datsun pickup. The resulting artwork is his iconic Every Building on the Sunset Strip (1966). Ever since then, Ruscha and various helpers have been photographing Los Angeles in the same manner, on real film, including the Strip. You can think of it as a primitive (yet highly evocative) form of Google Street View.

The Getty Research Institute owns the archive of what is now more than 500,000 images; it has thus far digitized 60,000 negatives of both sides of ever-evolving Sunset Boulevard. The result is 12 Sunsets: Exploring Ed Ruscha’s Archive, recently released by the Getty. It’s one of the more engaging interactive websites we’ve experienced lately. It was built by Stamen Design in collaboration with Getty Digital. 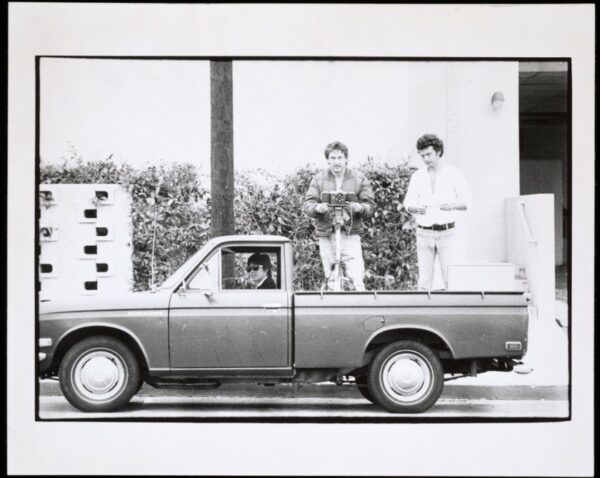 You can use the interface to “drive” the snaking length of Sunset, from downtown to the coast, and explore the the way the Strip has looked and felt (Ruscha-style) across time and space. You choose your ride (the Datsun, a Volkswagen bus, or a Beetle), start at Tower Records (R.I.P.) and head off in either direction. The archive is largely black and white, but in 2007 jumps to color. You can “zoom” in on particular spots. Or just cruise along and marvel at the way civilization unfolds.

So if you’re feeling pent up and would like to get out of the house, here’s one way to do it. Go here to explore.