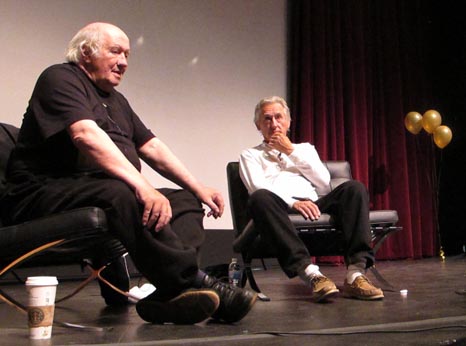 Upcoming at UT’s Blanton Museum of Art in Austin is a slated in-person discussion between artist Ed Ruscha and writer Dave Hickey. These two old friends and wooly wild-westerners should have a lot to talk about. On Wednesday, Jan. 20 at 6 p.m., Ruscha (via the Blanton) “discusses his life and work… [he] has been deeply influenced by his love of books and language. Ruscha’s work is in the collections of museums worldwide, and in 2013, he was honored by Time magazine as one of the 100 Most Influential People.” Hickey, of course, wrote Air Guitar, The Invisible Dragon, and a lot of other amazing things.

This event is free and open to the public, though it’ll fill up, so show up early.  It takes place in the Blanton’s auditorium. For more info, go here.

Ride Along With Ruscha: Cruise 40 Years of...

Im interested in seeing this but am unable to attend. Will it be recorded?

According to a source at the Blanton, the Harry Ransom Center is recording the talk, but they don’t have plans to make it live.

Hopefully they will post it on youtube or their site. If you hear anything could you please keep us notified.